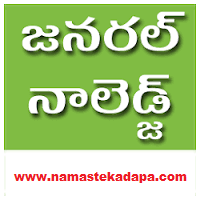 1. Who firstly predicated the existence of electromagnetic waves?
Answer  : Maxwell
2. Who is the winner of Saraswati Samman 2012?
Answer  : A.A. Manavalan
3. When was decimal coinage Introduced in India?
Answer  : 1957
4. Why have continents have drifted apart?
Answer  : Because of tectonic activities
5. Which ruler was adorned with the title of 'Maharajadhiraja' (King of Kings) ?
Answer  : Chandragupta I
6. What represents the most complex level?
Answer  : Ecosystem
7. Which was the first woman film star nominated/ elected to the Rajya Sabha?
Answer  : Nargis Dutt
8. Which type of glass is used in making lenses and prisms?
Answer  : Flint glass
9. Which is the smallest water body?
Answer  : Japan Sea


10. In ancient peninsular India, who assumed the title 'Vatapikonda'?
Answer  : Narasimhavarman
11.  The Golden Palmd’or award at the 65th Cannes Film Festival was received by which person?
Answer  : Amour
12.  Which Indian batsman made three consecutive centuries in his first three Test matches?
Answer  : Mohd.  Azharuddin
13. Which is the largest flower in the world ?
Answer  : Rafflesia
14.  Which European country borders Atlanic Ocean?
Answer  : Portugal
15. Prithviraj Chauhan belonged to which Rajput dynasty?
Answer  : Gahadavalas
16. Whose prior consent can the Money Bills be introduced in the State Legislature?
Answer  : Governor
17. The intensity of a magnetic field is defined as the force experienced by which pole?
Answer  : Unit north pole
18.  Among Indian Economists who had done pioneering work on National Income ?
Answer  : V.  K. R. V.  Rao
19. Which country makes maximum use of the geothermal energy?
Answer  : Iceland
20. Under which Sultan, Khalisa land increased considerably?
Answer  :   Alauddin Khilji