*The following story is a work of fiction. Not suitable for sensitive readers/viewers.


Good day everyone, Happy Halloween! I know it's been a while since I've written, but a lot has been going on. Two Back To Basics Publishing's releases have received 5-Star Readers' Favorite seals, and I have more releases are still forthcoming.
I found myself working a lot and not really having any fun. I decided I needed a hobby, but most of what the internet tests I took to match me with the perfect hobby seemed to come up with suitable matches.  Then it hit me.

How does Santa’s New Digital Lifestyl…
Home Interior Decorating With Persian…
Bitcoin Shows No Sign of Recovery, In…
OPINION - Shields and Brooks 9/6/2019
Long Island Sounds August 2019
I had been watching quite a few stand-up comedy shows on Netflix and my favorite by far was Jeff Dunham. I've watched his videos hundreds of time in the last few months; I even purchased a few others from Amazon. Every time I do I think, I talk to myself all the time, I can do that! Finally, it hit me; my new hobby would be ventriloquism!
I watched videos on YouTube for tips and practiced my new hobby every spare minute I had, but something didn't feel right. I was talking to myself, but I didn't have a Puppet. Luckily, I Jeff Dunham had the solution I was looking for, Lil' Jeff!
Once again I took to Amazon and then anxiously awaited the arrival of my new little friend. When he finally came, I couldn't have been more thrilled. However, the box he came in should have let me know this was not the typical puppet. It was all beat up; I even joked that it looked like he tried to escape. Little did I know this wasn't far from the truth!
I have had a fear of clowns for as long as I can remember, so when Lil Jeff was finally removed from the box the first thing my family said was that they were surprised I would want a puppet considering my fear. However, I didn't see my new friend this way. To me, he was cute. I was excited to get him talking, so I started immediately.
A few hours later I put my puppet down next to me. His head turned on its own, but I thought nothing of it and left the room. When I returned, I noticed Lil Jeff was not in the same place or position I had left him. Again, I thought nothing of it; I figured it was my family playing a trick on me.
The next morning, I awoke at my usual time. I was sitting with my cup of coffee and watched the news, typical morning. That is until I saw the breaking news bulletin segment. They were reporting a mass murder, in my town! The only survivor described the perpetrator as 30 inches tall with brown plastic hair and a black long sleeved shirt and jeans. My first thought was, That sounds like Little Jeff! Wait, where is he?! My little friend wasn't where I left him. In fact, he was nowhere to be seen. I had to find him, but where to begin my search?
I went into the hallway and heard noises coming out of the bathroom. Nobody else was in there, so I slammed the door open. I was sure my mind was playing tricks on me and not really expecting to see anything but an empty bathroom when I flicked the light on. Unfortunately, that's not what happened.
The second I turned the light on I saw Little Jeff. He was standing in the middle of the shower, holding a bloody butcher knife.
"Very funny, guys!" I yelled out, still believing this was nothing more than a prank. As I was taking him out of the shower, I said aloud, "Who would believe a dummy would be a killer? There's nothing evil about him. He's smiling, for crying out loud!"
"It's painted on, dummy!" Little Jeff said before taking a swipe at my arm with the knife.
I said a few choice words as I dropped him. He stood there laughing at me for a moment before proceeding forward, his intent obvious. "I am your master. I command you to stop!" I shouted.
He laughed and said, "You're the master? I don't think so. You need to be taught who really pulls the strings around here."
What happened next is still a bit fuzzy as I passed out. When I awoke, I was in a hospital room. I had a few injuries, but nothing major. My major malady was shock. Anyway, from what I was told, I yelled before passing out, and my family came running.
Little Jeff knew he was trapped and outnumbered, but wouldn't go down without a fight. He quickly mixed liquids in the medicine cabinet and threw it at the first person to enter the bathroom. Now I know you're probably thinking the substance was sort of explosive, Little Jeff probably thought so too. Luckily, it wasn't. However, having liquid unexpectedly doused on an expecting person turned out to be the diversion Little Jeff needed to escape. We have not seen or heard from him since.
Not long after this incident, we noticed the scary clown epidemic began. We have no proof Little Jeff had anything to do with it but we can't honestly say there's no way he isn't. If you see him, run away and call the police. And whatever you do, don't call him cute or a dummy, both seem to bring out his evil side.
Was this story a trick or treat? I'll leave that up to you to decide. However, before you make your final decision, I implore you to take a look at the picture below. 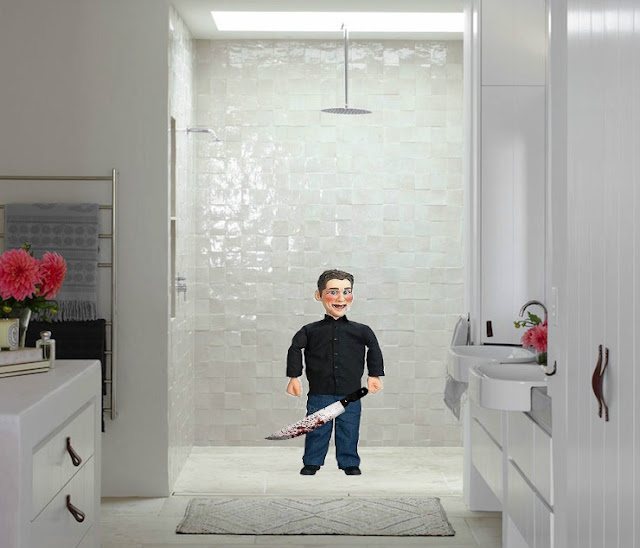 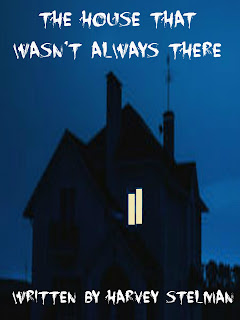 If you are looking for another strange short story to read this Halloween I highly recommend The House That Wasn't Always There by Harvey Stelman.
Happy Halloween!!! 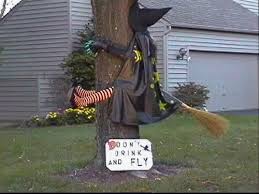 How to Adopt the Mindset of a Successful Person?