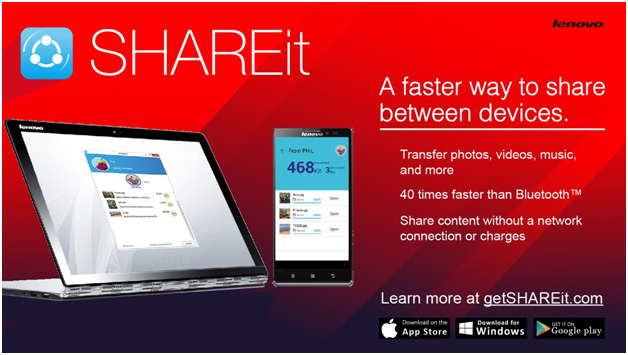 What to wear: outfit ideas for Christ…
Mr Vegas Casino Review – Get up to a …
New Everton Boss Rafael Benitez Ready…
Trivial Proof of the Collatz Conjectu…
2021 MacBook Air to Come in iMac Insp…
Shareit is file transfer app developed by Lenovo that allows free file transfer like photos, documents, audios, or even videos via temporary wi-fi hotspot connection. If you are using Shareit on iOS device then receiving device must also be on same wi-fi network.
Shareit doesn’t require any network or internet connection for data sharing rather it uses wi-fi technology called SoftAP that establish a private network through which other nearby devices could connect and transfer files.There is no limit for transferring files among the devices but for the heavier files (size more than GBs) speed could be affect.
Shareit is available in more than 39 languages in which major languages are: French, English, Spanish, Russian, Arabic and Chinese.
Shareit also provide one another service along with file sharing called CLONEit which replicate contacts, SMS, MMS, music, video, apps from old phone to new phone.

Steps To Transfer Files Via Shareit:

Before transferring files among the two devices you must ensures that both devices having Shareit app installed. If installed then follow below steps to transfer files.
I hope now you will be familiar with Shareit device to transfer files. If you have any doubts or need any clarification post your comment.