Angelina Jolie, Brad Pitt Custody Trial: “I Am Being Villainized, Want To Be A Good Mom” 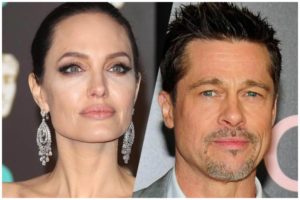 Entire world knows Hollywood’s the then powerful couple Angelina Jolie – Brad Pitt separated their ways in September 2016. The couple, who were popularly known as Brangelina by their fans, called it quits after 11 years of togetherness and six kids.

It was Jolie who had filed for divorce in 2016 and since then the battle over kids custody is getting ugly by each passing day. It’s been two years the divorce proceedings is going on and couple is trying to settle custody out of court. They had tied the knot in the year 2010, and was one Hollywood romance that set examples of love all around the world, are fighting for kids custody. Angelina is seeking sole custody, whereas, Brad wants joint custody of their kids.

Is Angelina Jolie Dating A Real Estate Agent After Brad Pitt Split? Here Is The Truth..

The over all fight which had once put Brad Pitt in a bad place, has put now Angelina in a bad light by the media. The Maleficent (2014) star feels that she is being unfairly villainised in the divorce drama according to HollywoodLife.com. “All she wants is to be a good mom. She’s doing what she feels is the best for her kids and people are passing judgment and acting like she’s the bad guy,” an insider revealed to HL.

“All she wants is to be a good mom. She’s doing what she feels is the best for her kids and people are passing judgment and acting like she’s the bad guy,” they went on to add.

‘When it comes down to the opinions of others Angelina really doesn’t waste a lot of time worrying because she knows she can’t change anyone’s mind and she’s not going to bother. All she cares about is what the judge is going to say, that’s the only outside opinion that matters to her.’

Brad ad Angelina are trying to settle out of court before custody trial – scheduled to take place on December 4, 2018 – which will determine the fate of their six children.

“Both parties are working together to try and reach an out-of-court settlement and avoid an actual trial. Both parties want what’s best for the kids,” a source revealed to Entertainment Tonight.

What do you think? Will Angelina and Brad will seetle out of court? Tell us in the comments box.

The post Angelina Jolie, Brad Pitt Custody Trial: “I Am Being Villainized, Want To Be A Good Mom” appeared first on Eventznu.com.

Angelina Jolie, Brad Pitt Custody Trial: “I Am Being Villainized, Want To Be A Good Mom”