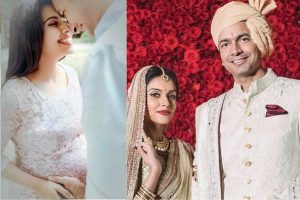 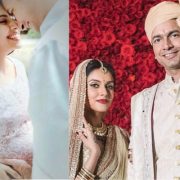 After Sohal Ali Khan and just two days ago we gave you the news of Esha Deol blessed with a baby girl named ‘Radhya’, actress Asin becomes the latest to join the new mommy bandwagon in B-Town. Asin delivered a healthy baby girl yesterday morning. It is such a surprising yet wonderful news when the couple announced about the arrival of their little baby, as the media were unaware of the fact that Asin and her husband were expecting their first child. (Also Read: Celina Jaitly Announces Arrival Of Her Second Set Of Twins, One Dies Due To Heart Conditions)

The Most Important Cribbage Rules You…
An Act of God?
Beginner Art: Acrylics vs. Oils, Wate…
Yemen: Top 10 Amazing Attractions and…
Tips To Enhance Workplace Productivit…

Ecstatic to announce that Asin & I have been blessed with an Angelic Baby Girl earlier today. Thank you for all your love & wishes. pic.twitter.com/DQvKemIeWI

Actress Asin and Micromax CEO Rahul Sharma made an official announcement of welcoming a baby girl. The couple said, “We are ecstatic to announce the arrival of our angelic Baby Girl earlier today. The last 9 months have been most special and exciting for the both of us and We would like to thank all our well wishers and everyone who has been part of our journey for all their love and support.”

The couple haven’t yet named their baby.

Asin and Rahul tied the knot last year in January. Asin and Rahul met as friends and later fell in love and all thanks to Akshay Kumar as he was the one who introduced them each other and rest is the story we all know.

Akshay Kumar is a very good friend to Rahul Sharma and he was grooms best-man when the couple had christian wedding ceremony followed by Hindu rituals in Delhi.

Asin and Rahul Sharma’s wedding had earlier grabbed all the media’s attention. Later, Asin took a break from movies to enjoy her married life. Well, she kept her private life and pregnancy pretty much under the wraps from all the media buzz.

Eventznu congratulate the new parents for their little bundle of joy. Keep following us, we will share the first pic of the baby and name soon.

This post first appeared on 6 Super Quick Home Remedies For Damaged Hair - The, please read the originial post: here
People also like
The Most Important Cribbage Rules You Should Know
An Act of God?
Beginner Art: Acrylics vs. Oils, Watercolors
Yemen: Top 10 Amazing Attractions and Mysteries from the Past
Tips To Enhance Workplace Productivity With Technology
15 Insanely Perfect Backpacks For Teen Boys
Outriders Review – Gears of War, But As an RPG-Looter-Shooter?
Stuck at Home Alone - Five Romance Stories You Can Read on Saint Valentine’s Day