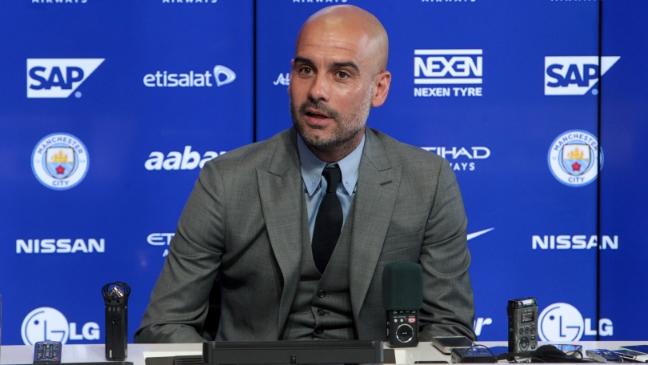 Manchester City Manager, Pep Guardiola has challenged the England forward, Raheem Sterling to stay focused after showing an impressive performance against Steaua Bucuresti on Tuesday.
Guardiola was full of praise for the Manchester City forward at the first leg of UEFA Champions League play-offs, but insists he can improve even further.

“Until now, Raheem is playing really good but he’s only 21-years-old so he has to learn a lot, Guardiola told ESPN.

Coach Depression sent in the play, wh…
5 Ways To Share Your Skills With Othe…
Philip La Bossiere Interior Designer
Dogecoin Price Prediction 2019: DOGE/…
Rabies – What to Do If You Get Bitten…

“The best advice is to keep calm and focus on his training, his body and his personal life. Then when that happens he has a lot of quality — he’s fast and has good work ethic.

“He can go byline or inside. When he comes inside to play he has the quality to link up with his teammates. He’s a fantastic player and that’s why I think (Director of Football) Txiki (Begiristain) and the club were so clever last summer to buy him.”

The team from the blue half of Manchester have all, but secured their place in the Champions League group stage with an emphatic 5-0 win in Romania.