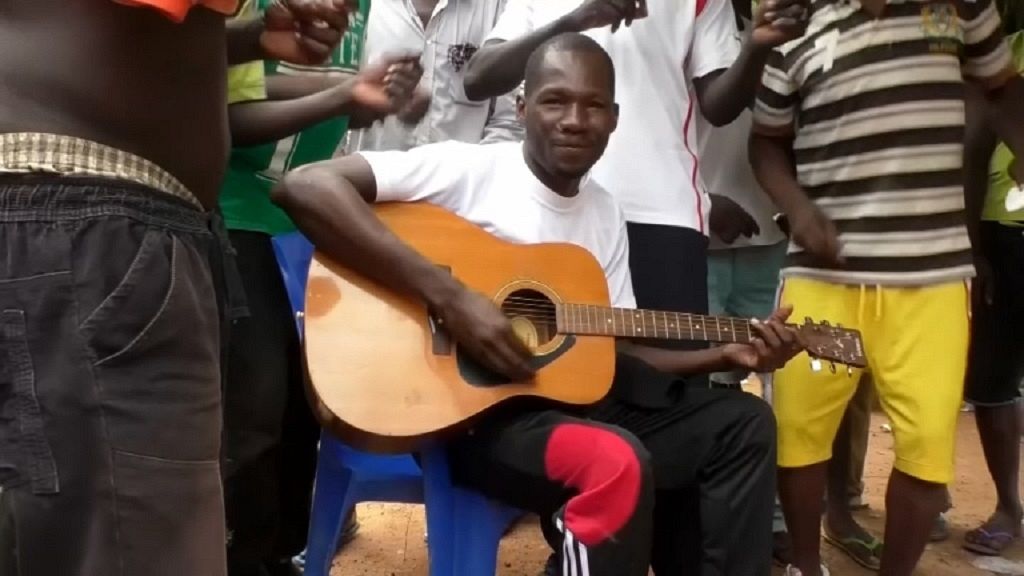 Help For The Inner Journey
$50 Million Stolen from Upbit
How To Stay Focused And Motivated In …
The Ultimate Winter Bucket List Accor…
Testing 1,2,3. Checking in to see if …
In this cramped, overcrowded prison cell, Tapsoba can often be found writing Song lyrics, as his cell mates help him out by singing the songs.

It is normal that when you do something bad you end up in prison. But, I think it is better to prepare for your exit. I have achieved my objective already and I am always looking forward to what to do so that even after prison, I can go on and also, why not, support other convicts.

There are more than 2000 inmates here with sentences that range from a few months to life in prison.
Singing in Moree and French, Tapsoba’s work is a blend of different genres, including reggae and Warba, a music style that is popular in Burkina Faso.
Tapsoba explores a range of topics in his songs as well, including young love, his bond with his mother and youth unemployment.
Tapsoba rediscovered his love for music during Weekly Music Lessons held by the prison, as part it’s rehabilitation program.
It’s during the weekly music lessons that prison guard Karim Ouedraogo noticed Tapsoba’s talent.
After committing four songs to paper and hours of practice with fellow inmates in the prison court yard, Tapsoba eventually sat down to record his songs, with a guitar, an electric piano and a rudimentary laptop computer manned by Burkinabe artist and record engineer, Imam Keita.
The recording was organised by Freeman Tapily, a Burkinabe reggae star, who has held annual musical events for the last 8 years at the prison, as part of the re-habilitation programme.
His songs ‘Bayiri dem’ and ‘Kombibissi’, which urge youths to go and work, be proud and live simply, have particularly struck a chord with young people.
This country’s licencing and copyrights body, the BBDA, has offered to sponsor and distribute Tapsoba’s four-song album.
Source: AfricaNews
Peace Index ©2019