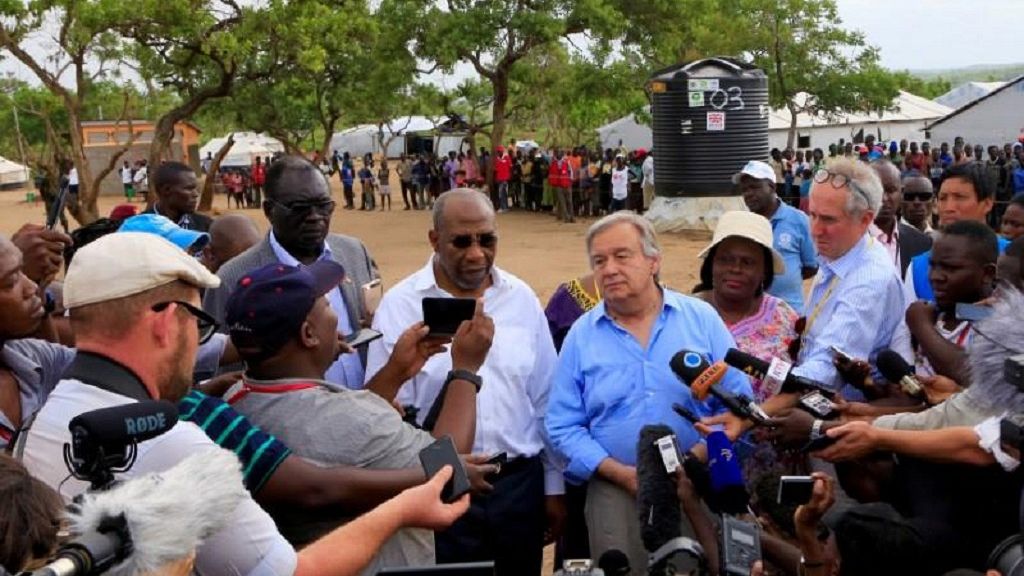 The United Nations (UN) has welcomed investigations by Uganda into Allegations of inflating refugee numbers, trafficking of women and children and fraud.
The allegations were first reported by Ugandan newspaper Daily Monitor which said the UN representative in the country, Rosa Malango questioned the numbers of refugees after a spot check in the capital Kampala found 7,000 people against the official figure of 19,000.

What is enzyme immunoassay
The Function of Protein in a Fitness …
Body Positive Fat And Sexy
Life at 57 - Where I'm At
Multi Functional USB Charging Heating…
On Friday, the UN Refugee Agency (UNHCR) issued a statement welcoming ‘steps taken by the Ugandan government to investigate allegations of wrongdoing in refugee programmes’.

UNHCR takes all allegations of corruption, fraud and misconduct very seriously. Dishonest or fraudulent conduct by those involved in Refugee Response causes great harm to the people we care for and erodes public confidence and donor trust.

So far, four government officials including the Commissioner for Refugees in Uganda, Apollo Kazungu have been suspended as investigations also consider whether UN aid agencies were involved in the fraud.
Uganda is said to host some 1.4 million refugees – welcoming more than any other country in 2016 – mostly from South Sudan and DR Congo.
But these allegations will cast doubts on those figures.
The allegations include faking documents on delivery of food assistance as well as demanding refugees pay bribes to access various services that should be free of cost.
“UNHCR takes all allegations of corruption, fraud and misconduct very seriously. Dishonest or fraudulent conduct by those involved in refugee response causes great harm to the people we care for and erodes public confidence and donor trust,” said Valentin Tapsoba, Director of UNHCR’s Regional Bureau for Africa.
“It is also a disservice to the model policies of Uganda, a country hosting more than a million refugees.”
Uganda operates an open border policy and allows refugees to enjoy similar rights to those enjoyed by its own citizens, provides access to social services and allocates land for shelter and agriculture.
A spokesperson of the prime minister whose office leads the overall refugee response in coordination with UNHCR and other UN aid agencies says ‘the investigations will determine what the facts are and what action to take’.
‘‘These reports do not change or deter Uganda’s long-held record and commitment to providing safety to refugees,” the spokesperson said.
UNHCR is also quick to point out that ‘corrupt acts of individuals should not be attributed to the integrity of all.
The agency commends the government and the people of Uganda for offering ‘remarkable hospitality and generosity’ in sharing their land and resources for decades.
Source: AfricaNews


This post first appeared on Peace Index, please read the originial post: here
People also like
What is enzyme immunoassay
The Function of Protein in a Fitness Diet
Body Positive Fat And Sexy
Life at 57 - Where I'm At
Multi Functional USB Charging Heating Scarf Solid Electric Scarf
Anxiety, depression, pain relief, sleep, stress, and more can all be helped with CBD oil.
WHY THE DALAI LAMA HAS AN ENGLISH ACCENT
How To Stop Inflation-Induced Overspending
Benefits of Turmeric for Sciatica and Back Pain
Big Sean's Sean Anderson Foundation Donates $10,000 to Wayne State University's High Program - @BigSean
Hong Kong’s First Case Of A Luxury House With A Value Of Over 100 Million Having Serious Quality Problems, While The Government Fails To Act
Promoting Safe Storage of Firearms Can Sway Service Members, Vets, Study Finds
Crosswords with Friends October 10 2022 Answers