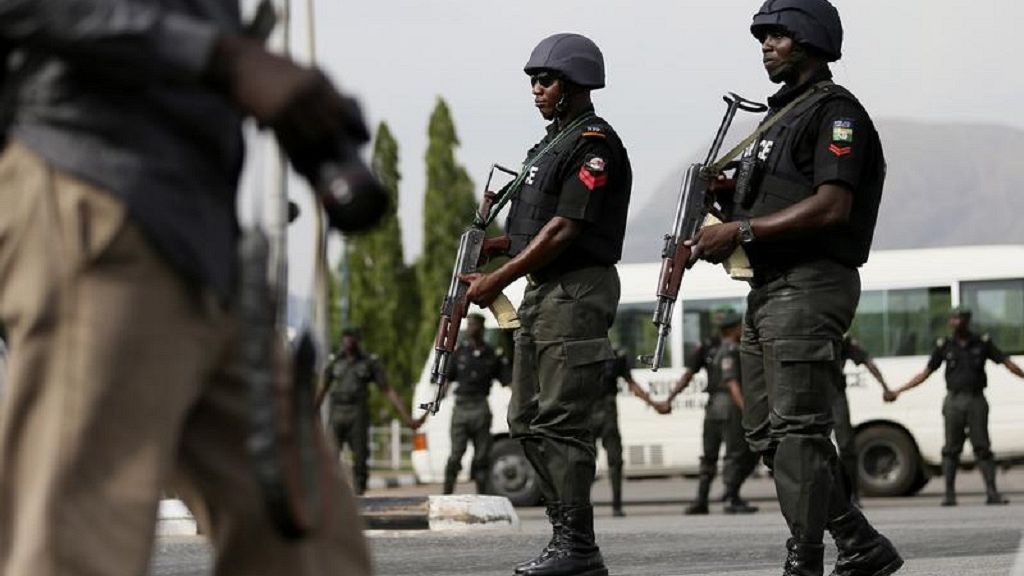 Reports from Nigeria indicates that police have arrested about 39 men suspected to be separatists from Cameroon’s restive south. They were apprehended on Thursday by security forces in the town of Nguroje, in the country’s northeastern Taraba state.

Kestrel Lodge campsite
Send Money through ACE Money Transfer…
What is UPF clothing? Does that mean …
Wikileaks’ Former Payment Processor’s…
Sapphic Retellings
Locals who spoke to Africanews correspondent Ibrahim Abdul Aziz said the alleged “separatists” have been hovering in the area for more than two weeks having training sessions on gun shooting.
They were initially arrested by the military before being handed handed over to police divisional headquarters in the town of Gembu.

They claimed to be refugees from Cameroon Republic, but their movement was suspicious because they did not report their arrival in the area to any security agency or any other appropriate authority.

“The gun trainees numbering 39, comprises of five trainers suspected to be Niger Delta militants from Nigeria’s south along with 34 Cameroonian trainees” a local chief told our correspondent on condition of anonymity.
Taraba State police spokesperson, Assistant Superintendent of Police, David Missal, confirmed the arrests to newsmen in the state capital, Jalingo. He, however, disputed the account of locals by saying there were no incriminating weapons found on the detainees.
Mr. Missal, added that the age range of the suspects was between 30 and 40 years. Their arrest he stressed followed an alarm raised by residents of Nguroje. Interrogations are underway to ascertain their “mission” in Nigeria.
“The strange men, who were allegedly harboured by a woman in the community, were first taken to Gembu Divisional Police Headquarters where they were interrogated and later transferred here, the Command Headquarters in Jalingo for further investigation.
“They claimed to be refugees from Cameroon Republic, but their movement was suspicious because they did not report their arrival in the area to any security agency or any other appropriate authority,” he said.
Missal recalled that earlier batches of refugees who fled the crisis-ridden northeast and northwest Cameroon especially women, children and the aged, had reported to appropriate quarters and were camped and catered for.
“This set of able bodied men only sneaked into Nguroje, passing through other towns and Gembu, the council’s headquarters, without information,” he said.
Meanwhile, a local government official has said the suspects, who claimed to be from Bamenda in Cameroun, did not notify the council of their coming.

Even though details of the incident are sketchy, there is said to be heightened security measures across the country with reports of swoops on ...
africanews.com

What began last year as peaceful protests by Anglophone activists against perceived marginalization by Cameroon’s Francophone-dominated elite has become the gravest challenge yet to President Paul Biya, who is expected to seek to renew his 35-years in power in an election next year.
Government repression – including ordering thousands of villagers in the Anglophone southwest to leave their homes – has driven support for a once-fringe secessionist movement, stoking a lethal cycle of violence.
The secessionists declared an independent state called Ambazonia on Oct. 1. Since then, 7,500 people have fled to Nigeria, including 2,300 who fled in a single day on Dec. 4 fearing government reprisals after raids by separatists militants killed at least six soldiers and police officers.
At the end of World War One, Germany’s colony of Kamerun was carved up between allied French and British victors, laying down the basis for a language split that still persists.
English speakers make up less than a fifth of the population of Cameroon, concentrated in former British territory near the Nigerian border that was joined to the French-speaking Republic of Cameroon the year after its independence in 1960. French speakers have dominated the country’s politics since.
Source: AfricaNews

What is UPF clothing? Does that mean I can dump Sunscreen?