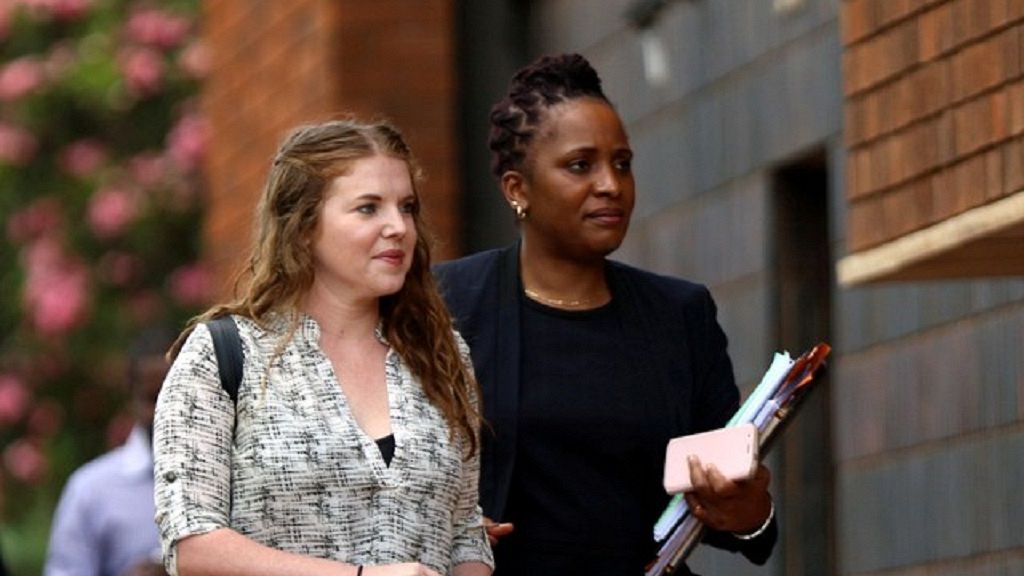 A Zimbabwean Court has freed an American journalist who was charged with attempting to overthrow the government, after police accused her of insulting then-president Robert Mugabe.
Martha O’donovan who works for Harare based Magamba TV had her case dismissed by court for a ‘patent absence of facts’.

Romantic Interior Design
Regaining fitness after major surgery…
نصائح مهمة عند الاصلاح بين المتخاصمين
Prancing About in Prague : Outfits
LUNO: The First Cryptocurrency Wallet…
She was arrested in November in a dawn raid on her home in the capital after allegedly calling Mugabe, who was ousted in a bloodless coup a few weeks later, a ‘goblin whose wife and step-son bought a Rolls Royce’, on Twitter.

It all depends on what they gather but for now the case has crumbled. She is free for now.

O‘Donovan was first charged with insulting and undermining the president, and subsequently with subversion, a charge that carries a maximum sentence of life imprisonment.
A magistrate had granted her bail in November when prosecutors failed to provide a trial date.
On Thursday, magistrate Rumbidzai Mugwagwa dismissed prosecutors’ application to keep O‘Donovan on bail.
“Further remand is denied. The State can proceed by way of summons,” she said.
O‘Donovan’s lawyers said they were happy the court had honored its promise to judge the case on its merits.
“It all depends on what they gather but for now the case has crumbled. She is free for now,” said Shava with the organization Zimbabwe Lawyers for Human Rights (ZLHR).
Mugabe had been particularly uneasy about social media after activists such as pastor Evan Mawararire and his #ThisFlag movement in 2016 used social media to organize a stay-at-home demonstration, the biggest anti-government protest in a decade.
Shava also told journalists the court had returned computers, cellphones and other electronic devices that had been seized from O‘Donovan’s home.

She tweeted that President Robert Mugabe is a "goblin whose wife and step-son bought a Rolls Royce."
africanews.com

Twitter Ads info and privacy
ZLHR says it has represented nearly 200 people charged under a law that criminalizes insulting or undermining the president.
On Sunday, the military rounded up eight activists for carrying placards denouncing Mnangagwa during a church service presided over by the president. A court on Tuesday released them after ruling that the military had no arresting powers.
Source: AfricaNews