Invest More in the Education of African Children - Zuma Urges 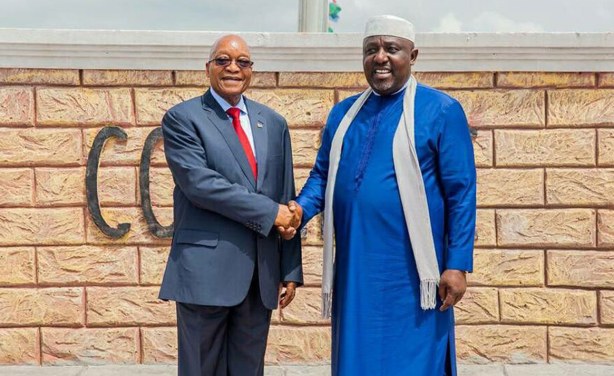 Owerri (Imo State, Nigeria) — South African President, Jacob Zuma, has urged African leaders to invest more in the education African children, saying that that is the surest path to empowering them.

Top 10 Air Fryers - Tips to Help You …
Best Organic Coffees That Are Healthy…
The Happiness Cart – Falooda Express
Resolving The Reoccurring Discourse o…
Moffat Camping and Caravanning Club S…
Zuma, who arrived Imo State Friday night on a two-day visit, also disclosed that he intends to undertake the task of discussing with leaders in the continent on the best ways to carry out that task.
The South African Leader spoke yesterday, during the signing of a Memorandum of Understanding (MoU), between his foundation, Zuma Foundation and Rochas Foundation, floated by Imo State Governor, Rochas Okorocha, at the Rochas Foundation African College, at SPIBAT, Owerri.
He noted that the unity of African continent must be seen in the light of doing it than saying it, stressing that the MoU was signed by Governor Okorocha's son, Ahamefula, and an official of Zuma Foundation.
His words: "Why I have a foundation; people may not understand it. I am passionate about education to empower African children. My father died when I was young. My advice for Africans is that they should imbibe the culture of reading. I read so many books about oppression of people. That gave me an insight on the plight of some Africans.
So, when you read, you understand the solutions of African problem. Education empowers; gives hope to the hapless. It is my conviction that the African child must be educated."
The South African leader later had a closed-door interaction with the business and captains of industry in the state.Earlier, Governor Okorocha, remarked that the college boasts of about 15,000 indigent students, drawn from African countries, noting that his ambition is to enable them realise their potentials unhindered, free of charge.
Zuma, who visited with his wife and his Foreign Affairs Minister, was conferred with a chieftaincy title of 'Ochiagha' (war commander), by monarchs of Imo State, at the palace of the chairman, Council of Traditional Rulers, Eze Sam Ohiri.
Source: AllAfricaNews

Invest More in the Education of African Children - Zuma Urges