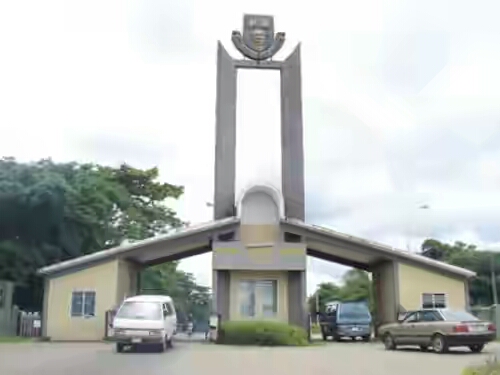 The institution’s largest student hostel, Awolowo Hall, showed that many of the rooms had at least one student who had fallen ill. One of the rooms, which has 8 occupants, had five of them already fall ill this past week.

An average of five students stay in a room in the hostel officially although the figure is often up to a dozen due to the shortage of student accommodation.

The increased cases of illness has been attributed to the ‘harsh’ weather conditions while some students have attributed it to poor sanitary conditions of the hostels.

Some students also alleged that they were given expired drugs at the institutions health centre when they visited after they fell ill.

One of the students who just recovered from his illness, Adebayo Benjamin, said, “I was feeling dizzy, vomited , had high temperature and headache , I have not felt this way before.”

Another student, Abiodun of Management and Accounting department, said his illness prevented him from preparing for the university’s examination which begins early March.

A visit to the health centre of the institution also showed that an average of three doctors attended to the scores of students who thronged the hospital.

Some of the symptoms complained of by students include high temperature, vomiting, dizziness, stomach ache and headache.

One of the doctors on duty attributed the increased illness to the harsh weather and lack of rest by students. Other health workers, who confirmed the increase in number of students appearing at the centre, however. said the situations in the hostel may have made the conditions worse. The hospital’s Chief Medical Director was not on seat and could not be reached on phone.

Already, the university’s Association of Campus Journalists, ACJ, has blamed the hostel conditions for the illness.

“The drainages at the back of our hostels have not been cleaned for about one month thereby breeding mosquitoes that have spread the strange virus,” Omole Isaac, the ACJ spokesperson said in a statement. “Our advise to students is to keep their rooms clean as we have not witnessed this kind of development before.”

Some of the students, however, blamed their colleagues for the poor sanitary conditions of the hostels.

“The way hostel facilities are used by students can be annoying, little precautions need be taken although this strange fever is not controllable,” a student, Samuel Olatunde, said.

Another student, Awe Peter, asked the university management to ensure proper cleaning of the hostels.

The spokesperson of the university, Olanrewaju Abiodun, however allayed the students fears.

“There is no strange fever in Obafemi Awolowo University,” he told PREMIUM TIMES. “Most of these allegations are unfounded. In fact I have visited hostels and I saw students watching football. Are these the sick students? We have over thirty five thousand students in Obafemi Awolowo university and if some microscopic few are sick then why such panic.”

Mr. Abiodun hinted that some of the students might be stressed due to preparations for upcoming examination in the school.

“The Chief Medical Director has even said there is no strange virus in Obafemi Awolowo University. We are having normal examination tension, so all is well,” he said.

The University Joint Christian Mission, UJCM, has fixed Monday for special prayers against the “strange” fever.