The Federal Government has declared Monday and Tuesday, Sept. 12 and Sept.13 as public holidays to mark the Eid-el-Kabir.
The Minister of Interior, Retired Lt.-Gen. Abdulrahman Dambazau, made the declaration on behalf of the Federal Government in a statement signed by the acting Permanent Secretary in the ministry, Muhammadu Maccido. 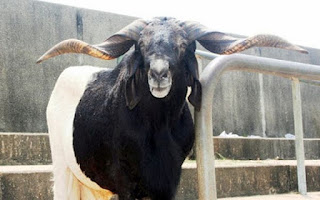 He enjoined all Muslims and Nigerians in general to support and join hands with President Muhammadu Buhari in his sustained efforts to diversify the economy and progressively accelerate the pace of economic recovery.
The minister said that Government was aware of the current economic challenges the nation was facing.
He assured that that appropriate steps were being taken to address the challenges.
The minister said that the Federal Government was working to‎ revitalise the agriculture sector and the “Youth Empowerment Scheme” in Information and Communication Technology (ICT).
He said that other areas of priority to government included the “The “Change Begins with Me”, a value re-orientation programme, and other social intervention programmes as well as massive capital releases.
The minister expressed optimism that the current economic difficulties would soon be over, urging all to continue to support the government toward building a new formidable Nigeria.
He wished all Nigerians a happy Eid-el-Kabir celebration.