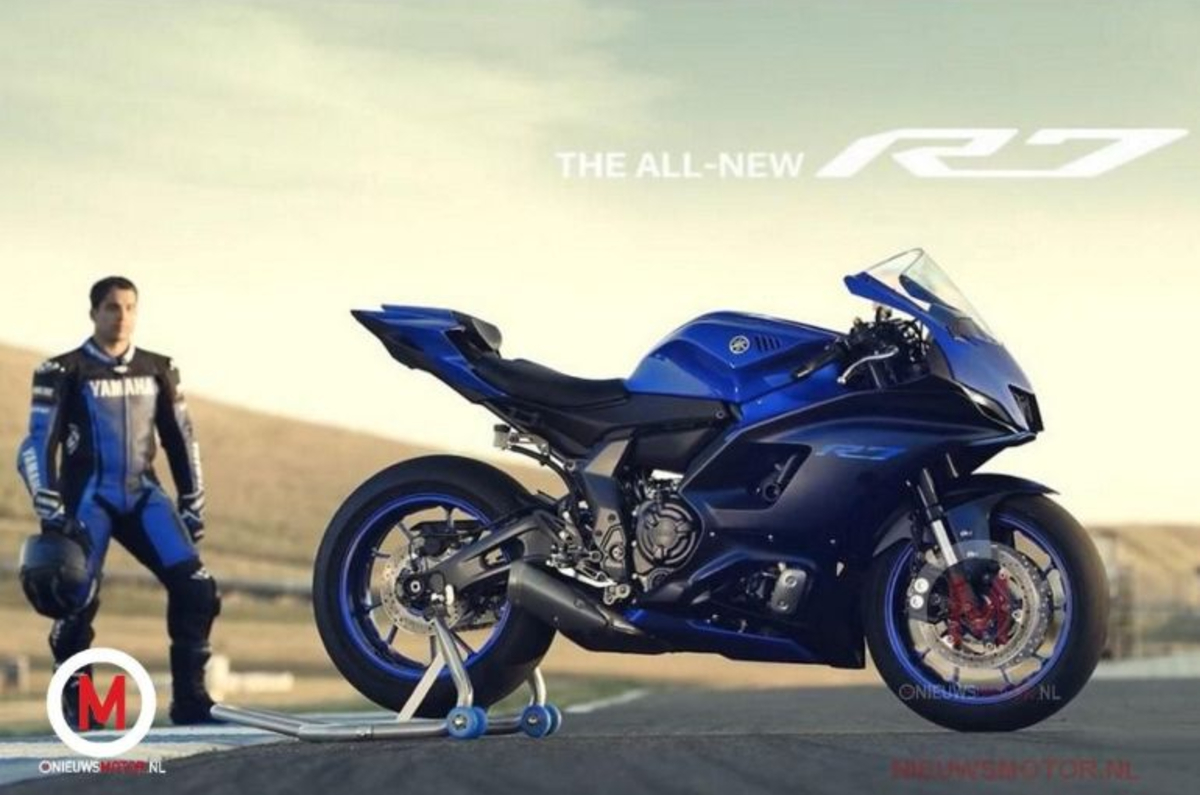 Yamaha’s upcoming YZF-R7 has been revealed in leaked images before its official release.

The upcoming YZF-R7 might be Yamaha’s worst kept secret. Back in March 2021, a document filed with California’s Air Resources Board (CARB) surfaced online, confirming that the Yamaha YZF-R7 moniker was set to make a return. Now, leaked images have given us a good look at the upcoming middleweight supersport.

What is quite clear is that Yamaha has stuck to its aggressive supersport design language. While it does share styling elements with other YZF-R models, it has unique touches like the single-pod headlight surrounded by what appears to be a ram-air intake. The R7 also has large openings in the fairing that will help dissipate hot air. The rear-end is sharply raked and in line with the styling on other YZF-R models.

The images also confirm that the YZF-R7 will be available in two colour schemes – Raven Black and Team Yamaha Blue. This was also revealed in the aforementioned CARB document.

It’s believed that the YZF-R7 will be powered by the same 689cc parallel-twin engine from the 2021 MT-07. In fact, the emissions performance data was identical to that of the bike, which suggests power and torque levels may also remain unchanged, at 72.4hp at 8,750rpm and 67Nm at 6,500rpm. However, stay tuned for a confirmation on the same tomorrow.

Another big difference comes in the form of a USD fork instead of the telescopic unit found on the MT-07. What remains to be seen is if it’ll offer adjustability. The frame also appears to have minor changes, which we are expecting to get more information on tomorrow.

In terms of competition, the Yamaha YZF-R7 will take on the Aprilia RS 660 and the Kawasaki ZX-6R.