YOU DID NOT GIVE ME THE SPIRIT OF FEAR! 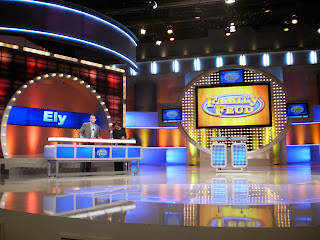 When we received the phone call saying we would be contestants on the game show “The Family Feud” I was literally screaming with excitement.  I was ecstatic, nervous, overjoyed and speechless but then I almost became overtaken by fear.  The fear had nothing to do with being on the show, knowing the answers, competing or even the final outcome; I was afraid to fly on the plane to get there.  You see one of the accommodations paid for by the game show was transportation there by flight.  I immediately began to pray against the fear of flying.  The easiest solution was to push the thought of flying there completely out of my mind and I began to practice this daily.  I instead concentrated on the excitement of meeting the host, imagining what the stage and set would like and my favorite part of all-winning the money!

(Excerpt from my book "Surrendering the Mask," Get it here: http://www.amazon.com/SURRENDERING-MASK-Brandy-BrandyWine-Rankins-ebook/dp/B008BWI6OQ 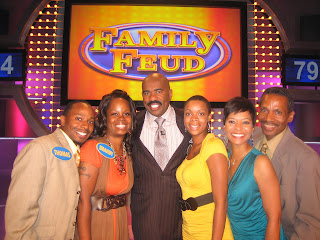 Until next time,
Be Blessed, Be Bold, Be BEAUTIFULLY YOU!!
Beautifully Yours,
BrandyWine

YOU DID NOT GIVE ME THE SPIRIT OF FEAR!