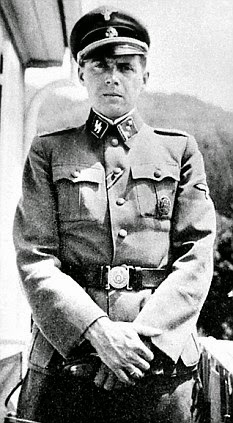 Mengele was born the eldest o three children on March 16 1911, to Carl and Walburga Mangele in Gunzburg, Bavaria, Germany. He was an exceptional student with an interest in arts, music and sports. After finishing school, he on to study medicine and philosophy to the University Munich, where the headquarters pf the Nazi Party where located. He joined the paramilitary  organisation (Stahlheim, Bund der Frontsoldaten), which was later absorbed into the Nazi Storm Detachment, where he applied for SS membership.
In 1939, he studied medicine at the University of Frankfurt, and later he joined the Institute for Hereditary Biology and Racial Hygiene, where he developed his studies in physical anthropology and genetics. His published articles on genetic abnormalities and racial variations were considered breaking through at the time, ensuring Joseph a bright career in academics, which was interrupted by the declaration of the World War II. The ideological foundation of  Nazism, were identical to Mengele's beliefs, were elements of antisemitism, racial hygiene, and eugenics, were brought together with pan-Germanism, and territorial expansion that Germany needed to obtain for its Lebensraum (ling space). The Nazis planned to do this by attacking Poland and the Soviet Union intending to deport or kill the Jews and Slavs that lived there, and considered inferior to the Aryan master race.
Joseph was called to service in the armed forces in June 1940, a few months after the outbreak of the war, He soon volunteered for medical service in the Waffen-SS, where he attained the rang of second lieutenant, until November. He was then assingned to the SS Race and Resettlement Main Office in Posen, were he evaluate candidates for Germanisation, and in June 1941 was posted in Ukraine where he was awarded the Iron Cross. In January 1942 he joined the SS Panzer Division as a medical officer, where he was wounded in battle, and awarded the the Iron Cross First Class, as well as the Wound Badge in Black and the Medal for the Care of the German people.
After being seriously wounded in action he was deemed unfit for combat, and transferred to Berlin's Race and Resettlement Office, and a few months before his last transfer, was promoted to SS Captain.
Joseph Mengele was a radical Nazi, and an enthusiast of the MAster Race idea and in early 1943, he seized the opportunity to take place in Hitler's final Solution, the plan to eliminate all Jews from Europe. After being encouraged by von Verchuer, head of of the Wilhelm Institute for Anthropology and Genetics, he applied for transfer to the concentration camp service, where he foresaw the opportunity to undertake genetic research on human subjects. After his application was accepted, he was transferred to Auschwitz appointed to the position of chief physician of the Romani camp, where he selected those deemed able for work, and those unfit for labor that would immediately be killed.
Mengele, who was a member of the team of doctor that conducted this selections, was present, even when he was not assign to a selection, hoping to find subjects for his Experiments. He was particularly interested in Twins. It is worth mentioning that contrary to most doctors assingned to the selection team, who viewed this process as of their most stressful and horrible duties, Mengele undertook the task with a flamboyant air, always smiling, or whistling a tune. He used his position as an opportunity to continue his anthropological studies and research o heredity, using inmates for human experimentation. The experiments were unscientific and had no regard for the health and safety of his victims. He was particularly interested in identical twins, people heterochromia iridum (eyes of tow different colours), dwarfs and people with any kind of abnormalities. His was provided a grand form the German Research Foundation, with the help of his colleague von Verschuer, who received regular reports and shipments of specimens from Mengele. He build his own laboratory, and immediately began his research with twins. He wanted to prove the supremacy of heredity, and bolster the Nazi premise of the Aryan race.

Twins were subjected to weekly examinations ,measurements of the physical attributes. His experiments included unnecessary amputation of the limbs, intentionally infecting one twin with typhus or other deadly deceases, and transfusing the blood of twin to the other. Most of his "patients" died during these procedures.
After an experiment was over the twins were  killed and their bodies dissected. Mengele's assistant recalls  one occasion where he  personally killed fourteen twins in one night via a chloroform injection to the heart. If one twin died, he would immediately kill the other as well so he could run post-mortem comparative reports. He was also experimenting on eyes, trying to change the color by injecting chemicals into them, and killing people with hetero chromatic eyes, so he could remove them and send them to Berlin for study. His experiments on dwarfs and people with physical abnormalities included taking physical measurements with unnecessary drugs and X-rays. many of the victims were send to the gas champers after about two weeks and their skeletons were also sent to Berlin for further study. He was always looking for pregnant women, on whom he would perform his horrifying experiments, before sending them to the gas chamber. Witnesses report that he once sewed two Romani twins together back to back in an attempt to create conjoint twins. The children died of gangrene after several days of pain.After Auschwitz was captured by the Red Army Joseph Mengele was able to escape and flee to North America. First in Argentina, where he worked as a carpenter and a vet, Having eluded the Israeli intelligence agency Mossad, he settled in Sao Paulo. He suffered a stroke in 1979, while swimming and drowned. In the mid 90's a historians findings shocked the world when he found out that Mengele, posing as a doctor, using a mobile laboratory, conduct numerus experiments in the small farming community, neat the Brazilian borders, of Candito Godi. The birthrate of twins is an astonishing 1 in 80, and all of the children were blond, with blue eyes, suggesting that Mengele was successful in his plan of creating a master race. The village is known as "The Land of the Twins".


Out the 1.500.000 deaths that were recorded in Auschwitz, over 400.000 were ordered by Joseph Mengele. He is forever remembered as the Angel of Death, 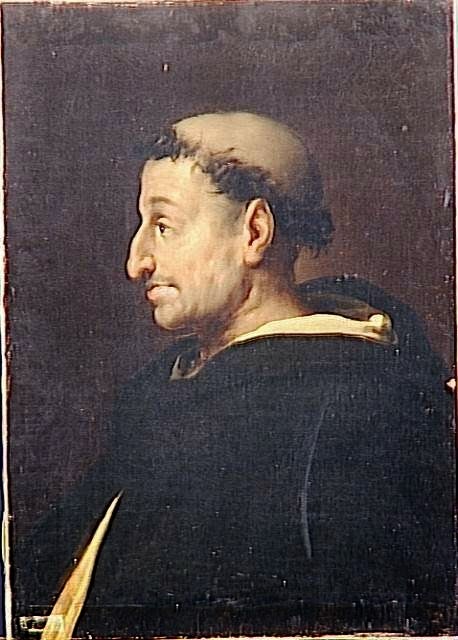 Europe, the Great Old Continent, is home to 50 countries, each with its own rich culture and history, its the birth place of bright ideas that shaped the world of today, like the Western Philosophy from Ancient Greece, or the Industrial Revolution from England. Unfortunately, its also the protagonist in some of history's most dark pages, like the Spanish Inquisition.
Medieval Spain was once the only multiracial and multireligius country in western Europe, and much of its development of its literature, architecture and arts stemmed from this fact. The populace of Jews had served the country and its monarchs well, providing an active commercial class and an educated elite for many administrative posts. However, by the late 14th century, the status of the Jews in Christian Spain began to change. Their former monarch protectors  began to restrict the rights and privileges of the Jews, after being led by the Catholic Church to believe, that the Black Death was a plot devised by the Jews to destroy Christianity. Animosity toward the Jews was stimulated further by Jewish converts to Christianity who issued polemics against their former coreligionists. Calls for the expulsion or prosecution of the Jews were answered by anti Jewish riots in 1348 and 1391. The pogroms of 1391 were especially significant because of the subsequent mass conversion of Jews to Christianity in response to the violence perpetrated against them.

The conversos (Jews that adopted Christianity after a severe prosecution) and marranos (Jews who converted to Christianity to escape persecution, but continued to practice Judaism in secret), became a highly controversial group throughout Spain. Many of these converted Jews and their descendants assumed important positions in government and society and associated themselves with powerful noble families. They also achieved economic power and prosperity, which inspire increasing hatred of them by the 'old Christians", who already questioned the sincerity of their conversions. Indeed, although there were many devout Christians among the conversos, there were also those who were at most agnostic converts, and the marranos. Their wealth created jealousy and their uncertain conversions hatred in a population that traditionally saw itself as the defender of Christianity against the infidel. The Catholic Monarchs, Ferdinand II of Aragonia and Isabella I of Castile, ever good tacticians as ever, profited from this feeling. In 1478, they first obtained a papal bull, from Sixtus IV setting up the Inquisition, to deal with the conversos whose conversions were thought to be insincere. Since the Spanish Inquisition was constituted as a royal court, all appointments were made by the crown, and no appeals were allowed to the Vatican.
With its army of lay familiars, who were exempts from normal jurisdiction and who acted both as bodyguards and as informers for the inquisitors, and with its combination of civil and ecclesiastical powers, the Spanish Inquisition a formidable weapon in the armory of royal absolutism. Their secret procedures, its eagerness to accept denunciations, its use of torture, the absence of counsel for the accused, the lack of any right to confront hostile witnesses, and the practise of confiscating the property of those who were condemned and sharing it between the Inquisition, the crown and the accusers inspired great terror, as indeed it was meant to do.
In early 1482 the pope went on to appoint a number of inquisitors for the Spanish Kingdoms, including Torquemada, the personal confessor and counsel of Isabelle I. Torquemada, who hailed from a family of conversos, was deeply afraid of the Marranos, as a menace to Spain's welfare by their increasing religious and economic influence. He was able to successfully spread propaganda against them throughout Spain and in just a under a year he was named Grand Inquisitor which he remained until his death. In the 15 years under his direction, the Spanish Inquisition grew form a single tribunal in Seville to a network of two dozen "Holy Offices", helping Torquemada in his quest to rid Spain of all heresy. Under his personal edict of March 31 1492, approximately 200.00 Jews were forced to leave Spain, and 50.000 took baptism so as to remain. During his time as Grand Inquisitor, more than 2.000 people branded as heretics were burned at the stake in the ritual of acto da fe (act of faith), and over 19.000 brutally tortured and mutilated.
Nowadays, the term "Torquemada' is a synonym for heartless cruelty.
Thank you for reading