Ten Things To Do in JAPAN

Considering studying in Japan? Start planning your leisure time now with these top ten things to do during your stay.
Known as the ‘land of the rising sun’, today Japan combines rich cultural traditions with cutting-edge technology and economic power.

Hampton Cannabis Expo Founder Gary Bi…
Falling rockets pose increasing dange…
10 countries who were never colonized…
While the dizzying array of sights and sounds of Tokyo will be a highlight for many, as an international student in Japan, it's also well worth taking time to travel more widely around the country.
Here are ten suggested starting points... 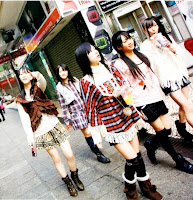 A cool, vibrant city that contrasts the old with the new, visiting Tokyo – if not living in it – is a must for your study-abroad experience. It’s been named the world’s most expensive city, referred to as one of three command centers for the world economy, and has also been ranked in the list of most liveable cities.
Visit the fish market, and inner-city parks, experience a ride on the Yamanote line at rush hour or take in some Kabuki (the 'Japanese Shakespeare') at the famous Kabuki-za theater, the cheap way – by standing! There’s as much to do at night in Tokyo as by day, so make sure you experience all the city has to offer.

2. Visit Kyoto and its beautiful temples

With 2,000 Buddhist temples and Shinto shrines, 17 UNESCO World Heritage Sites and yet more museums and palaces, not to mention the famous Golden Pavilion, Kyoto is a city full of life and history. It’s also home to one of the best universities in the country – Kyoto University.
Ranked 25 in the 2009 QS World University Rankings and eight in the 2010 QS Asian University Rankings, Kyoto University has over 22,000 students studying for undergraduate and graduate qualifications. As such, Kyoto is used to welcoming international students. Experience Japan as you probably imagine it – temples shrouded in autumnal color, tranquil Japanese gardens, and the sweet taste of sake.
Did you know? Kyoto is the home of the Geisha community.

3. Soak in a Japanese hot spring

Submerge yourself in a Japanese hot spring and you’ll feel yourself instantly relax - even if there is a slightly sulphuric aroma in the air! An integral part of Japanese life, the springs are enjoyed by young and old, tourists and locals alike.
As well as indoor pools, there are also many outdoor ones situated against spectacular mountain backdrops, near waterfalls or close to rivers. But if you’re going to do something, it’s best to do it properly, so book yourself into an onsen ryokan – a traditional inn complete with hot springs.
Bath before and after dinner, even before and after breakfast, and you’ll feel rejuvenated like never before. You’ll just need to leave your modesty at the door – most Japanese people bathe naked!

Location: Shikoku Island
It’s 1,200km long and takes weeks to complete, so you may not wish to walk the entire loop of Japan’s 88 Temple Pilgrimage in one go.
However, walking even a small part of this trail around Shikoku Island should be high up on your list of experiences to enjoy while studying abroad in Japan.
Small inns along the way provide accommodation and food and if you do opt for the traditional foot-based approach (as opposed to the slightly more convenient tour bus), why not complete the experience by dressing up in traditional attire: a white coat (hakui), purple scarf (wagesa), conical straw hat (sugegasa) and walking stick (kongōtsue).

There’s more to Sumo Wrestling than two overweight men in nappies attempting to throw each other out of a ring– sumo wrestling is an incredibly ritualistic, strategic and traditional Japanese martial art.
Japan is the only country in the world where sumo wrestling is practiced professionally, so make the most of the opportunity, and head down ringside to get in on the action. It may pay to take a local along with you though for clarification on what is happening!
Did you know? In order to bulk up for the ring, sumo wrestlers consume around 10,000 calories per day – that’s about four times more than the average male!

6. Escape to Hokkaido – rich in volcanic landscape, nature and tranquillity

Skiing, snowboarding, rafting, canoeing, whale watching, mountain climbing, fishing and cycling - Hokkaido is an outdoor enthusiast’s playground. It’s also arguably the world’s leading destination for ice sculptures, and a photographer’s dream.
The 21st largest island in the world, Hokkaido exhibits four distinctive seasons, each one bringing its own unique attractions for the many visitors who flock to the island year round.
With national parks to trek through, hot pools to soak in, festivals to enjoy, and stunning scenery to gasp at, Hokkaido makes for an enjoyable getaway from the hustle and bustle of the country’s major metropolitan areas.

You’ll probably hear them before you see them, and the deep rumble of Japanese taiko drums will be hard to forget. Used in warfare to motivate troops, taiko drums are traditionally made from ancient trees - somehundreds of years old.
Many of Japan’s top universities have student clubs which will allow you to try your hand at various Japanese activities, including taiko. Other traditional pastimes include painting, calligraphy, origami (paper sculpture) and ikebana (flower arranging). There’s no better way to experience the culture of your host country than to immerse yourself in it – so what are you waiting for?

It may not quite have fairytale turrets, but one look at Himeji Castle will take your breath away. Taking pride of place on a hilltop in the Hyōgo Prefecture of Japan, Himeji is recognized as a UNESCO World Heritage Site and a National Treasure – justifiably so.
Its brilliant white exterior also gives it the name White Heron Castle. An easy day trip from the cities of Kyoto and Osaka, time your visit to Himeji Castle when the cherry blossoms are in bloom to see this spectacular architectural feat in its full glory.
Did you know? Himeji Castle has a maze of paths leading up to its main keep, which were designed as a defensive element, leading enemies round in spirals and down dead ends.

As if the Japanese culture, fresh sushi, efficient transport systems and the mix of city life and spectacular scenery isn’t enough to entice you to study abroad in Japan, the attraction of springtime cherry blossoms may simply be too hard to resist. Setting public parks alight, and bordering castles and palaces with beauty, Japan’s cherry blossom season is truly a sight to behold.
So how does one appreciate cherry blossoms properly? Japan-Guide.com gives you step- by-step instructions to hanami (flower viewing), starting with getting to the park before 8am to reserve your space to looking at the flowers from both near and afar!

Japan’s third largest city was heavily bombed in World War ll, and rebuilt as rather a mass of concrete structures and elevated highways.
However, its history as the commercial capital of Japan ensures Osaka is full of life both day and night. Experience the bright lights and nightlife of this dynamic city and, if you’re game, step into one of the karaoke bars for a real Japanese experience.
Osaka is also known as the “nation’s kitchen” - if that’s not an excuse to eat Japanese food to your heart’s content, we don’t know what is!

Once you’ve finished those:

Ten Things To Do in JAPAN