It's Always Something, Part One

It's Always Something, Part One
By [http://EzineArticles.com/expert/Christopher_E_Gregory/1743573]Christopher E Gregory 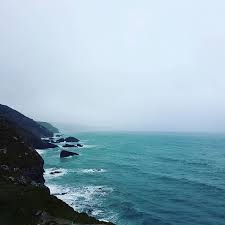 The early morning birth of my first grandchild, my granddaughter, Madeline Marie Gregory, was a profound experience. For many years I had hoped for a grandchild, a link to the future, a connection from my beloved, late grandparents, a connection deep into the future, spanning more than a century. Upon that birth I experienced overwhelming feelings of relief that my genetic makeup could survive, relief accompanied with accomplishment and pride... the fulfillment of a desire, a longing which had deep genetic roots, I believe.

Madeline soon revealed that she had her own personality, her unique way of looking at the world. I first noticed it upon being left to babysit Madeline as her parents took a short day trip and my wife, Kathy Marie, was working at the post office. I realized it was important to change Madeline's diaper. I hadn't done that in 25 years and that experience was infamous. I called Kathy and asked her to come home. She told me to change it myself. Darn! I laid Madeline on a towel on the floor opened her diaper and started gagging, retching, making weird noises, and gagging some more. I didn't even know Madeline could say more than a word or two but she looked up at me and condescendingly stated, "Oooh Papa!" It was as if she was making fun of me for having a weak stomach.

The next humorous experience came when we were at a local big box store... Madeline was about four, I believe. My wife, Kathy and Mary, my mother-in-law, were there. Toward the end of our shopping we were having difficulty locating Mary. Kathy asked little Madeline to help us find Grandma Mary. Madeline was up for the hunt. Kathy asked her what she would be looking for and Madeline quickly and seriously replied, "White hair and old skin."

Over the years Madeline never ceased to amuse us. With her logic and openness it was as if each statement she made was from a perspective we'd never considered.

The author of this series has published his most recent fiction, Straight Like a Sapling, and this eBook in kindle edition format will be free to download on Amazon from June 28 to July 2, 2016 at http://www.amazon.com/Chris-Gregory/e/B00FYXT8BA/ref=ntt_athr_dp_pel_1

Article Source: [http://EzineArticles.com/?Its-Always-Something,-Part-One&id=10056758] It's Always Something, Part One

It's Always Something, Part One