It's Always Something, Part Two

It's Always Something, Part Two
By [http://EzineArticles.com/expert/Christopher_E_Gregory/1743573]Christopher E Gregory 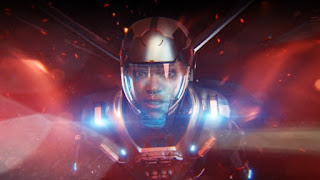 Reminiscing about my first granddaughter I often remember the unique and insightful things she said, especially during her early years. One of my favorites occurred when Madeline was three-and-a-half. It was after the birth of her younger sister Ella. After Ella was cleaned up she was presented to Madeline who wanted dearly to hold her. She was so proud of her little sister, who, by the way, appeared somewhat wrinkled at the time. Madeline said, "You look like Great Grandma Mary... I'm going to call you Little Mary." That got a big laugh from all those present, especially Mary.

The next memorable utterance of Madeline's was at our home. She was about four. I said something - wish I could remember, but it was something sarcastic about her younger brother. Madeline responded with a surprising interpretation, "Ooooh Paaapa, you said that meanly!"

But one of the most humorous and unexpected statements of Madeline's was when she was five. She brought home her Kindergarten class picture. She handed it to me and I scanned it over. I was thinking to myself. Here I am six-foot-three, but Madeline appears to be the smallest student in her class, genetics and mother natural are so unpredictable. Then I noticed that she had a pair of twin boys in her class. They were distinctive because the twins were wearing outfits peculiar to their German Hutterite heritage. So I asked Madeline, "Oh, do you have a pair of twin boys in your class?" Her response floored me, "I don't know if they're twins but they have the same head." I'd never thought of it that way, but yes, she was correct.

Madeline, at the age of six asked if she could take violin lessons. I would wager that not many six-year-olds have a desire to play the violin. Neither of her parents had played any instruments and neither one was even remotely musically inclined. But we bought her a violin and arranged for weekly lessons. After she mastered the violin and went into junior high she began playing the flute, and then finally the saxophone. She played in the marching band in junior high, high school, and college.
Over the years that sweet little grandchild has grown up into a beautiful, intelligent young lady. She is majoring in psychology as a college junior now... the study of the mind, how appropriate. Her many contributions over the years have been a source of amusement, pride, and love for my wife and me.

The author of this series has published his most recent fiction, Straight Like a Sapling, at http://www.amazon.com/Chris-Gregory/e/B00FYXT8BA/ref=ntt_athr_dp_pel_1

It's Always Something, Part Two