Tags: bill called customer care complaint mts executives network issues executives internet speed
November 30th 2015
View original
MTS Executives practice all unethical methods to extort money from a customer. They impose hefty bills and then harass customers to pay it. If any customer refuses to pay the wrong amount Bill they threaten of legal action. They send forged legal notices through email and pose themselves as an advocate or judge and try to scare people. If you are being harassed by threatening calls and emails of MTS executive, this blog is for you. Here I will completely expose MTS and provide you tips on how to deal with it.
Since I myself have been a victim of MTS Internet fraud and witnessed wrong practices and tricks played MTS executives, I can understand your issue and advise you on how to deal with them.  First let’s discuss what kinds of problems you can face at MTS and later I will tell you how to deal with them.

MTS promises fast Internet Speed when you buy a connection, but in reality it is pathetic and in many areas network signal is weak. I faced the same problem, I Called Customer Care many times, but they had only one reply “Our technical team is working on the issue and it would be resolved within 3 to 4 weeks". Due to slow speed and network issues I couldn’t use The internet properly, but kept paying the bill in a hope that the problem will be resolved soon. I found no solution even after 6 months then I stopped the payment and my account got suspended.
Incorrect Billing 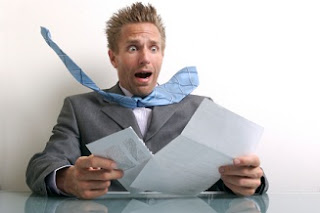 No matter whether you are able to use the service or not you have to pay the bill anyway. Many times you may wonder how you have been billed a big amount without use. My account was suspended for the nonpayment of one month bill, but later they have added the amount of next month too. When I asked them to explain my bill amount, they had no answer and they resorted to lying that my account was active for two moths even after nonpayment.
No Hard Copy of Bill
MTS saves on paper and courier cost, it sends soft copy of the monthly bill on your email id. The problem here is that the attached bill is password protected and you need to key in a unique combination of your MTS number, DOB and mobile no and most of time it does not get open. I think it is also a trick of MTS so that you don’t see the details of your uses. You can see only billed amount and due date that is it.
Poor Customer Service 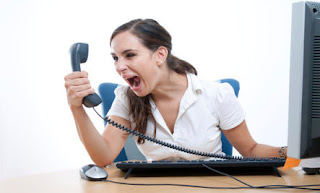 MTS has a call center just for a formality; people at MTS are arrogant and unhelpful. They have cramped up some script which they keep repeating every now and then.  They don’t answer your question let alone solving issues.
False Commitment
You should not count on the words of MTS executives; they tell lies, make false promises and provide incorrect information.  They can back out of their words at any time so don’t believe on the verbal commitment, ask them to send a mail. Though they don’t even fulfill the written commitment, but, in this case, you have a proof and they cannot deny a written communication.
Deleting Records
I have registered dozens of complaints regarding slow internet speed and network issues, but I was shocked when an MTS executive told me that I have never raised any kind of Complaint ever. To re-confirm this fact, I called customer care again and other executive told the same thing. I even supplied several request numbers, but they didn’t approve them.  The picture is quite clear MTS don’t entertain any kind of complaints and they delete all records after some period of time.
Threatening calls and Emails
MTS executives keep reminding you of bill payment when you reach close to the billing date, you get lots of SMS and calls every day if you miss the due date. After the due date, you get threats of legal action on phone and email. They have got a sample legal letter which they keep sending every time.
Legal Action 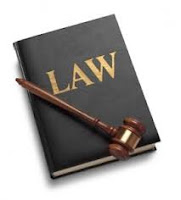 I believe in a fair deal, you should not hold the payment of anything you have used. But you should not pay for wrong charges. MTS can no way prove you wrong if you have honest. It is not going to file a case against you because it does not fulfill said promises. You need not to worry.
Some Example fraudulent activities of MTS
How to deal with MTS Internet Fraud?
Never Believe an MTS employee
Every organization has some values which their employees follow and respect, but it seems that the only value of MTS is just to earn money anyhow. They tell lies, make false promises and back out of their words so you have to be very careful while dealing with them.
Keep everything in writing
MTS executives are not trustworthy so you should not count on their words. I would recommend you to keep a record of all communication regarding services, bill, and other issues so that you can give a reference of them in future. MTS deletes all request and complaint records so email communication is the best way to deal with MTS. In a case of any legal confrontation, you can prove a thing through email and SMS while verbal commitment can easily be denied.
Don’t be afraid
MTS has given full freedom to their employees to treat customer roughly. However, they can not do anything if you don't fear. They have not yet filed a case against any customer. They know that they are wrong.
Call Recording – Call recording and SMS are regarded as a solid proof by courts. Record the calls of MTS executives and keep it for future reference. They will not even dare to threaten you tell that you are recording the call.
Police Complaint - As a last measure you can file a complaint against MTS for metal harassment and threatening in the nearest police station. Make sure that they know about it. This is the last step that may cause some trouble to you as well in the form of time wastage.
Consumer Court – If you have solid proofs against MTS, go to consumer court. You just need to file your complaint in a paper and present proofs. The court will render the  judgement in few hearings. The charges of consumer court are  nominal and everyone can afford it.
I am collecting data of people who have been suffered cause of MTS. If you have been a victim of MTS wrong doings, mention your concern in the comment section and I will contact you. My plan is to file a collaborative complaint against MTS and expose it before media.

Sobriety In The Time of Quarantine: T…
I was nervous about switching therapi…
نباتات الظل المتسلقة وطرق العناية بها
You Say Covid-19, I Say Hangar 18!
Q&A with Phil Yates: Shaping the Futu…