Bitcoin is no long the only game in crypto-currency town

IT STARTED as a joke. Dogecoin was launched in 2013 as a Bitcoin parody, using as its mascot a Japanese shiba inu dog, a popular internet meme. The crypto-currency was never really used, except for tipping online, and one of its founders has called it quits. But recently its price has soared: on January 7th the dollar value of all Dogecoins in circulation reached $2bn, a sign of how crazy crypto-currency markets have become. It is also a reminder that, for all the focus on bitcoin, it is no longer the only game in town. Its market capitalisation now amounts to only about one-third of the crypto-market (see chart). 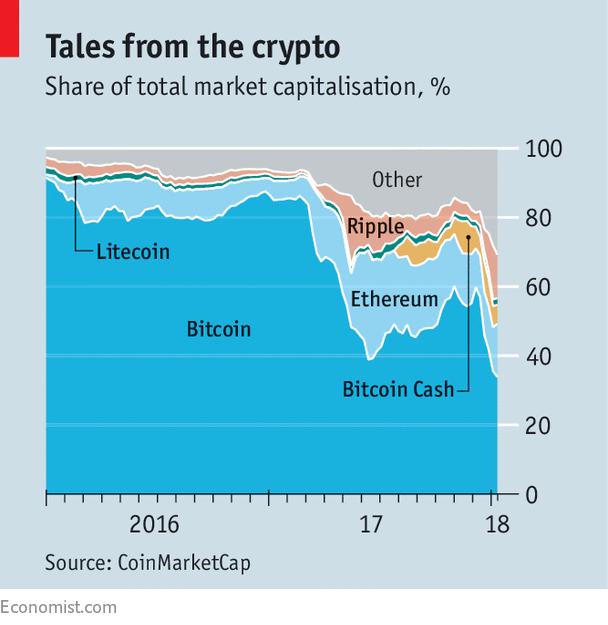 A new crypto-currency is born almost daily, often through an “initial coin offering” (ICO), a form of online crowdfunding. CoinMarketCap, a website, lists about 1,400 digital coins or tokens, including UFO Coin, PutinCoin, Sexcoin and InsaneCoin (worth $7m). Most are no more than curiosities, but by January 10th, around 40 had a market capitalisation of more than…Continue reading
Source: economist

Bitcoin is no long the only game in crypto-currency town