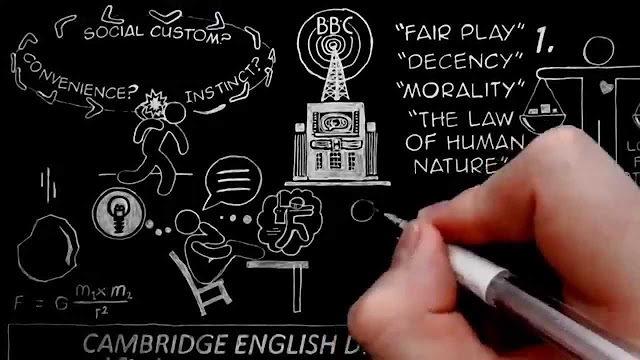 Set Mood. Thoughtful mood selected.
Set Tone. Formal tone selected.
Post start.
One thing is pretty much established in the world, everything that we know today or will know in the future has at some point been acquired by us, or, rather, by you as an individual. Acquisition of knowledge is a powerful phenomenon.

ELON MUSK: BIOGRAPHY, NET WORTH, TWIT…
The Fundamentals of Ethical Design
Know 7 Most Translated Texts in the W…
Maturidade
Taiwan Leader Tells China War ‘Absolu…
In the ordinary realms of life, to acquire in depth knowledge in any field, firstly, one has to enrol oneself at an appropriate establishment after which one attains a learned teacher or scholar who is proficient in that particular field. In the layman's term we call this a school. In today's age there are such schools for learning practically anything you wish to learn, pretty much, all one has to do is follow the above set out procedure.
Being a student on an undergraduate law programme, for me, each day is filled with learning new aspects of the law. Not only am I being taught new aspects of the law, but I'm being taught how to apply it; all relatively useful to my future clients, should I pursue a career in practicing law as a solicitor or a barrister, but for now, at least, that is a rather far-fetched thought.
The term 'Moral Law' is defined in the Oxford English dictionary as an absolute principle of defining the criteria of right action, which features in some systems of ethics. Whilst the accepted definition suggests that such a Moral law is only a base feature of certain ethical systems, I differ in opinion.
Please, allow me a chance to explain myself!
From forming an orderly queue, generally without being asked, to washing ones hands after answering mother natures' call, such small matters of etiquette make up what is better known as social convention or rather simply as; convention.

Conventions are not written down in any statute nor do they legally bind or oblige individuals to conduct themselves in a certain specified manner.
Yet we all follow it, we all conform to it... without much questioning or remarks.
We tend to follow the conventions of society, uneducated about the reasoning behind why we do certain things in the manner in which we do. Of course it would be rather ridiculous to question, and have to explain, every social convention that has ever been introduced, or developed, rather.
The questions I beg are; what makes us conform to society’s ways? What makes us undertake and adopt certain forms of behaviour? Why do we disprove of the anti-social conduct? Why do we allow social conventions to dictate and determine our day to day actions? Perhaps what I'm ultimately asking is what makes social conventions so binding whilst being completely free from obligations?
Whilst the answer to such questions would lead me down a rather philosophical route, with many possibilities and probabilities. One could argue, and this is how I perceive it.... The fact that this moral law is so firmly based and deeply entrenched, are the two single strongest reasons explaining its existence.
We have all heard the phrase that we are a sum product of our predecessors. Our predecessors, our ancestors, be it, for the purpose of mass control or for the greater good of humanity established and developed the moral law, which was then successively passed down through generations. The moral law is so deeply entrenched that it is not possible to easily alter such conventions without popular support and consensus, and let us all be honest, why change or attempt to fix something that, which, is not broken ?!
Conclusively, I believe there is a universal moral law, written in every human’s heart!
READ
LOVE
SHARE

Disclaimer: The Information provided on this page is for entertainment purposes only, the publisher does not necessarily hold any rights for any of the information presented here. The logo's, trademarks and company names belong to their respective owners, and are not affiliated with beingmehul.co.uk in any way whatsoever. Readers are advised to gain guidance from other reading materials alongside this blog post. beingmehul.co.uk cannot be held liable for the content on other website links found within this blog post or any damage to any property caused as a result of this blogpost. Please consider your environmental responsibility before printing this post.


This post first appeared on Being Mehul, please read the originial post: here
People also like
ELON MUSK: BIOGRAPHY, NET WORTH, TWITTER, EDUCATION, AGE, FAMILY.
The Fundamentals of Ethical Design
Know 7 Most Translated Texts in the World- you’ll be Shocked
Maturidade
Taiwan Leader Tells China War ‘Absolutely Not an Option’
2 Christian renaissance art app
The Russia-Ukraine Conflict’s Impact on Europe’s Economy and Living Costs, and the US role
How to Secure a Successful Career Path in Family Business