A rather impressive and successful spectacle took place at MWC 2017 by HMD Global, the Finnish company which is currently in charge of the rebirth of the Nokia mobile products line. Although the 3310(2017) was evaluated to be the smallest and cheapest item of the current Nokia lineup, it still affirmed its important position in the legendary brand's resurrection. In spite of a few difficult-to-avoid flaws, this product was said to get over the nostalgia wave.

CBD 2020: What to Expect + Our Top Pr…
How to Create a Winning Black Friday …
Payments Platform NIUM Announces Part…
Best Gaming PC Build for 1080p: Under…
How Thieves Steal Your Credit Card In… 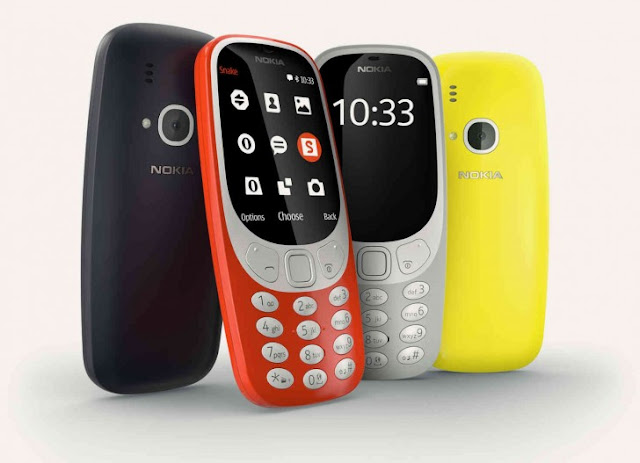 This year continues opening a chance for us to see Nokia 3310 (2017) as a well-executed PR campaign instead of an actual serious handset offer. In reality, HMD Global still has intention of selling it and listings for the colorful device have just created by several European Retailers. However, its price is a bit higher than that of the original suggested retail on The Old Continent.
At MWC the Finnish company cited the price of EUR 49; whereas, people in Austria, Norway, and the Czech Republic have to pay around EUR 59 to own one. Frankly speaking, a product with just a 2.4-inch, 320x240 pixel feature and only supporting 2G network connectivity, does not even deserve EUR 49.
Also read: Here is what you need to know about the launch of iPhone 8
Nonetheless, in case you are really keen on a Nokia 3310 (2017), you can contact with the German retailer which has officially announced its initial shipping on April 28. In other words, you will not have to wait longer than one week. Besides, some other retailers just cite prices at a lower level with EUR 53 in which EUR 6 is supposed to exert any influence on a minority of really enthused fans out there.
Quite interestingly, an upgraded 3G version of the Nokia 3310 (2017) was published by one Swedish store on its website. It costs EUR 93 and may be available in May 2017. But until now HMD has not revealed any information about this modification, so we cannot affirm anything and collectors might have to wait longer.