. Life of the community including production was based on Slave exploitation or slave labor, desecrated practical innovation and that is a true evidence of how materialrelation influences societal orientation. The basis of the Society according to Marx, include the material, social, economic relations, while the superstructure include morals, arts, science, religion and philosophy.And by proving various interactions between these opposites, Marx,was labelled a dialectical materialist and not a mechanical materialist that could not prove their interaction, in the assymetry of history . I n the basis of the society, Marx recognises the mode, means and condition of production and the question of what was morally right was a product of his basis orientation, where the society's ruling class sets the norm of what was morally right or wrong. He concluded that who control the ownership means of production are principally, the moulders of history, moulders of people's destiny.That these interactions are not autonomous, and that the society's superstructure had no independent history of its own and no one functions in isolation. The changes in this basis had accounted for historical development, evolving from the antiquity into the industrial society of mordern age. More over, for the entire phases of history, there had been conflicts between two classes, for instance, in the antiquity's slave society, they had 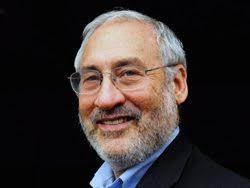