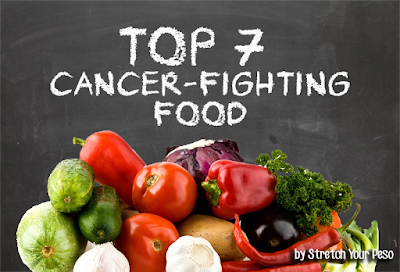 According to the National Cancer Institute, an estimated one-third of cancer deaths in the US could be related to a person's diet, an unhealthy one at that. Eating sugary, heavily-processed foods with harmful additives like GMOs, chemicals or even animal products with hormones is the usual for many people in developed countries nowadays and they don't even know it. Unfortunately, the Philippines having adopted the sad American diet of fastfood and junk food isn't far behind. I truly believe that what people eat can truly kill them. On the other hand, eating whole, organic foods free from chemicals gives people access to powerful cancer-fighting substances. Antioxidants are known to neutralize free radicals, which are natural substances made in the human body and found in environmental pollutants that cause cell damage. These healthy substances are found in abundance in plant foods and spices, check these out: 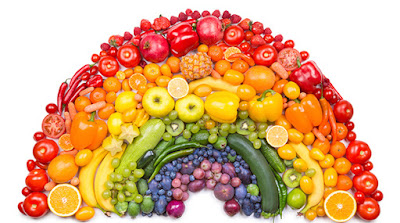 Tomatoes
The active compounds found in tomatoes, carotenoids and lycopene (especially lycopene), are very helpful, especially in the fight of prostate and pancreatic cancer in men. Seven to ten helpings a week is recommended, both cooked and raw juice. To gain the health benefits of juice, make your own. Store bought tomato juice is usually pasteurized and won't give you the effects. Lycopene is a strong antioxidant.

Ginger may kill cancer cells. Although not yet proven in human studies (I hope they conduct one soon), ginger may cause a process called apoptosis that causes cancer cells to effectively kill themselves without causing damage to nearby healthy cells. Ginger is also linked to autophagy, which is when cancer cells are "tricked into digesting themselves," says J. Rebecca Liu of the University of Michigan in Ann Arbor. Liu is an assistant professor of obstetrics and gynecology who has been studying the effects of ginger on ovarian cancer cells.

Kale contains phytochemicals called isothiocyanates that may inhibit tumor growth. These chemicals may also stop substances that cause cancer from getting to their targets. Kale contains nitrogen compounds called indoles that can help prevent a conversion of certain lesions into cancer cells in estrogen-sensitive tissues.

One study found that eating a lot of cruciferous vegetables decreased the risk of colon cancer. According to Cancer.gov, women who eat a least five servings of these vegetables weekly may be at less risk of lung cancer.

Nuts may be beneficial for cancer patients because they have antioxidants including kaempferol and quercetin. These antioxidants can suppress cancer growth. Brazil nuts in particular can help people with prostate cancer because of the high content of selenium. It them raw for best results.

The seven-year clinical study on garlic curing cancer - the largest study ever conducted in history on garlic supplementation was performed by Chinese researchers collaborating with the National Cancer Institute. It was a test to see if the garlic could reduce precancerous gastric lesions. For all you science folks out there, yes, it was a double-blind study and was randomized, with over 3,000 human subjects for seven long clinical years. You want to hear the results? Cancer risk was cut by 60% for the people with the highest intake of allium-containing vegetables, including aged garlic. Garlic reduces inflammation, fights free radicals, and fights cancer.
Eat it raw or chop it up and let it sit for 10-15 minutes before cooking with it or its beneficial compound, allicin, will not be released.

Why settle for chemotherapy which has a very low success rate and has a long list of side effects that do our body more harm than good, when we can just eat healthy food to fight off cancer? It's way cheaper than chemo, not really harmful to the human body and the chances of you beating the disease has a higher success rate. It may not be on the news or covered by mainstream media, but cancer survivors who took the natural route and are now cancer-free do exist, and there is a lot of them.