Fall Out Boy to release their newest single 'Young and Menace'

Tags: fall boy falloutboyacircnbspapril tour
April 28th 2017
View original
The full album will be on 15 September – but fans can enjoy the new track until the rest of the music is revealed. 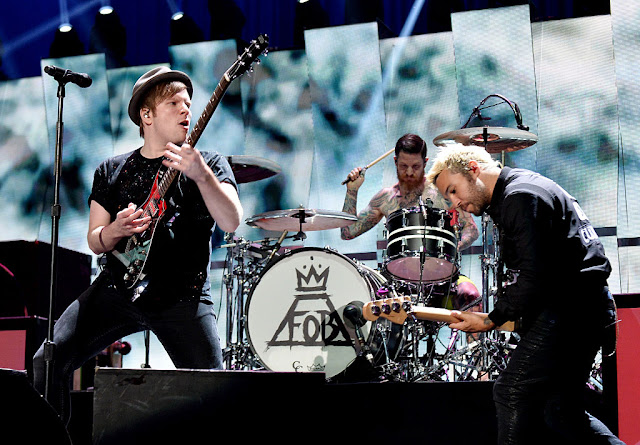 They have said that fans can expect many surprises before Mania is out – and they will be embarking on a Tour of the US in the autumn.
And the Mania tour will begin in the US on 20 October, with $1 from every ticket sold going to the Fall Out Boy Fund – which benefits charities throughout Chicago.

Preorder M A N I A in our webstore by Sunday night to get a presale code to buy tickets/VIP before anyone elsehttps://t.co/4qlYTecZco pic.twitter.com/HJalArMgdx
— Fall Out Boy (@falloutboy) April 27, 2017

Fall Out Boy had been teasing fans on social media, by revealing they had an announcement to make on 28 April.

Various purple-themed hints were dropped on Facebook and Instagram – then bassist and backing vocalist Pete Wentz tweeted that they were going to speed things up.

I think we can move this whole operation up a day

Happy birthday @PatrickStump thanks for being the guy.
— yung

To listen to Fall Out Boy’s new track, check out the video below.

Fall Out Boy to release their newest single 'Young and Menace'