The stewardess stepped up when the co-pilot on the TUIfly flight became incapacitated on October 11, 2016, while travelling to Mallorca from Hannover. 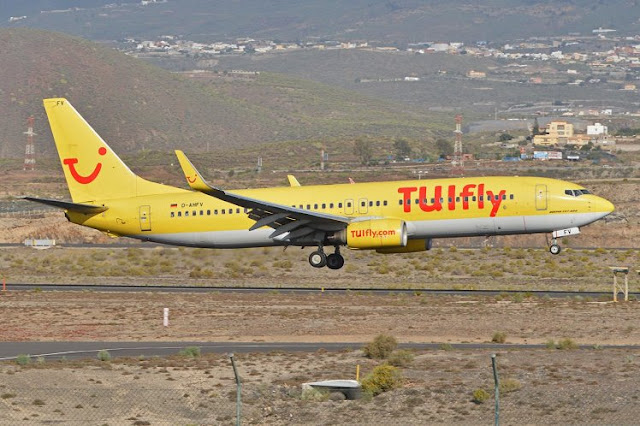 The co-pilot had been suffering from low blood pressure and passed out after using the bathroom, according to investigators.
The Air Stewardess filled his role at around 5.30am and helped the pilot land the Plane safely in Spain. Her duties included completing pre-landing safety checks on the Boeing 747-800, the German Federal Bureau of Aircraft Accident Investigation added in Tuesday’s report.

NBA Jam Game Comparison
Beard Bib – Solution For Messy Groomi…
What would happen to a modern-day Mos…
Firebird – Making Of Story
Kalorik – Up to 58% discount
Pilots are trained to land planes themselves but can request help if needed. The plane had 195 passengers and crew on-board.
The co-pilot was later released from hospital after doctors found no abnormalities. TUIfly spokesman Jan Hillrichs said safety on the flight wasn’t compromised and the incident was rare.
He added the flight attendant would receive an award for her bravery.

This post first appeared on Grabey | Weird News, Funny News, Strange News, Anything, please read the originial post: here
People also like
NBA Jam Game Comparison
Beard Bib – Solution For Messy Grooming
What would happen to a modern-day Moses in America?
Firebird – Making Of Story
Kalorik – Up to 58% discount
How does a used buy and sell car app like AutoUncle help the users to grab the best deals?