According to Researchers from University College Dublin, Cheese-eaters are generally slimmer than those who abstain from it. 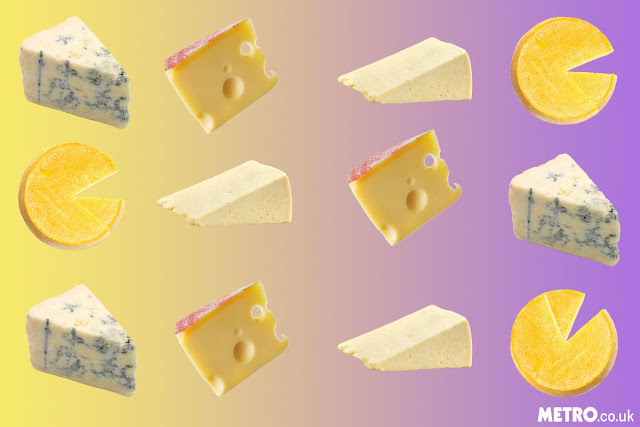 They say that cheese doesn’t raise cholesterol levels after all and that those who love a hearty bit of Dairy are on average, healthier.
They studied the impact of eating various dairy products, including milk, cheese, yoghurt, butter and cream, on 1,500 people aged between 18-90.

Juvenile diabetes and life insurance
Seal Shore campsite
Does a Home-Based Business Really Wor…
Good health and fitness is worth figh…
Wuhan Weather Report
And they found that those who consumed the most dairy had – on average – lower BMIs, lower body fat percentages, smaller waists and lower Blood pressure.
But the good news doesn’t just stop there.
They found that those who ate a low-fat dairy tended to have high cholesterol levels than their full-fat-eating colleagues. So you stop buying that tastless fat-free muck immediately.

The study reinforces the idea that the fats found in cheese don’t increase blood cholesterol levels because of the unique set of nutrients it contains.
‘What we saw was that in the high consumers [of cheese] they had a significantly higher intake of saturated fat than the non-consumers and the low consumers and yet there was no difference in their LDL Cholesterol levels,’ said study lead author Dr Emma Feeney.
‘We have to consider not just the nutrients themselves but also the matrix in which we are eating them in and what the overall dietary pattern is, so not just about the food then, but the pattern of other foods we eat with them as well.’
But this just sounds too good to be true.

(Picture: Getty)
Everyone knows that if you’re trying to lose weight, the first things to do are to reduce the amount of cheese on your pasta, swap full-fat for semi-skimmed, and to cut out the nightly baked camembert.
Well, apparently not.
‘Having a diet which is high in fats and protein, for example from dairy, is better for fat loss as long as it forms part of a balanced diet,’ Nutritional Therapist Dee Brereton-Patel from Optimised Personal Wellness told Metro.co.uk.
‘The research from this study has highlighted that for those who had a high dairy intake, consequently ate fewer carbohydrates which would support the claim that eating dairy products such as cheese daily can, in fact, help people lose weight.’
But Dee is clear that this isn’t a free pass for eating your weight in gruyere every day.

‘It’s worth noting that a diet which has a high milk intake can increase low-level inflammation in the body which is associated with long-term chronic health problems such as heart disease, diabetes and high blood pressure.’
If you want to reap the full benefits of a calcium-rich diet, nutritional guru Rick Hay says to opt for organic versions.
‘I recommend people eat products that are as close to nature as possible – i.e. not low-fat or low-carb – as the body recognises these more easily.
‘People should eat cheese if they want when following a healthy eating plan. Small pieces are high in protein which helps with satiety and helps to decrease cravings in the long run. They also help to regulate blood sugar levels which help to improve both mood and energy.
‘I would not encourage excessive dairy or cheese consumption though and also prefer organic varieties where possible.’
Writer: Miranda Larbi for Metro.co.uk