Well, because it’s 2017 and it seems no one can agree on anything, 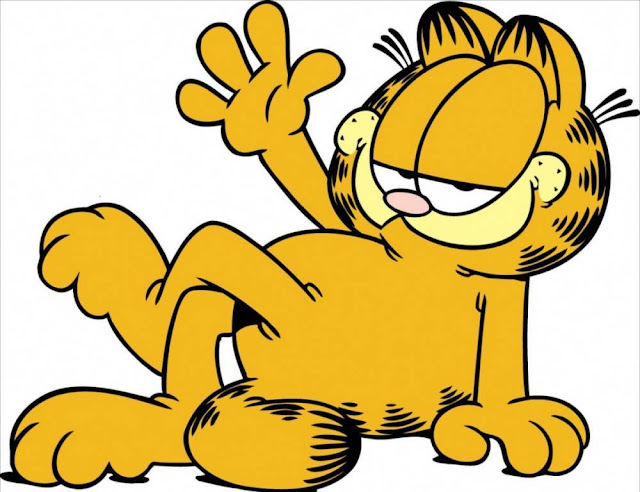 an epic Wiki editing war broke out at the end of February that saw Garfield fans changing the gender of Garfield, with many believing him to be a male and others, female.

Predicting Roulette
Review: Shaw Davis & The Black Ties ‘…
7 Reasons Why You Should Hire A Femal…
Ice Cream Cakesicles: Perfect Party T…
Worldbuilding For Multiple Alternate …
And then the cartoon cat’s creator Jim Davis had to finally step in and confirm that Garfield, is, in fact… a male cat.
‘Garfield is male,’ Davis told the NY Daily News. ‘He has a girlfriend, Arlene.’

This is fact (Picture: Wikipedia)
Writer Virgil Texas kicked off the drama by tweeting a 2014 article Davis gave to Mental Floss in which he claimed that Garfield, ‘by virtue of being a cat, really, he’s not really male or female or any particular race or nationality, young or old’.
‘FACT: Garfield has no gender. This. Is. Canon. I have updated the Garfield Wikipedia entry to reflect this fact,’ Texas tweeted.

FACT: Garfield has no gender. This. Is. Canon.pic.twitter.com/umm4OmeeVx
— Virgil Texas (@virgiltexas) February 24, 2017

But this did not please many comic strip fans who then went on a frenzied war on Wikipedia, altering the gender of Garfield constantly, so much so that Wikipedia ended up locking the page down.

Davis also revealed that his previous comments on the subject in the 2014 interview had been ‘taken out of context’.