The easiest way to get free PokéCoins in Pokémon GO 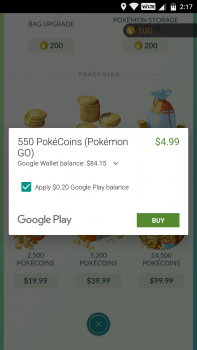 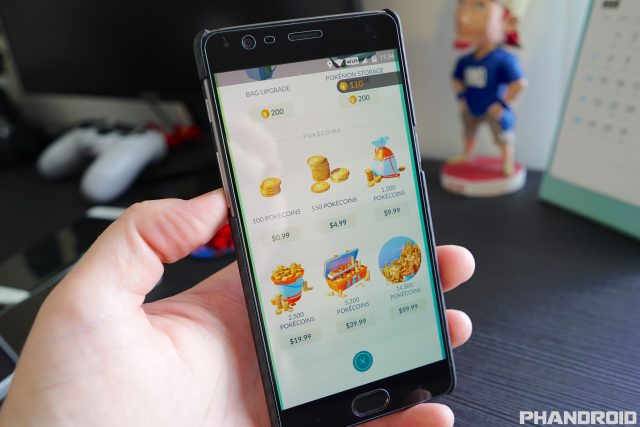 Pokemon Go, while not the toughest game you'll come across, can definitely be a bit challenging. This is especially true the higher your character level grows. The constant thirst to hit PokeStops whenever and wherever you can for more items can be a bit much for casual player. It's subtle, but sometimes it feels like the game is ever so gently nudging you toward making small purchases to help make your life easier. You can do this using PokeCoins, Pokemon Go's in-game currency, but like most freemium games you'll come across, requires a lot of time and effort to obtain.

There are 2 main ways to get PokeCoins in Pokemon Go: by taking over gyms or simply by using real money to buy them via in-app purchase. In this post we'll explore both options and show you that even if you feel like caving in and buying PokeCoins, there's still an easy way to get them for free using someone else's money. Let's dive in.

HARD: Taking over as many Gyms as possible

In order to gain free PokeCoins in Pokemon Go, the "easiest" way is by taking over gyms. To do this, you'll either need to topple an opposing team's gym, or add a Pokemon to your team's gym by leveling up its prestige. For every Pokemon you've placed in a gym, you gain 10 PokeCoins as a "Defender Bonus" and can collect once every 24 hours in the Shop by clicking the shield icon.

Since you're only allowed to collect once every 24 hours, the idea is to place your Pokemon in as many gyms as possible before collecting your defender bonus. This is easier said then done, as waiting too long can result in someone else taking over your gym, killing your chance at collecting its defender bonus. For folks limited on time, this often means you'll place a single Pokemon in a gym and immediately cash out, waiting until the next day to repeat the process.

Okay, so getting free PokeCoins by taking over gyms isn't really that easy and actually quite time consuming. Remember, no matter which team the gym belongs to, it's going to take a lot of fighting and since it often requires more than a few rounds to topple or level up a gym, you're going to need plenty of potions and revives to keep the fight going. Don't forget that when leveling up your own team's gym, your Pokemon wont die completely, meaning you wont need to use a revive to continue fighting with that Pokemon (just a few potions to heal him back up).

Although finding potions and revives isn't too big a problem (PokeStops are plenty and readily supply you with them), it's the limited space in your bag that's the real enemy. You'll have to decide whether you want a bag full of potions/revives for gym battling, or Poke Balls for hunting new, more powerful Pokemon. The easiest solution to this is by upgrading your Bag storage to hold more items for each play-style, something the game charges a cool 200 PokeCoins for an extra 50 items.

With each gym you've placed a Pokemon inside only paying out 10 PokeCoins each — you can see how this whole process requires a lot of time and effort on your part, something that may discourage casual players. But there's also another way to obtain PokeCoins for free, and you don't even have to leave  your house to get 'em…

The beauty of playing Pokemon Go on Android — or any freemium game for that matter — is a little app called Google Opinion Rewards. We've covered this app in the past, but in case anyone missed it, the app allows you to take quick and easy surveys in exchange for Google Play credit. You can then use this Google Play credit to purchase any digital goods in the Play Store — including in-app purchases like PokeCoins. Here's how it works:

Filing out surveys is mostly easy, but will require your full attention. To make sure your answers are authentic, Google will occasionally try and catch you slippin' by either asking you the same question twice (seeing if you answer differently), or asking you questions like your opinion on a completely fictional theme park. Answer carefully and truthfully, or you'll run the risk of Google cutting you off from receiving future surveys.

When it comes time to purchase PokeCoins from inside the game's shop, a popup will tell you how much it's charging you and if you'd like to apply your current Google Play balance, aka the credits you've accumulated through Google Opinion Rewards. Just make sure the little box is ticked, click buy, and you'll be all set.

Each survey pays out its own unique amount, so don't get discouraged if you come across a few 10 cent payouts. You may even find one that gives you a dollar, which roughly translates to 20 free Poke Balls or half of a bag upgrade.

Remember, sometimes it's not about playing harder, it's about playing smarter. You can download Google Opinion Rewards via the link below.

What is Conversion Tracking? How to S…
A Comparison of the Environmental Imp…
विश्व भूगोल Complete Book PDF मे Down…
Expansion of Fed’s Balance Sheet coul…
http://phandroid.s3.amazonaws.com/wp-content/uploads/2016/08/Google-Opinion-Rewards-PokeCoins-Screenshot_20160808-141716-197x350.png

The easiest way to get free PokéCoins in Pokémon GO