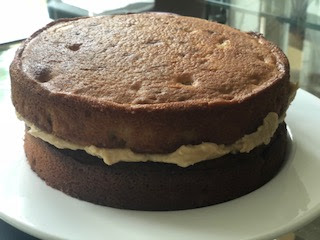 This cake is made from ingredients you probably already have at home - or you might only need to buy one extra ingredient - so is great for those last-minute 'I need to make a cake' moments. It's also incredibly moist and really tasty so I think this is something I will be making again!

I made this cake when my parents came to visit - we'd had a busy weekend and I hadn't really thought about what food we would eat until two days before, so quickly did an online shop. I thought it would be nice to have some cake while they were here but hadn't thought about it in time to add anything to my shopping list, so decided to find a recipe using what I had in the house.

I have a recipe book I love called United Cakes of America, which has a different cake or pie representing every state, which I haven't used for a little while. It has a recipe from West Virginia for apple butter cake which I decided to adapt.

Apple butter is like apple sauce but creamier and more concentrated in flavour and more like a spread. I didn't have any and while you can get it in the UK, it's not something you can just pick up in Tesco. I did have a jar of apple sauce in the fridge so decided to use that, and the cake turned out really well. I also added more cinnamon to the mixture as the recipe only called for a quarter of a teaspoon which I didn't think was very much. 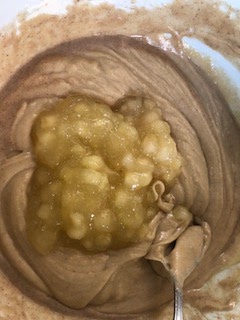 The filling for this cake also looked very elaborate - a buttercream that involved using milk, flour and sugar, heated in a pan -I usually just mix butter and icing sugar! I didn't have a lot of time so decided to make my usual easy buttercream but flavoured with cinnamon, as in the recipe, but also add a splash of apple juice.

The top of this cake would look nice decorated with sliced apple but again as I was only using storecupboard ingredients I didn't have any. Here's what I did - I'm calling this an original recipe as it was so far removed from the one in the book!

Cream together the butter and sugar then beat in the eggs one at a time.

Fold in the flour, along with the salt and cinnamon.

Carefully fold in the milk, and then the apple sauce and vanilla flavouring until the mixture is well combined.

Spoon into the two cake tins and bake for 30 minutes. Remove from the oven and leave to cool in the pans, then turn onto a baking rack to finish cooling.

To make the buttercream, cream together the butter and icing sugar with the cinnamon and apple juice.

When the cakes are cool, spread the filling in between the two layers and also on the top if you like (you will need to increase the quantity if you also want to ice the top and sides of the cake).

This cake kept beautifully moist for a few days and I really enjoyed it - you can taste both the cinnamon and the apple. 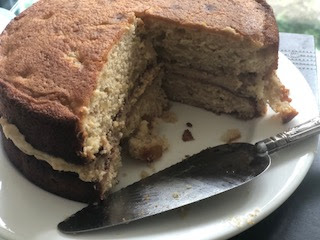 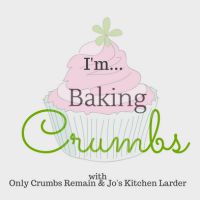 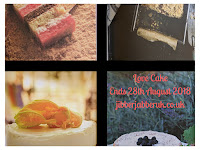