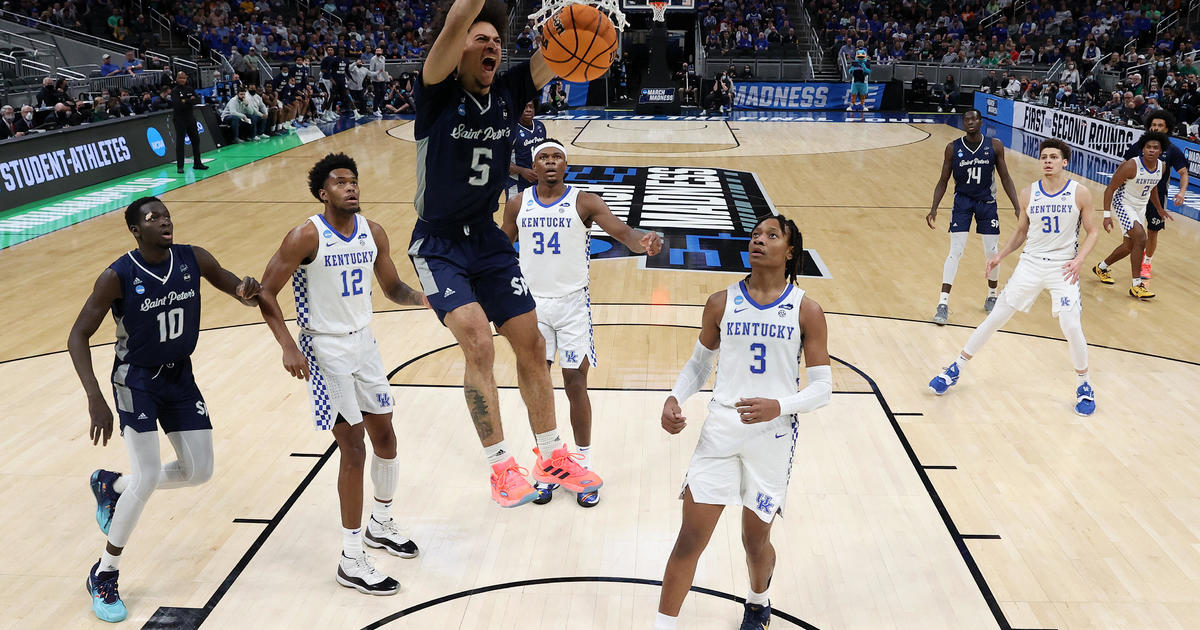 A trio of unexpected losses during the NCAA March Madness tournament this week have shattered more than half the Brackets wagered and frustrated millions of college sports gamblers nationwide.

More than 101,000 brackets completed using ESPN are worthless now because they selected Iowa and Kentucky for the final championship game, according to data compiled by PlayUSA. ESPN saw more than 17 million brackets completed for this year’s March Madness, PlayUSA said, and about 8.8 million of them — or 52% —predicted Kentucky and Iowa would still be in the tournament. Those bets are now moot.

The NCAA reported Friday that fewer than 200 perfect brackets remain, including 161 from ESPN.

The gamblers who pegged Connecticut, Iowa or Kentucky to win may have lost hundreds or even thousands of dollars on their bracket bets, but they can still perhaps win some money, college sports betting expert Eli Hershkovich told CBS MoneyWatch. It will take betting on individual games throughout the rest of the tournament and winning those wagers, Hershkovich  explained.

“You can make it back, but for the people who are new to this and want to lay that kind of price down again, it’s going to take time to win that back,” he said.

Days before the men’s college basketball tournament begins, bettors place their wagers and complete brackets using more than a dozen different platforms. Some favor FanDuel or DraftKings sportsbooks for their bets while others complete a bracket using ESPN (the largest of the platforms), Yahoo or CBS Sports. Fans who predict the winners using a bracket typically vie for cash prizes organized through an office pool from their employer or a friendly wager with family and friends.

The Connecticut, Iowa and Kentucky upsets are noteworthy because they happened at a time when Americans are slated to place a record number of bets on the tournament due to the legalization of mobile sports betting in several large states. Roughly 45 million Americans are expected to place around $3.1 billion in bets during March Madness, according to the American Gaming Association.

It’s difficult to estimate how much money bettors lost from the upsets because sportsbooks keep those numbers private.

After just one day of MADNESS… #MarchMadness pic.twitter.com/1OicR0mYLj

Hershkovich said fans are likely frustrated with the Kentucky loss more than the other two upsets because many brackets had Kentucky beating Saint Peter’s and winning the entire tournament.

The Kentucky game didn’t spell ruin for everyone, FanDuel told CBS MoneyWatch on Friday. One user placed a $2,000 on Saint Peters and won $24,000, FanDuel reported.

“While there were no large wagers on the game, there were plenty of small bets at big odds that made a lot of St. Peters fans happy across the country,” FanDuel said.

“It’s March Madness and this year it will be madder than ever,” White said. “And we’re going to see plenty of more.”

Khristopher J. Brooks is a reporter for CBS MoneyWatch covering business, consumer and financial stories that range from economic inequality and housing issues to bankruptcies and the business of sports.

This post first appeared on Chickens For Sale, please read the originial post: here
People also like
A Guide To Visiting Antigua, Guatemala: The Best 5 Things To Do And See
Bodycam Video: Arizona Police Shoots A Man After Mistaking His Vape Pen For A Weapon
Return to Monkey Island – Coming in 2022
Google Pixel Watch Coming Later This Year; Pixel 6a Expected To Launch On July 28th