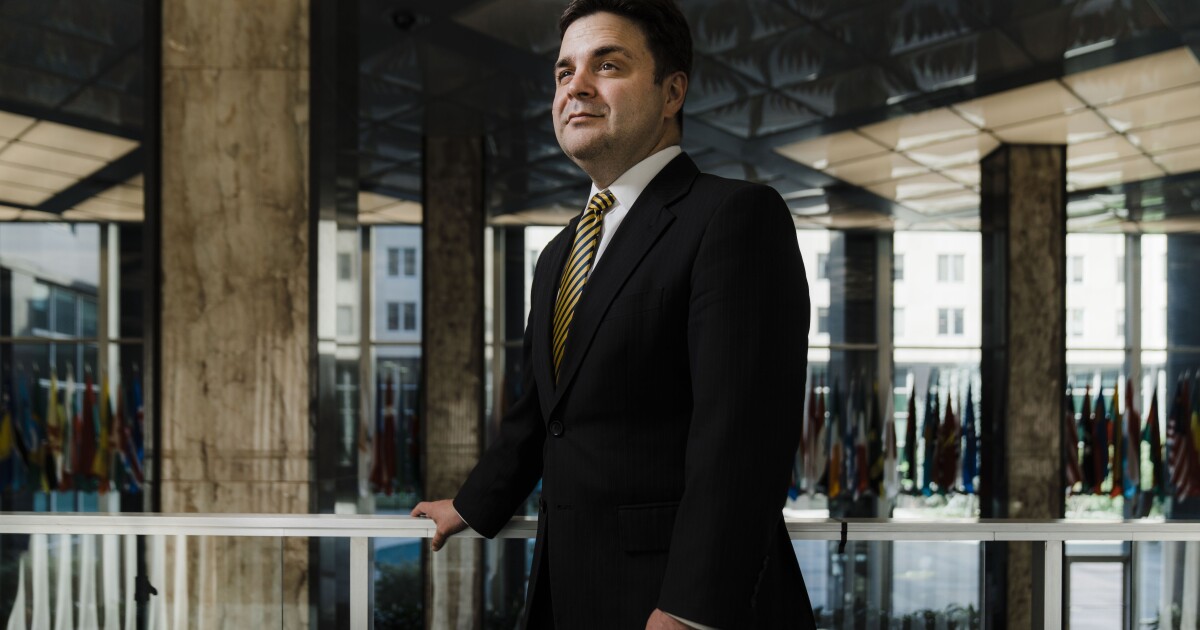 Democracy in Central America appears to be on the downslide.

In Guatemala, an anti-corruption judge went into exile on March 21 amid threats to her life after presiding over cases implicating high-level Guatemalan officials, including the country’s president, Alejandro Giammattei.

In El Salvador, President Nayib Bukele has arrested hundreds of people in response to a spike in homicides, including a string of gang-involved killings last weekend that left scores of people dead. Bukele’s crackdown has raised fears that he’s trying to further consolidate power and is trampling on civil liberties.

In Honduras, former President Juan Orlando Hernández faces extradition to the U.S. under a cloud of accusations that he colluded with drug cartels to ship tons of cocaine to the U.S. in return for financial support for his political party.

All this took place in a span of two weeks.

Ricardo Zúniga, the Biden administration’s special envoy for the region, spoke of the challenges in Central America, and how they are expected to result in an uptick of Immigration from the region, while visiting Los Angeles for a Summit of the Americas event earlier this week.

“All we’re trying to do now is halt the slide” of democracy and accountability, Zúniga said in an interview with The Times, “so that we can have some place to build from.”

Zúniga spent most of his three-day stay meeting with Angelenos who form part of the Latin American diaspora.

His visit came just days ahead of Friday’s announcement by the Biden administration that it planned to end by late May a controversial policy that has blocked most migrants from seeking humanitarian protections at the U.S. border.

The policy — often referred to as Title 42 — was invoked by the Trump administration, referring to a rarely used 1944 public health statute that allows for the quick expulsion of migrants either to Mexico or to their home countries. Trump administration officials cited the need to curb the spread of the coronavirus.

Over the last two years, border authorities have used Title 42 to expel migrants in about 60% of encounters — more than 1.7 million expulsions — while allowing others in with humanitarian exemptions. But as the response to the COVID-19 pandemic changed within the U.S., officials began preparing an end to the policy.

Biden’s decision to undo Title 42 is a potentially risky move as the midterm elections approach. Immigration hard-liners on the right are certain to pounce if the policy reversal leads to a Central American exodus.

Zúniga, the U.S. principal deputy assistant secretary in the Bureau of Western Hemisphere Affairs, said State Department officials have been preparing for months to implement the policy reversal.

Speaking with The Times on Wednesday, Zúniga, who also is the administration‘s special envoy for the Northern Triangle countries, spoke about what’s next for Central American relations, starting with the lifting of Title 42, a decision that a number of Republicans and at least one prominent Democrat, Sen. Joe Manchin III of West Virginia, quickly attacked on Friday.

Once the policy changes, the number of apprehensions along the U.S. southern border will initially look as if it’s decreasing, Zúniga said. But that’s because for some time data have been collected in a misleading way.

After then-President Trump implemented Title 42 in March 2020, the administration allowed border officials to quickly expel migrants seeking admission into the U.S. without much processing. There really weren’t any repercussions to crossing illegally, so the same person would often try to cross multiple times.

That’s one reason why the Border Patrol stopped labeling this data as apprehensions and labeled them as “encounters.” Encounters can mean multiple attempted crossings by one person, a classification that has artificially inflated the numbers.

For several months, the Biden administration had hinted at lifting Title 42 but had stopped short of doing so, sparking criticism and increased pressure from immigration advocates and progressives.

Zúniga believes that after Title 42 is reversed, it will dissuade some people from trying to cross more than once because there will now be consequences — such as prison time — attached to those attempts.

“But what we are preparing for is the expectation that there will be increased numbers” of migrants overall, he said.

People will continue to come to the United States for the same reasons as they always have, Zúniga said. Many Central Americans don’t believe that economic conditions will improve, while democracy, the rule of law and the security situation continue to deteriorate.

“What’s different from this moment is not just that it’s Mexican and Central American immigration — although that’s big,” Zúniga said. “It’s Venezuelan. It’s Nicaraguan. It’s Cuban. It’s Colombian and to some extent Ecuadorean. We are seeing a lot of communities at once because the displacement caused by the pandemic is so widespread.”

Misinformation and disinformation about the administration’s policy reversal is another concern for Zúniga. He believes that misperceptions and false reports could lead to a significant increase in immigration.

“They are going to be sold an impression that now, ‘The border is open. There are no more restrictions. Title 42 is gone. You won’t be returned,’” he said. “And the question is how to make sure people understand and get the real information ahead of time that the implications are real.”

As in the past, State Department officials are working on messaging in order to stem the possibility of a sudden Central American exodus. They are in conversations with Central American leaders about what the policy lift means and how they plan to enforce immigration law and prosecute multiple border crossings.

They plan to run advertisements in regional radio stations in Guatemala, Honduras and El Salvador, urging would-be immigrants to stay put and warning them of the dangers of clandestine immigration, Zúniga said.

Also, State Department representatives have spoken with Central American government leaders about readying consular services to provide rapid access to documents, including passports, to those who end up in U.S. immigration detention and are removed from the country.

But Zúniga knows that word of mouth probably will have the greatest impact on immigrants’ perceptions.

“We can do all of those things, but it’s going to take real cases of people having the real experience of going through that process for people to understand there is going to be a process.

OEDRO – Build your own Adventure: 15%…
A Guide To Visiting Antigua, Guatemal…
Netflix to now add a live streaming f…


This post first appeared on Chickens For Sale, please read the originial post: here
People also like
OEDRO – Build your own Adventure: 15% OFF Selected Auto Parts
A Guide To Visiting Antigua, Guatemala: The Best 5 Things To Do And See
Netflix to now add a live streaming feature on its app to keep its subscribers