Travel and Food are two things which always go parallel and complement each other for the best. You could never miss out on food specialities while you travel and vice versa. India’s rich land of both exquisite food and exceptional tourist sites makes it a perfect destination to feed the foodler (food+traveller) in you.

The Wonders of Pili Oil
Landmark beach Lagos: All you need to…
51 Best Start-up Ideas to Try
How To Kill Carpenter Ants

Following is a list of India’s top food festivals that will definitely make you drool and are worth a visit. 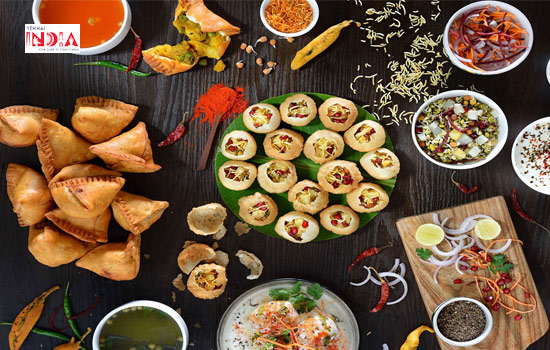 Hosted in the capital city of India, National Street Food Festival is a strategic initiative taken by NASVI to promote the street food vendors. The festival brings together different street food vendors from across the country to the Jawaharlal Nehru Stadium of New Delhi.

Distant from the charm of restaurants, this festival is designed to bring out the best street delicacies of India into an even more charming ambience complemented with music. From momos and chaat to samosas and chole kulche, you’ll get it all here. 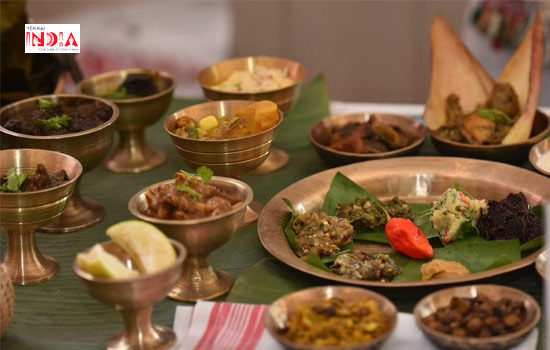 Known by few but still, Mei Ramew is one amongst the most enthralling food festivals of India. The festival is organized by the North East Slow Food and Agrobiodiversity Society and is held in the village of Mawphlang, Meghalaya. If Meghalaya’s food and culture excites you, this festival is a must-not-miss for you.

Mei Ramew renders you the chance to taste the soul of Meghalaya through the ethnic and authentic delicacies made by different communities of the state. Another exceptional element of Mei Ramew is the fact that most of the food items are mostly forest born and locally grown. 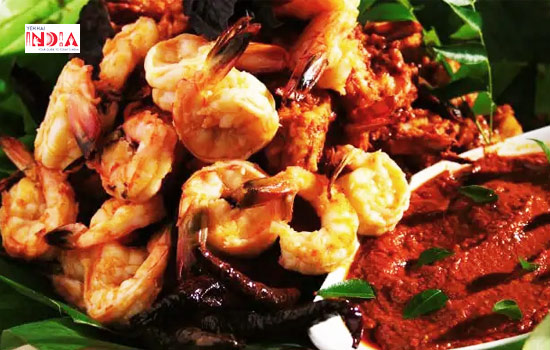 Adding to the glamour of India’s most famed tourist destination, the Goa Food and Culture Festival tells you why Goan delicacy is much more than what it seems. The fest is an initiative taken by the Goa Tourism Development Corporation to promote the ethnic cuisine and rich heritage of the state.

The fest holds around 70 stalls which serve Goa’s culture and authenticity on a plate. GFCF is not only known for its folk tradition of delicious food but also the vivacious ambience created by music and dance. 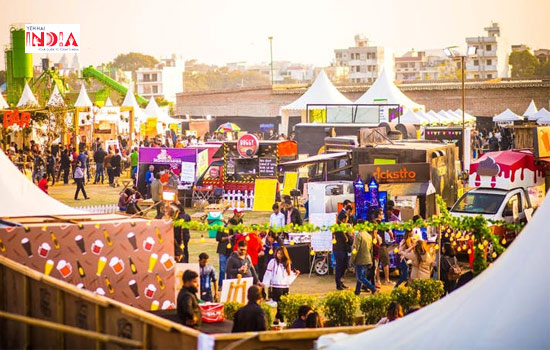 The Grub Fest is one of the most celebrated food festival in India. Unlike other fests, The Grub Fest is not limited to food and is inclusive of all the other multifarious entertaining elements.

The fest conducts culinary workshops, musical performances, food market and famous restaurants of the three cities. The list actually doesn’t end here as the fest also has a space called Grub Mile dedicated to mini-food trucks. What further adds to the charm of this fest are the food-oriented film screenings. Altogether, The Grub Fest is a must-visit for all the foodies. 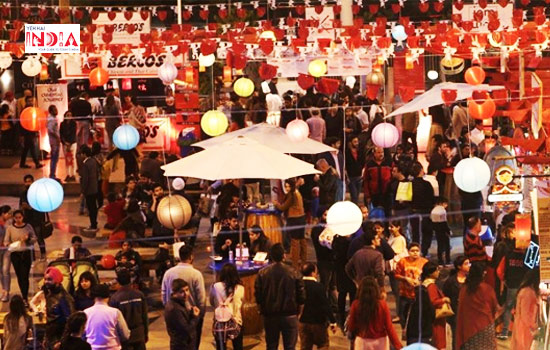 As the name suggests, Asian Hawkers Food Fest provides you with a range of Asian dishes all at one place for three consecutive days. From the country of Korea and China to Thailand and Japan, this fest will serve you delicious dishes from all the Asian Countries.

The best part of this fest is that it brings you closer to the international cuisine while staying in India and dishes like Peking duck, sushi, pad thai, tempura and other seafood platters give away an exotic vibe. Apart from the finger-licking yummy food, AHFF is also known for its entertaining ambience. 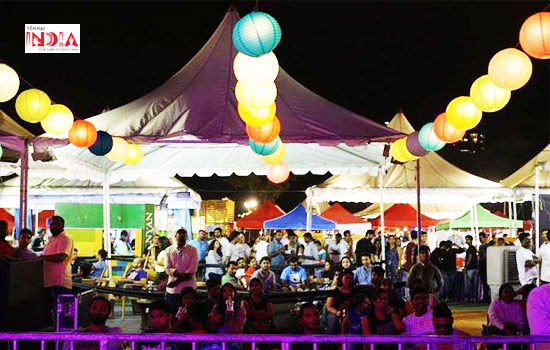 Bringing to you the best cafes, restaurants, food trucks and bars of the city under one roof, Bengaluru Food Fete is one of a top-rated food event. The fest is also an opportunity for all the budding restaurateurs, bakers and chefs to impress the visitors with their art of food-making. 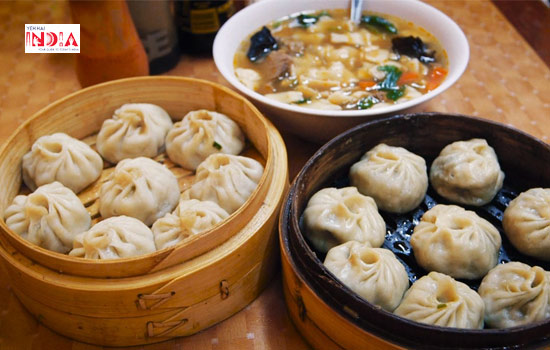 As interesting and enticing as it sounds, the GoBuzzinga Momo Festival has much more to make your day great. Not making the momo lovers drool is the last thing to expect from the fest.

GoBuzzinga serves you more than 300 varieties of momos like vodka momos, kurkure momos, chocolate momos, tandoori momos and hundreds more with multiple stuffing and flavour options. Though the primary focus of the fest is momos, other delectable dishes from across the country are also available with the best of music and booze.

With exotic food trucks and excellent ambience, the Navi Mumbai Food Truck Fest is one of the best food festivals in India. As the title suggests, the fest brings together all the amazing street food trucks from across the country at one place in Navi Mumbai, to serve you their best state-cuisines.

The Truck Fest is also suitable for kids as a separate section is dedicated to the kids with the food and games they love. If street-food is your thing, Navi Mumbai Truck Fest is the place for you. 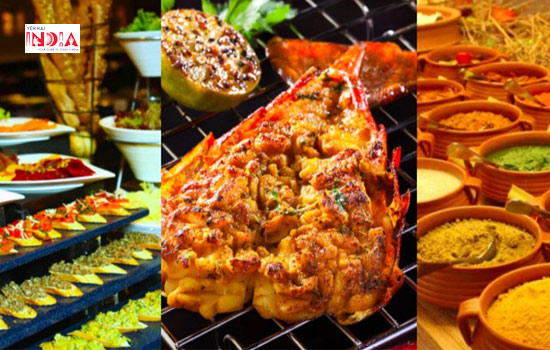 The Great Indian Food Festival is yet another tempting centre for the foodies. The fest is organised in the core-city of Indian food festivals, New Delhi. Over 80 stalls from around 12 states of the country come together to present you with everything from parathas and pakoras to kebabs and butter chicken.

To make your visit even more interesting and fun, the fest organises vada-pav eating and gol-gappa gulping competitions which adds to your blissful time. 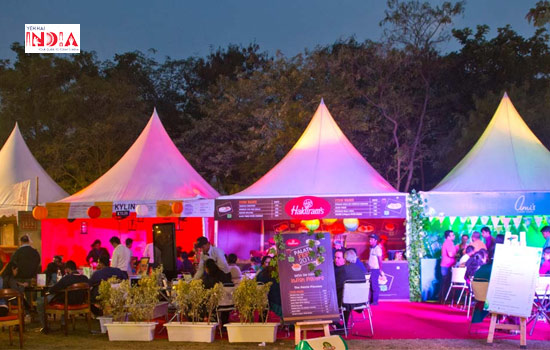 Palate Fest is a three-day-long food fest organized in the capital city; which sees the involvement of all the finest restaurants, food stalls, cafes and also the embassy kitchens serving their luxurious delicacies under one roof.

Not limited to the stalls and cafes, big names like Radisson, The Taj, The Oberoi, etc can also be expected from the Palate Fest. Also, live performances from the country’s top artists are what further amplifies the exotic ambience of the fest.

Go on and feed the foodie in you by visiting these amazing festivals with their own different speciality, giving you the best time.

Also Read – ORGANIC FOOD – All you need to know about!

The post TOP 10 FOOD FESTIVALS OF INDIA THAT WILL MAKE THE FOODIE IN YOU DROOL appeared first on Yeh Hai India.