Tarak Mehta ka Ulta Chasma: In this Entertainment Post I'm gonna Revel all the Tarak Mehta ka Ulta Chasma cast real name and their family status and also the social media profile of this SAB TV actors and actress. As you all know this Tv serial tarak mehta ka ooltah chashmah 2020 is a very popular and comedy Family show, all the age groups are love to watch this serial and also it is one of the longest-running show on TV of all time. 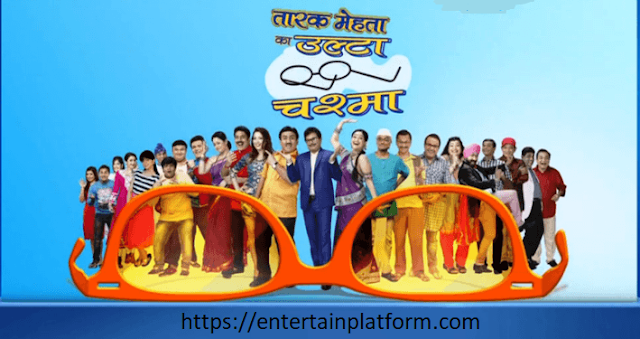 The most famous character of this tmkoc is Jethalal and his wife in the serial Daya Ben also the other characters like baapuji or champak chacha, tapu, goli, and various team of tapu sena and all other characters. Soon in this post, we will reveal the real name, age, family members, and social media profile of this show taarak mehta ooltah chashmah.

This show is basically all about the families of different culture and religion living in the same society name Gokuldham Society to represent the diversity and passing the message and teaches the value to real society of the world in fun and comedy ways.

There is a list of characters of Tarak Mehta ka Ulta Chasma so we are going to reveal one by one each character.
1. Jethalal Gada
we all know him very well since he is playing a leading role in this serial tmkoc. He is also running the electronic shop name Gada Electronic in the serial. Jethalal Gada's Real name is Dilip Joshi. He is a very talented actor and also awarded for various performances done in the taarak Mehta ka ooltah chashmah.
He's real age is 43 years (19 August 1973) and in 2020 he joined the very famous app Instagram in the lockdown to share his life story or any other announcement with the fan.
Here is the Link of Dilip Joshi Instagram account official aka Jethalal Gada Profile - Dilip Joshi
Please be aware because many people making fake accounts on his name, the link which we have provided is the only true and official account of Dilip Joshi.
2. Daya Ben
She plays the role of mother tapu and wife of Jethalal Champaklal Gada. Dayaben she also won several awards for her outstanding performance, her favorite dialogue is "Hey Maa Mata Ji". Daya Ben Real name is Disha Vakani. Her Real Age is 40 years.
Find out the real Disha Vakani Instagram official Account  - Disha Vakani
3. Tapu
He plays the role of the son of Dayaben and Jethalal in taarak mehta ka ulta chasma show. He's real name is Bhavya Gandhi but now he left the show in 2017 with unknown reason.
Now we have a new Tappu in Tarak Mehta show who's real name is Raj Anadkat. The official Instagram account of Raj Anadkat is - Raj Anadkat
4. Sonu
Sonu plays the role of tapu sena and daughter of a master Aatmaram Bhide. There is a lot of variation we have seen in the role of Sonu in Tarak Mehta show as follows:
Jheel Mehta - She is a part of the show from 2008 to 2012 in tmkoc show after that she left. her age is 25 years.
Nidhi Bhanushali - When Nidhi Join the show she replaces the Jheel Mehta and performed the role of Sonu from 2012 to 2019, the longest period the constant sonu we saw and admire her acting skill.
Nidhi Bhanusali Instagram Account - Nidhi Bhanushali Her Age is 20 years
Palak Sidhwani - She is playing the current sonu role in tarak mehta ka ulta chasma show and she replaces Nidhi in 2019. her Instagram account is - Palak Sidhwani Her Age is 22 years.
5. Champaklal Gada aka baapuji
The funniest as well as the interesting character of this show is Champak chacha. Champaklal Gada real name is Amit Bhatt. We know he is playing the character of Jethalal's father. His Real age is 45 years.
6. Sundar
We all know Sundar is playing the role of Dayaben's Brother role. He is always entertaining us with his new scheme to represent in front of Jethalal. Sundar's real name is Mayur Vakani and he is 28 years.
7. Anjali Mehta
She plays the role of the wife of famous writer in the show who's is also the Jethalal best friend Tarak Mehta. Anjali Mehta Real name is Neha Mehta and her age is 40 years.
8. Tarak Mehta
Tarak Mehta is most responsible and respected person in society and he is representing the famous Hindi writer role and also the best friend of Jethalal. His real name is Sailesh Lodha and his age is 49 years.
9. Aatmaram Tukaram Bhide
He is the secretary of the society of Gokudham which is presented in Goregaon east and also the teacher who teaches the student of 12th class. Aatmaram Bhide Real name is Mandar Chandwadkar. His Real age is 42 years.
10. Madhvi Bhide
She plays the role of Aatmaram Bhide's wife and she also runs the pickle and papad business from home. Madhvi Bhide Real name is Sonalika Joshi and her age is 42 years.
11. Krishnan Subramaniam Iyer
He is a Scientist and also a husband of Babita Ji in tarak mehta show. Iyer Real name is Tanuj Mahashabde and his age is 44 years.
12. Babita Iyer
She plays the role of the wife of Iyer and also a fitness freak she maintains her body by doing exercise and she is also a crush of Jethalal and we love to see how Jethalal flirts with her on the show. Babita Iyer Real name is Munmun Dutta and her age is 31 years.
13. Popatlal Pandey
He is a patrkar and works for a news agency. Popatlal Pandey Real name is Shyam Pathak and his real age is 39 years.
14. Abdul
Abdul is the owner of his shop which is outside the gate of Gokul Dham society and very famous for the soda shop. Abdul Real Name is Sharad Sankla and his age is 40 years.

The show Tarak Mehta ka Ooltah Chashmahs all episodes are live streaming on television every night on SAB TV channel. if you have an issue and not able to view the show in the TV you can also download the SonyLIV app which is free of cost and provided to watch all your shows which stream on SAB TV.
The Shooting of Tarak Mehta is again started after lockdown and all episodes are streaming and you can watch it on Mobile phones or TV.

In this above post, we have tried to cover all the tarak mehta ka ulta chasma real characters name, age, and social media profile link so that you can follow your favorite characters.
We hope you like this post about taarak mehta ka oolta chasama characters name and age episodes if you find this post as useful so please share with your friends and family on Facebook and Twitter. Let me know in the comment section if you think we have missed anything.
Tags: Jethalal, tmkoc episodes, real names of tmkoc, tarak mehta ka ulta chasma,

Researchers discover how to regrow teeth: Is this the end of dentistry?

Step Up 360 concludes on a high note; 15 startups selected to receive 1-on-1 VC mentorship