The Tethyan Belt Is Calling

After the collapse of the Iron Curtain, Eastern Europe was a rich hunting ground for mineral Exploration companies. In the mid-1990s I was part of a small, enthusiastic team assembled by Anglo American PLC under the banner of its subsidiary, Minorco. Anglo essentially gave us carte blanche to conduct reconnaissance exploration along the Tethyan belt from Hungary through to Pakistan, with the odd side trip to visit other regions of interest. 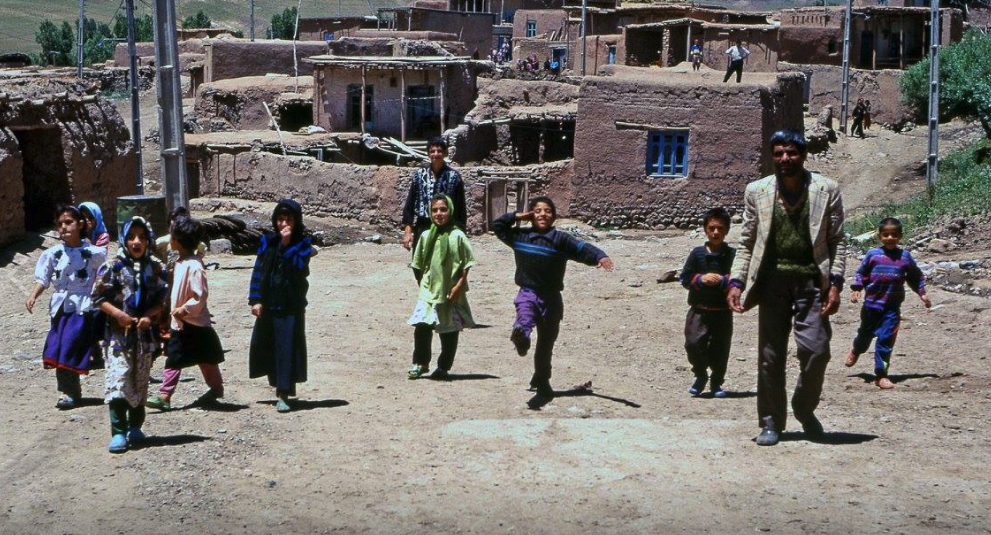 The Soviet-style exploration carried out under communism was pretty bloody awful. The metallogenic theories they applied were iffy to say the least, and all exploration results were regarded as state secrets. The geologists we hired told us that project information was rationed by the higher-ups, so the underlings never really got to see the whole picture – it was need-to-know stuff, and the juniors didn’t need to know. Any half-decent field geologist will tell you that you can’t explore blind with your hands tied. You have to know the target concept and the results to be able to confidently assess a project. 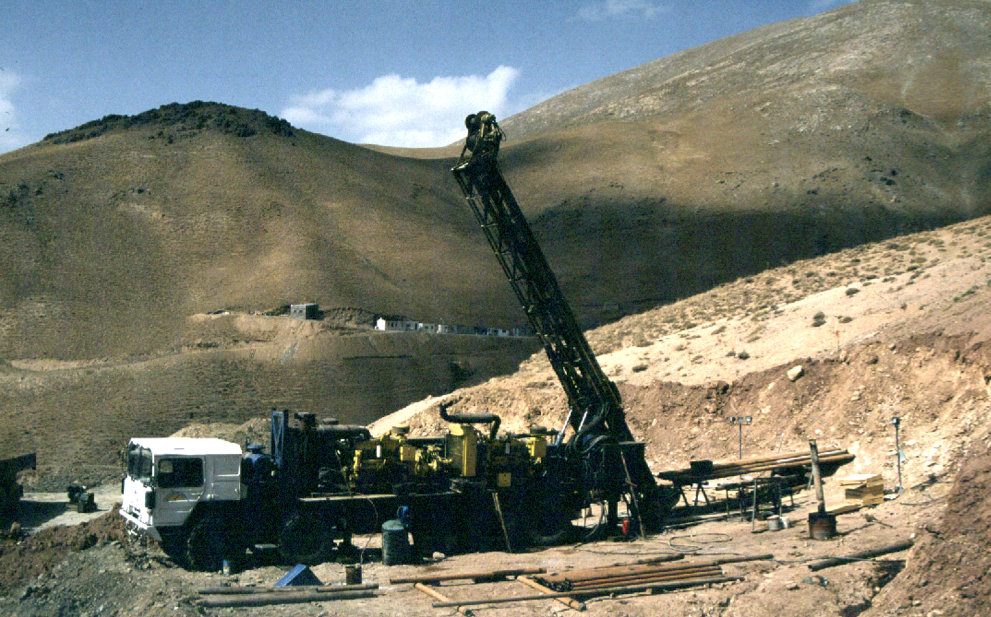 Drilling at the Zarshuran gold project in Iran, late 1990s.

You Can Only Explore For Zinc

To make matters worse, whole geologic regions were arbitrarily designated by the Party grandees as prospective ONLY for specific commodities; such-and-such area was a lead-zinc province, for example, so the teams weren’t allowed to explore or assay for anything else. We regularly came across drill results from projects that had been assayed for a single metal at the expense of a whole suite of other potentially economic ones. The net result of the ill-conceived methodology was that we found ourselves working in highly prospective belts which had never been explored using modern metallogenic concepts or techniques.

And So To Yemen

In the late 1990s, I was briefly in Sanaa, the capital city of Yemen on the southern end of the Arabian peninsula. We were establishing a field office for a program to evaluate parts of the country for zinc-lead systems. We knew of at least one zinc oxide project called Jabali in northern Yemen, and at that time zinc oxide deposits were intriguing targets for companies which had the technology needed to treat the ore. 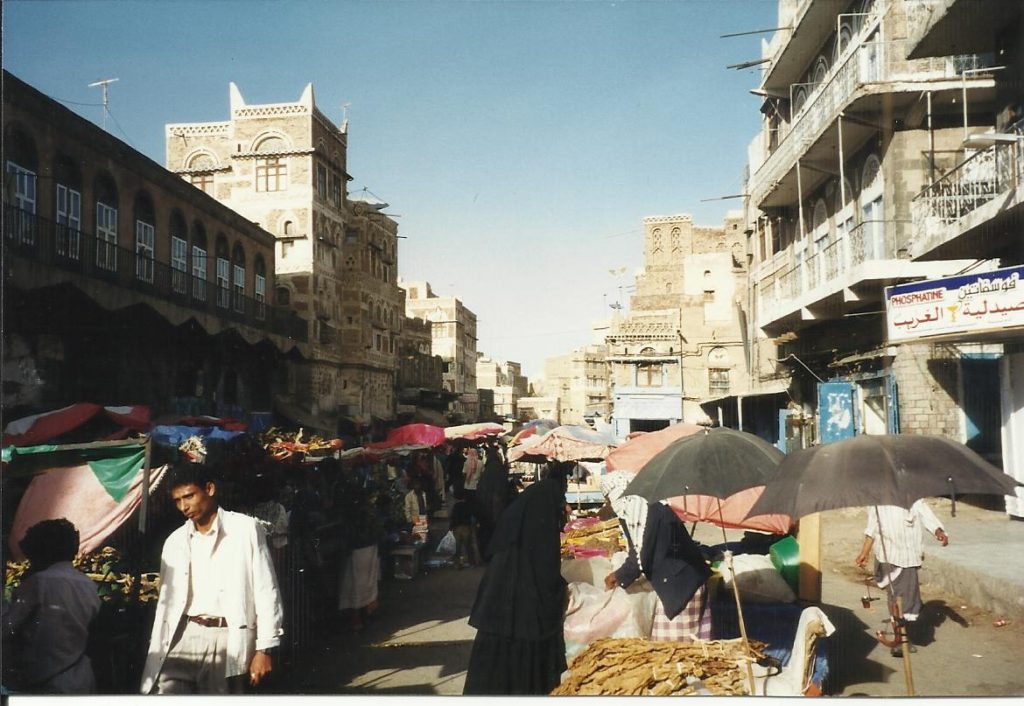 On our first fact-finding visit we travelled extensively around Yemen, including a detour to the south which had spent years under the control of a communist, Soviet-leaning government.

As the British colonial period came to a close in the mid 1960s, an armed struggle began, splitting Yemen into two countries for 23 years, finally ending in reunification in 1990. The south became the “People’s Democratic Republic of Yemen” supported by the Soviets. In exchange, Russia got naval access to the key strategic port of Aden. 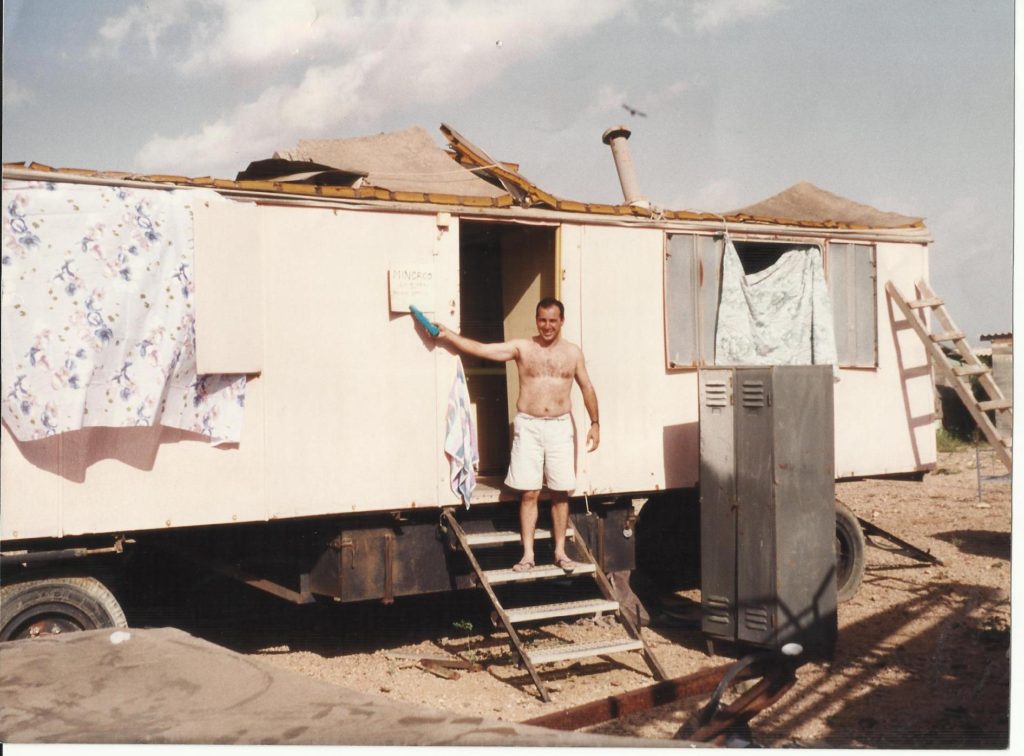 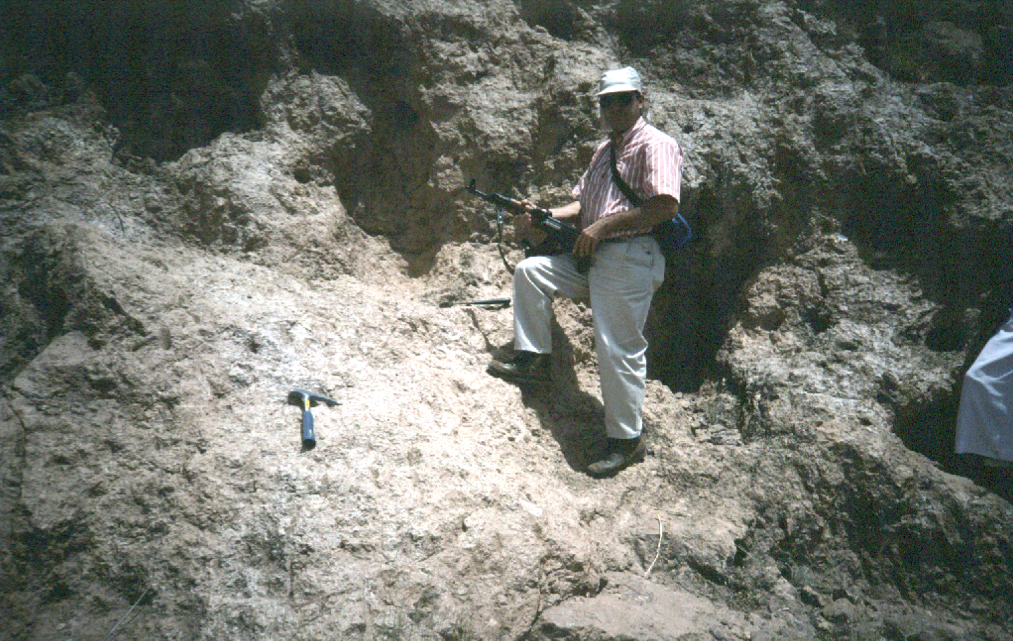 The communists divided South Yemen into 4 regions for their mineral exploration efforts. Exploration in each region was handled by a geological team from one of the communist sponsor governments that had supported the establishment of the People’s Republic. For example, the Czechs had one region, the Russians another, and the East Germans got their chunk to explore. This seemed to have been done along purely geographic -rather than geological- province lines.

We spent a couple of days conducting a very quick reconnaissance sweep of an area near the southern port town of Aden using old communist-era maps. One of their exploration techniques was to sample stream sediments, sieve and separate them, then pick out and count specific mineral grains using a microscope and tweezers; very labour intensive but cheap labour was never a problem for the communists. 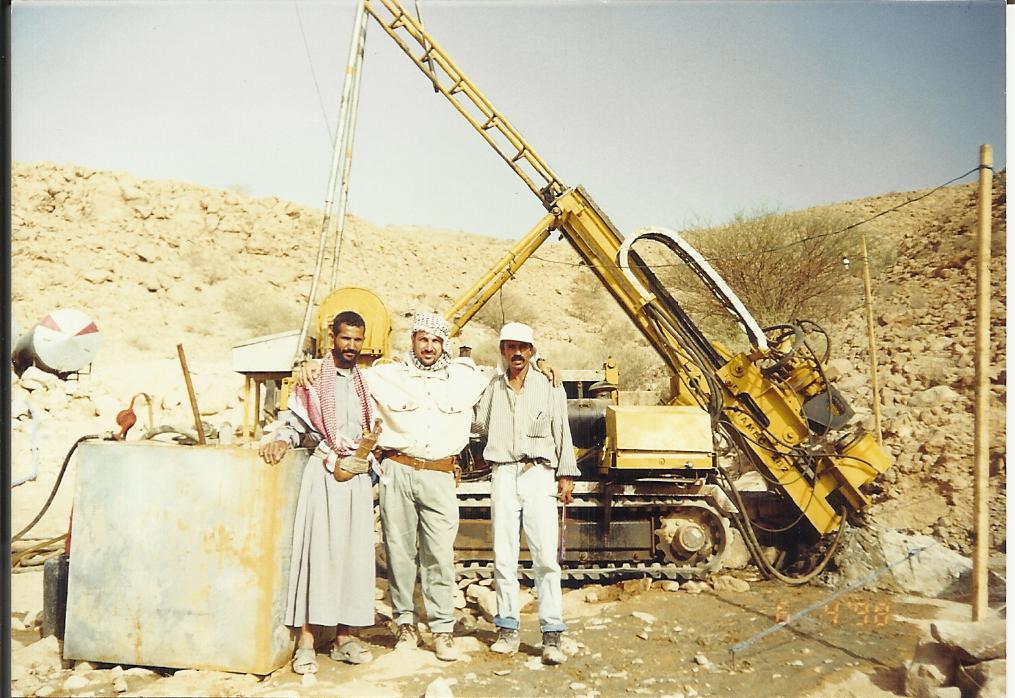 In the absence of reports or other data, the anomalies weren’t definitive, but they were interesting enough to spend a day or two trying to ground truth a few of the more accessible ones.

We were investigating a really high concentration of what appeared to be native copper grains in one of the deeply-incised dry stream bed north of Aden, along with some traces of secondary zinc and other metals. Curiously, the map also showed Native Lead grains in the sediments. The presence of native lead was a bit of a head scratcher at first, because lead typically occurs as its sulphide, galena, and the native metal is extremely rare. There is only a small handful of native lead localities known worldwide, and some of those are actually old smelters. It didn’t make sense to see so much in one small area.

And then the penny dropped. I remembered my dad telling me that his brother, my Uncle Peter, had served part of his national service in the Royal Air Force in Aden. In the run up to the communist take-over, the British army was caught up in an escalating guerilla war in and around the city, with fire fights and running battles against insurgents. 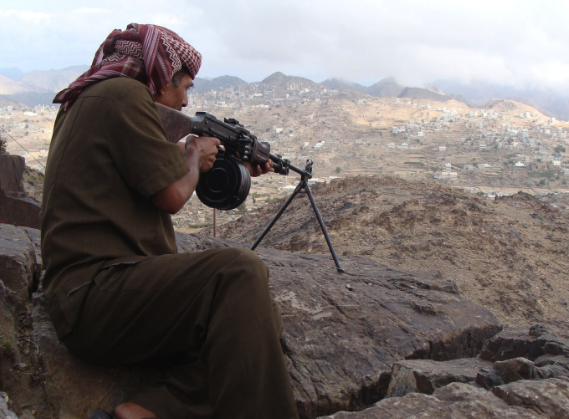 The Russian geologists had been picking out weathered bullet and munitions fragments from the stream sediments, relics of the many small battles that took place during the struggle. Their exploration methodology was itself so fragmented that nobody had sufficient information to put two and two together and arrive at the obvious conclusion –it was a man-made anomaly.

As a post-script, recruiting geologists in Yemen was a very strange experience. Yemeni men are often heavily armed, and it wasn’t unusual to conduct an interview with an AK47, pistol, grenade and dagger on the desk in front of you. Trying telling them “Sorry, you’re not qualified.“ 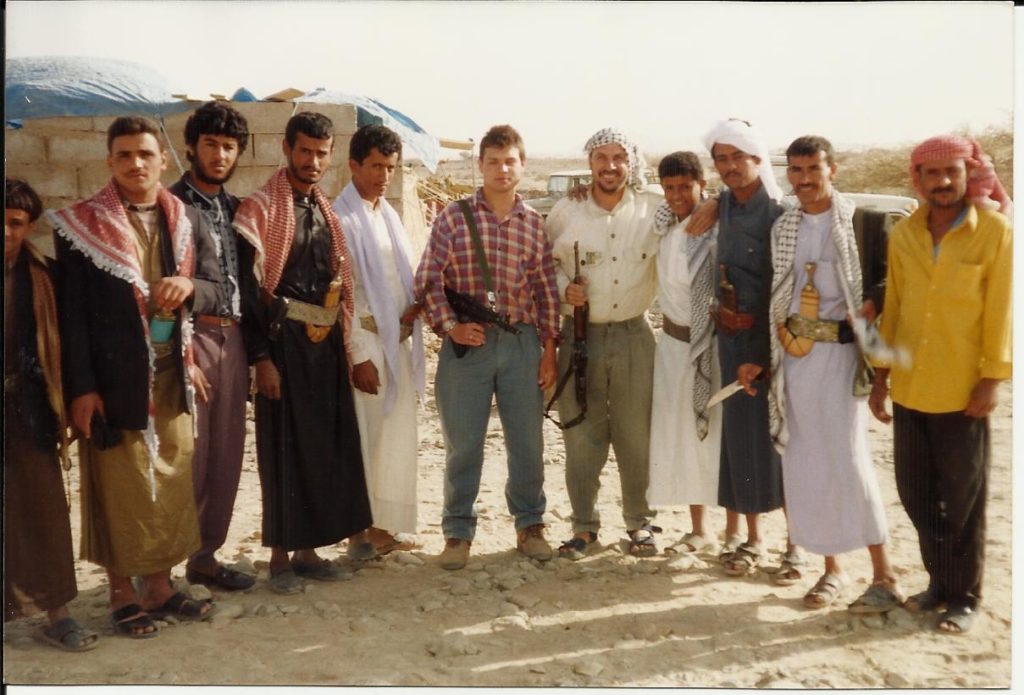 Field crew with guns, knives, grenades but no hammers

A big shout out to my friend Yasar for sending me scans of some of his photos from the Yemeni field programs.

As ever, I welcome questions, comments, abuse and cash donations. If you like what you’re reading, you can subscribe to urbancrows.com via the itty-bitty subscription box that I somehow managed to place near the top of the page. Apparently I have to delve into html coding to improve how the damn thing looks. Bugger that. I’ll be sure to email you every time I post another well-thumbed article replete with poorly scanned photos of someone else

Shahid Afridi rakes up another controversy, says he wishes to lead Kashmir team in PSL