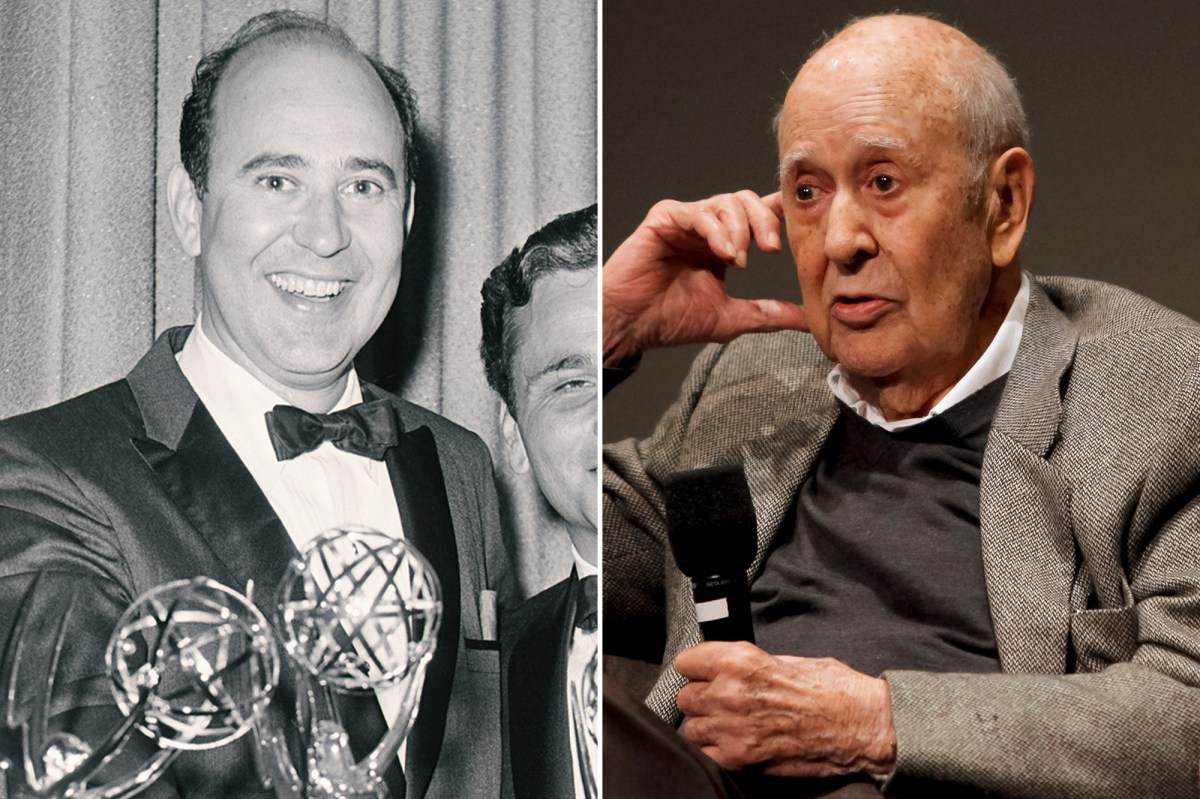 Comedic genius Carl Reiner, whose adolescent dreams of being an actor paved the way for a legendary, seven-decade career in television, film, books and Broadway, died Monday night at his home in Beverly Hills, California. He was 98.

Reiner’s family was with him when he passed, and he died of natural causes, his assistant Judy Nagy confirmed.

“Last night my dad passed away,” his son Rob Reiner, 73, posted Tuesday on Twitter. “As I write this my heart is hurting. He was my guiding light.”

The Bronx-born Reiner’s storied career as an actor, writer and director — which started before World War II — led to classic skits such as “2000 Year Old Man,” films such as “The Jerk” and TV comedies such as “The Dick Van Dyke Show.”

Born on March 20, 1922, to Jewish immigrants from Austria and Romania, Reiner, a true Renaissance man, made an indelible imprint on American comedy.

The nine-time Emmy-winning and Grammy-winning entertainment icon acted in over 40 films, held countless TV roles — including the part of TV variety show host Alan Brady on “The Dick Van Dyke Show” — directed 15 movies, and wrote more than 20 books, among them memoirs and children’s stories.

Ironically, such an instrumental and transformative career was birthed not from a fierce passion for drama, but out of a strong penchant for a late-morning snooze.

“Honestly, the only reason I remember for wanting to be an actor is that I wanted to sleep late. I swear that’s true. Since I was a kid I used to say, ‘I’m going into a field where I can sleep late,’ ” the veteran actor-director-producer-writer told The Post in 1958.

As a 17-year-old machinist’s helper at a small Manhattan hat-making shop, the budding funnyman broke into the acting world thanks to his older brother, Charlie, who spotted a notice in a newspaper touting free drama classes sponsored by President Franklin D. Roosevelt’s Works Progress Administration in the borough.

“Why don’t you go down to the WPA dramatic school?” Reiner, who graduated from the former Evander Childs High School in Williamsbridge at age 16, recalled his brother asking him during a 1968 interview with The Post.

After several months of training, Reiner moved on to the old Gilmore Theater near Central Park, where he got an acting job, negotiating a $1-a-week salary. From there, he landed a role in a touring Shakespeare theater company, where he was paid $30 a week.

In his 2003 autobiography, “My Anecdotal Life,” Reiner said he considered the gig “to be my first well-paying, professional job in the theater.”

Soon, Reiner was regaling summer crowds at resorts in the Catskills. It was there he met Estelle Lebost, who had been working as a set designer and would go on to become Reiner’s beloved wife of 65 years.

Estelle, who in her 60s became a cabaret singer and actress, delivered the famed punchline, “I’ll have what she’s having” in the Rob Reiner-directed 1987 romantic comedy “When Harry Met Sally . . .”

Reiner and Estelle married in December 1943, shortly after Reiner was drafted into the Army. His experience serving his country was documented in the 2018 PBS documentary “GI Jews: Jewish Americans in World War II.”

“I was sleeping on an upper bed when I heard a voice from the other side of the room,” Reiner told The Post at the time, slipping into a thick Southern accent. “‘Reiner? Are you a Jewwww?’ I said, ‘Yes, why do you ask?’ He says, ‘Do you know a man named Goldfarb?’ I said, ‘No, where is he from?’ He says, ‘He’s from Shreveport. He owns a grocery store. He ain’t a bad guy. You don’t know him?’ He figured all Jews knew each other.”

“That was also the first time I encountered racism,” Reiner said. “We were taking a signal battalion course and there was a black battalion — they didn’t have their own barracks so they were upstairs in our barracks, but we used the same toilet. One day I was peeing next to one of the black soldiers and when I got back to my foot locker, the guy next to me said, ‘You know who you were talking to? You notice he’s a [N-word]? You think a [N-word] can be smarter than a white man?’ I said, ‘Well, offhand, what about [actor] Paul Robeson?’ who spoke several languages, including Russian. He’d never heard of him. ‘I speak American,’ he said.”

“We knew how important it was for us to be there,” Reiner told The Post.

The military had sent him to Georgetown University to learn French to become an interpreter — but he wound up serving in the entertainment unit, performing for troops throughout the Pacific. Once out of the Army and back into civilian life, Reiner got serious about acting, taking a leading role in the musical revue “Call Me Mister” in 1947. The show made its way to Broadway.

The prolific entertainer’s career eventually spanned more than seven decades and myriad genres. While still in his 20s, Reiner scored his big break in a pair of groundbreaking live television classics. He co-wrote and acted on the Sid Caesar vehicles “Your Show of Shows” (1950-54) and “Caesar’s Hour” (1954-57) before segueing into his best-known role as TV variety show host Alan Brady in “The Dick Van Dyke Show,” which ran from 1961 to 1966.

After decades of small-screen success, he fully expanded into big-screen work. Directing Steve Martin in the 1979 film “The Jerk,” the 1982 flick “Dead Men Don’t Wear Plaid,” “The Man with Two Brains” in 1983, and the 1984 movie “All of Me,” and co-starring as con artist Saul Bloom in the 2001 blockbuster crime-thriller “Ocean’s Eleven,” as well as its sequels, are some of the many highlights of Reiner’s storied career.

Among the many awards Reiner earned was the 2000 Mark Twain Prize for American Humor. He also became an inspiration for generations of comedic talents.

Reiner “is not just a funny man who has made us laugh in one form or another for a very long time,” actor and comedian Billy Crystal wrote in the foreword of his 2012 memoir, “I Remember Me.”

“He has been comedy’s North Star. A constant. I’ve always looked at his career as one of the best ever and most important,” wrote Crystal, who called Reiner “a nice genius” and “one of the great sketch comedians of all time.”

In 2018, Reiner made history when — at 96 — he became the oldest Emmy nominee ever for narrating the HBO documentary “If You’re Not in the Obit, Eat Breakfast.”

“Every morning before having breakfast I pick up the newspaper, get the obituary section and see if I’m listed,” Reiner says at the top of the 2017 doc. “If I’m not, I have my breakfast.”

Reiner is survived by his three children, six grandchildren and five great-grandchildren. His wife, Estelle, died in 2008.

The legend posted the following poignant tweet on June 27: “Nothing pleases me more than knowing that I have lived the best life possible by having met & marrying the gifted Estelle (Stella) Lebost — who partnered with me in bringing Rob, Annie & Lucas Reiner into to this needy & evolving world.”

The post Carl Reiner, TV legend and creator of ‘The Dick Van Dyke Show,’ dies at 98 appeared first on All things here.