Yes it is possible to revamp your immune system 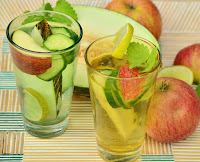 Yes, it is possible to revamp your immune system Moving in the fast-paced life that we lead, we get hooked on a lifestyle that has unintended consequences for our health. We get accustomed to an unhealthy diet and some bad habits that weaken our Immune system. The immune system is what gives us resistance to toxicity, infections, and diseases. In every unhygienic atmosphere, we will come across bacteria which will induce diseases, fever or even Food poisoning which is why washing hands alone can prevent diseases and bacteria from propagating.

Obviously, the question pops into our head, like what went wrong?

You probably guessed it right, "technology", technology was built to assist us not to infect us. With the majority of the people being glued to smartphones, tablets, and laptops instill an unhealthy routine plus the harmful effects of radiation can't simply be ignored. These devices have made it our routine to check notification at least 85 times a day.

Almost everyone prefers to fall asleep while operating smartphone in a dark room, which inevitably exposes them to the harmful rays and the moment we wake up, we immediately check your smartphone for notification which we do get all the time and believe it or not but that infuses a rush of dopamine into our system, dopamine is a hormone responsible for making us happy,

❝ what's absurd is the fact that it takes a notification to trigger it but that wasn't the case ages ago when technology didn't take its toll on us ❞.

Here I have found some great ways to revamp your immune system if it isn't working the way it once used to.

EXERCISE:  It doesn't take much convincing to make people exercise, exercise is the revolution of this decade with social media influencers influencing us into doing exercises and its working. The reason why exercise would boost your immune system is that exercise would supply oxygen to your brain in amounts that it couldn't get otherwise, the brain is essentially the central processing unit of our body gotta keep it well fed. Apart from that exercise releases endorphin which is again feel-good hormone after having exercised one can feel the rush of endorphin flowing throughout the body and hence people struggling with anxiety and depression are often advised to exercise. No need to join a gym, 20-minute bodyweight workout does the trick.

YOGA: Now I am not putting you in dilemma by suggesting Yoga right after I suggest you exercise, both can be scheduled in a way that it works in harmony. Don't think of Yoga as a physical exercise, of course, its a physical exercise but more importantly its a play of breath and focus you have got to streamline your breath and focus on the poses to perform it. Most people do Yoga for the sake of doing it, they don't do it the right way. There are various forms of yoga the hardest one being the ashtanga yoga. Yoga has cured people in a way that has shocked the medical sciences. It calms your nerves by bringing focus and breath together which in turn boosts your immune system, in fact, doing yoga regularly will discipline you in a way that it will become part of your routine and will prohibit you from consuming unhealthy food because a healthy body doesn't accept an unhealthy stimulus. And trust me you don't need good yoga pants or good yoga mat to get started.
WIM HOF BREATHING METHOD: It is critically acclaimed these days, many people are putting it into effect and are experiencing concrete results. Wim Hoff popularly known as the iceman shocked the world with his unbelievable feet when he climbed Mount Everest shirtless, he also delivered a great Ted Talk on how we can apply his method and take control of our immune system and it indeed boosts the immune system. As for breathing method you have to take 30 deep breath continuously and on 31st breath you have got to hold on for 20 seconds and then release the breath to experience it, kind of makes you feel trippy apart from that Wim Hoff urges people to take cold showers, it feels like a torture to be in cold shower but you have got to take it for at least 5 long minutes to experience the boost of dopamine which like I said makes you feel happy.
MEDITATE: Meditation is replacing caffeine at a much faster pace it is no longer a folklore or a cult kind of thing, neither is it affiliated with any religion. It is quite simple actually if you want to restore or establish your inner peace and harness the unlimited cosmic energy that it entails then you have got to do it, no questions asked. Meditation again has reflected shocking results that have flabbergasted Medical Industry, there have been cases where Meditation has cured nearly incurable diseases like HIV and Cancer. If peace is what your system gets accustomed to then obviously it will revamp your immune system. Having been originated from India but is increasingly practiced by the westerners should give us a cue.
HEALTHY FOOD DIET: You better be certain of what you put in your belly, you cannot expect to feel healthy by eating unhealthy food. It's not fast food, this term is used merely for marketing purposes, it actually is junk food which extinguishes our resistance towards toxicity and weakens our immune system drastically. More than that it makes people obese and diabetic. There's already sugar in pretty much everything you just name it and you will find it, and to top it off we have got junk food which is heavily endowed with added sugar. Just having healthy food diet isn't going to be enough, you have to take care of your digestion majority of people has the habit of not chewing the food properly before it is swallowed, ideally food should be chewed at least 36 times before it is swallowed, that you can consume all the nutrients in the food plus the chunk of food wouldn't be clogged in your intestines. That is the reason that Pizza and Burger's classify as junk foods because no matter how many times you chew it, it won't become fluid. Ultimately inevitably you will be swallowing chunks that would probably get clogged into your intestines making the digestion process difficult and your belly will be on its way to pop up.

BELIEF: There lies incredible power in belief, your life as you know it is a consequence of convoluted belief systems that you switched and clung on to, over the course of years. Belief has left medical industry bewildered time and time again, placebo effect for example where two candidates with fever one have given a medicine other given what looks like medicine but isn't, however miraculously both the patients recover indefinitely. Belief system develops the neurological pathways which determine the outcomes.

❝ One is quite likely to experience atrocities if one clings to sabotaging beliefs like I can't recover, Life will always be unfair to me or This is impossible beliefs like this affects immunity as well while this may sound absurd. ❞

Change your beliefs and change your life, if your conviction is as strong as the big bang theory, then there can be no obstacle. Hence positive affirmations work wonders, you don't believe me, try it for yourself and you will be amazed at the results.
Applying these techniques will certainly revamp your immune system.

The Wonders of Pili Oil
How to Get Rid of Mice – 5 Methods
Landmark beach Lagos: All you need to…
51 Best Start-up Ideas to Try

Yes it is possible to revamp your immune system