Should I Marry A Friend's Ex?-Dating a friend's ex,my best friend is dating my ex who I still love, 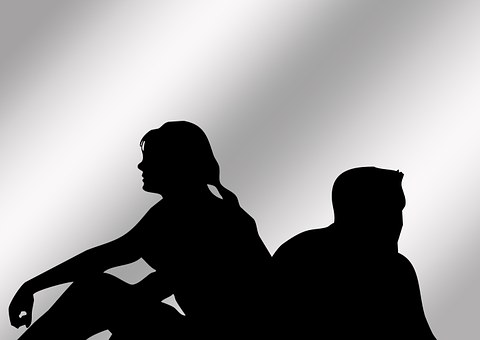 Cabbage Production Guide
MICRO BUSINESSES
“The Friend Who May Not Seem a Friend…
Guía de iniciación al Yuri : Cómo enc…
How to Organize a Blog Post and Struc…
So what happened between your friend and her ex why did they separate? Did he leave your friend because he has caught his eyes on you? Was your girlfriend the one who left him for another guy? Was there any biological or medical issue that had to make them part from each other?
You see,there is NO ALWAYS wrong in everything that happens or that we do in this life! Even what seems bad in the eyes of humans today can be seen right tomorrow. What matters,the most proper and important thing in everything we do is simple wisdom and reasonableness.
You don't wake up one morning with the intention to seduce your friend's boyfriend and want us to support you to marry him and you have our support no...we are not stupid writers here! You should want to see your friend win in everything she does including in her Relationship. You should clap loudly when your friend has good news. You are supposed to hate even more whoever that hurts,despises or disappoints your friend and that is what we canvass here!
Should I marry a friend's ex?  In as much as he has become your friend's ex and they are no longer together, the reason why he is now an ex to your friend is very paramount. If they had little or severe  issues that led their separation and you know they can still make up and be back to each other again why not help them rather than add fuel to the fire than burn them down? Why would you not rather fight for your friend's interest rather than pour water in the flame of her love? What would you gain if you betray your friend's trust by marrying her ex?
Click here to read: Should I Go Back To My Abusive Boyfriend?
However,if the problem of your friend with her ex is beyond human correction and it is obvious that the best thing for them is to separate and find other love for themselves of course you can be in the picture. In this case,neither is your friend and her ex against each other nor has one offended the other. Turn of event has separated them and it is the reason for their being ex and not you!
What if your friend's ex says he finds out your friend is not compatible with him,she is rude and impolite,disrespectful and all that? What if it goes vice versa that it was your girlfriend who told you that her boyfriend is rude and abusive,uncaring and non supportive and she threatens to leave the relationship? What would you do? Pick him up as soon as she leaves and end up with him?
Click to read this: How To Tell An Unsuitable Suitor You Are Not Interested
You see,the latter decision can be very difficult for you to make especially when you agree he is a very difficult person to live with. And you might not be willing to go into that relationship with him not just because it may hurt your friend and affect your relationship with her but because you wouldn't really gain in the relationship.
Selfishness! That is what it is! People are just going in for what pays them even at the expense of their friends. Standing on the toes of your friend just to stand tall! This is unfair and wickedness.
Is he the only man in the whole wide world?  Why not go out there and meet your own man and stop standing between your friend and her ex! You are not their mediator and no reasonable mediator would do that to friends for any reason.
If there is any reason friendship exists,it is for the good and joy of people in the clique. Friends watch the back of one another. Friends protect each other's interest. Friends enjoy the joy of one another and shares the pains of one another as well!! If anything is seen wanting to disrupt that purpose,if anything is coming to bring a closure to the bond of friendship rather than strengthening it,it should be shun,dejected and rejected!!!


This post first appeared on Monik Motivational, please read the originial post: here
People also like
Cabbage Production Guide
MICRO BUSINESSES
“The Friend Who May Not Seem a Friend”: The Cat and the Fire, Part 1 of 3
Guía de iniciación al Yuri : Cómo encontrar y leer buen yuri
How to Organize a Blog Post and Structure It Well
How to Keep Him Interested in You Forever

Should I Marry A Friend's Ex?-Dating a friend's ex,my best friend is dating my ex who I still love,