The Real Queens of the South: Cebuano Women 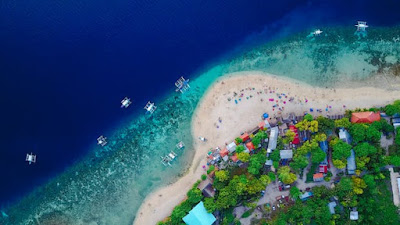 Cebu, known to be “The Queen City of the South”, is famous for its tourist and adventure-filled destinations. The northern part of this province is endowed with its white and fine sand beaches such as the ones in the island of Malapascua or the little Boracay of Cebu, Kinatarkan Island, Carnaza Island and the well-known Bantayan Island. While the opposite part of Cebu can awe you with how much the nature of Cebu can offer; this includes the Sardine’s Beach in Moalboal and the popular whale sharks in Oslob. At the heart of Cebu, you’ll find its progressive side, from its tall buildings up to its high-end resorts and hotels.

Not only does Cebu have these adventures in store for you, but also, it boasts of its rich historical and cultural background. As you go around Cebu, you will know more about its journey toward progress and development. From the story of Basilica Minore del Sto. Niño, the oldest church in the country, down to Mactan Shrine where you will get to know more about the first resistance on the Spanish colonization in the country. Moreover, with the many historical destinations in the city, you will surely be amazed of how wonderful Cebu is, most especially when you get to know its women, the Cebuanas.

Cebu is not just known to be  “The Queen City of the South” because of its progress, tourist spots and historical destinations, but also because of its women. The real queens of the south are the Cebuanas---women with great characters and morale. These women give high regards to their tradition and culture and although they have been influenced by various foreign cultures, these women remain to honor and preserve what a true Cebu woman is. 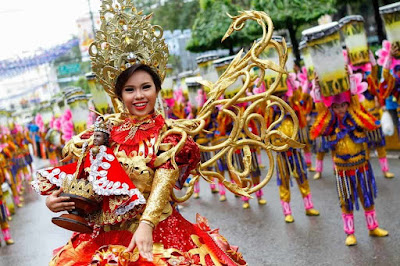 A true queen will overlook a king’s physical appearance and focuses instead on how queenly she will be treated; this is the same case for Cebuano women. Like queens, they have integrity. They know how to carry themselves as trustworthy individuals and they will definitely stand out among the rest.

Marrying a Cebuana is like purchasing a full-packaged product. She is brought up to be conservative yet also with sass. She has a very strong personality that most men admire. She’s a strong independent woman but a very sweet and loving wife. She takes care of her husband in every way possible and makes sure that their household needs are met. She is a queen who looks past his king’s kingdom and wealth, and gears more on how his king makes her feel loved and appreciated.

Not only are these women known to be wife material, but they are also known for their talents. Since Cebu is a home of talented individuals, you can expect these women to hold talents in them, may it be a sweet voice for singing, good body rhythm for dancing, or exquisite cooking abilities. Who knows what these women have in store for you?

Furthermore, Cebu women are best known for their undying care and thoughtfulness on their lifetime partners. Once they commit themselves to a man, it is already expected that they will shower their husbands with genuine efforts and care just to express their love. Also, they are ready to face both the advantages and disadvantages that come along with marriage. Despite trials and obstacles, these women are known to endure and persevere until the end.

If you want to spend a lifetime with an Asian woman,  then maybe a Cebuana bride is what you are looking for.


This post first appeared on Cebu Women Official, please read the originial post: here
People also like
How Gender Equity Impacts the Bottom Line
How to Get Rid of Ants
Short Happiness Quotes From Famous and Unknown People
Foreplay Tips

The Real Queens of the South: Cebuano Women