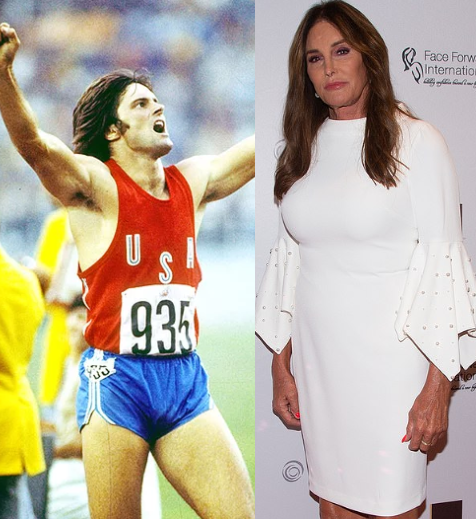 Caitlyn Jenner has revealed that coming out as a Trans woman and transitioning was much more difficult than competing in the Olympic Games.
The 70-year-old revealed this while speaking on BBC's Don't Tell Me the Score Podcast. She said that she "trained 12 years for the games and trained 65 years to Transition in 2015" but transitioning proved to be "harder and less accepted", with many "hating her guts."
Detailing how hard her situation was, Caitlyn noted: ''Everyone loved the games, a lot of people when they see you transition hate your guts. Look at the quotes on Instagram. By far that was a lot more difficult.
She also said her Olympic training was a means of "running away from her issues."
She added that winning Olympic Decathlon gold in 1976 as Bruce Jenner "left me trapped."
She recalled looking at herself in the mirror with her medal on while asking herself if "this was the person she was stuck with for the rest of her life."
She said: "A lot of the training was really running away from the issues I had. I remember getting up the next morning, didn’t have a stitch of clothes on, walking to the bathroom, medal sitting there on the table, put the medal around my neck, looking in the mirror and I go: 'what have you just done? Am I stuck with this person the rest of my life? Did you build up this person so big, that you’re stuck with him the rest of your life?' It was scary."
She also discussed the impact struggling with dyslexia and gender dysphoria had on her sporting career.
She said: "Being gender dysphoric and dyslexic - that’s what made me down the line. When I got into sports, it became more important for me to succeed at sports and work hard at sports because of all these issues."
Despite how hard transitioning was, Caitlyn, who is a father of six children, is able to see the positive in her situation.
She added cheekily during the interview: "I have the great double. Olympic decathlon champion and Glamour’s Woman of the Year."
They also spoke about Caitlyn's ex Kris Jenner. Caitlyn revealed that her transition was not the cause of their divorce.
Caitlyn said: "Kris and I went our separate directions. It wasn’t for me to transition or anything to do with that. We changed apart. There was no argument, no nothing, we did our divorce agreement in one day.
"We both knew it was the right thing to do. I leased a house in Malibu to get out, and yeah we’re on good terms today."
She also added that the Kardashian family knew about her gender dysphoria and cross dressing early on.
She said: "I actually got caught by Kim once. With Kendall and Kylie I didn’t know I got caught but they said they snuck around a corner or something, and I was cross dressed or whatever, which is not good to do with kids.
"But they all knew. They know but no one is going to talk about it. It’s the big secret."

How to Handle Client Complaints: The …
Remote Learning Resources for the Fir…
There’s Too Much Going on Today, No T…
Best Musically 2018 | January | Best …
New Mailchimp Review 2020