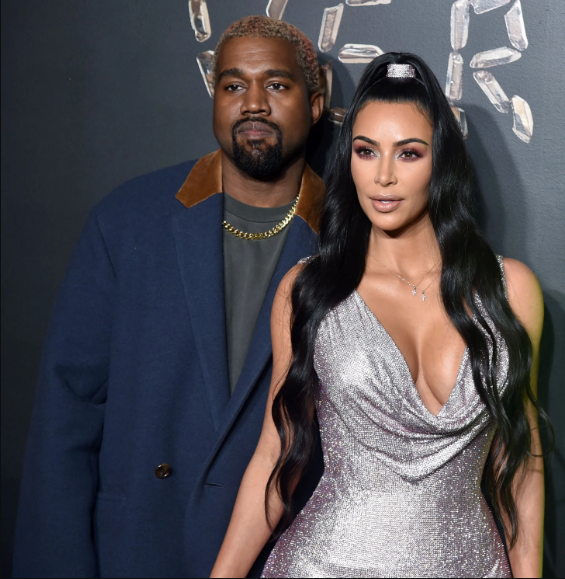 Kim Kardashian West has revealed she received a cheque of $1M from her Kanye West, which she says was a token from him for not modeling for a rival clothing brand.
The 39-year-old mother-of-four was speaking at the New York Times DealBook Conference in Manhattan, when she revealed her husband who is a clothing designer gave the cheque on Mother's Day this year.

She said: ''So there was a fast-fashion brand, a few of them, and they would knock off Yeezy all the time, his color palette, designs. So this fast-fashion brand offered me a million dollars for an Instagram post.'

'And I thought, "Okay, well that's easy" — just to wear clothes that I could pick, anything that I wanted, it's a quick post — and when I told him about it he asked me not to do it and said out of respect, I don't think that we should be giving them everything, they copy everything. I completely understood why he said no. I gladly said no.'

Kim continued: 'And then for Mother’s Day, he handed me an envelope and it was a check for a million dollars saying "Thank you for not posting for the other brand." And then — I don't know if I’m supposed to say this or if I have — and a contract to be an owner in Yeezy as a thank you. So there is power in saying no sometimes.'

Kardashian went on to call the 42-year-old rapper-designer 'my ghost stylist and my ghost creative director' for helping her dramatically evolve her personal style since they met in 2012.
On being an influencer, the reality star boasted about her powerful presence on Instagram, saying: 'If I really want something and I’m a bit lazy, I can tweet, "I'm loving Oreos, I'm craving Oreos right now," and then on my doorstep, every flavor Oreo will show up,' Kim boasted.
During her 39th birthday, Kanye West also donated $1,000,000 to her favorite charities (Cut 50, Buried Alive Project, Equal Justice Initiative, Anti-Recidivism Coalition’)

Butcher House, St. Petersburg
Universal Tips on How to Promote Your…
How to Get Rid of Ants
MICRO BUSINESSES


This post first appeared on Ceelia, please read the originial post: here
People also like
Butcher House, St. Petersburg
Universal Tips on How to Promote Your Business On Facebook
How to Get Rid of Ants
MICRO BUSINESSES