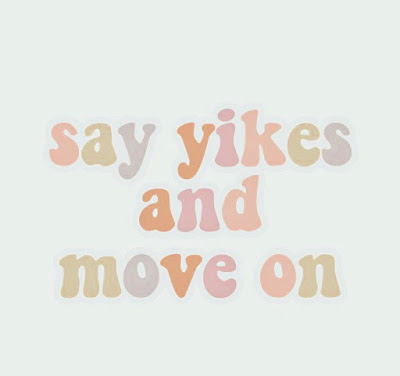 Is there a person you know, either personally or casually , that reflects just a little of you? One of those mirror like folks where you find yourself annoyed how much they represent what you hate about yourself? The funny thing about our relationships is that we seek out people who are similar, both for the good and bad, and we connect by what we love, but even more so, what we hate about ourselves. Friendships are of course people that have a lot in common with each other but inside of that are shadows of what we wish we could change.

Beyond your neighbor, it works ( pun intended) at the job site as well. Sit back and ask yourself how much you are like who you work for. If your boss gossips, tells tall tales, or perhaps is just as vulnerable as you, then you will catch those glimpses of light bouncing off. There are also chances that you might see where you were, how far you have come, from where they still dwindle.

Observing how someone else is treating life is a clear engagement to how you are treating yours. The transplanting of ones own issues to see them alive and well in another. The case to be made is where does that take you. Surrounding yourself with people who are in the best mindset will immediately clean up that mirror, allowing you to see that much more clear.

Some years ago, I "dated" a guy that I know had a terrible depression problem. Now, when I say "dated" I do not mean to degrade the relationship ( and you dirty minds that think it  means one night stand are wrong too) but it is to highlight the idea how unhealthy it was... and how neither person could call it dating. ( To protect his identity, we shall call him Fish, a nickname given him even during his tenure) . Fish was a nice guy for all purpose. He had a job, a moody cat, and was into odd music that I found new and interesting. Fish was also the most depressed person I had ever met. Casually we dated, only to have him flake out often because he was "down". Mind you, we had known each other for only a few weeks before he used such terminology , to which of course to a normal person would be an immediate red flag ( when you are a RED flag, you are okay with RED flags, you see where this is headed). He smoked a ton of pot, and lived in an apartment that should have been condemned (lets call it the Fish Bowl), and had a terrible sleep pattern. Fish also was hung up on some guy, and like the rest , quickly alerted me to this relationship pothole ( side note...Hang Up was straight and one of his best friends, whom I met once or twice... you know... healthy stuff) . Hang Up was exactly what you would think. Macho male jock type that I think had known Fish since high school. In the two or three times we met, he was stand off-ish which now I think is so funny. ( at the time I thought, this guy is a tool).I was of course obsessed with Fish, for no reason I can think of but one. I didn't know then, but I was Fish in my own way. Swap dog for the cat, pot for alcohol  , and while I had no straight friend I was pinning over , there were plenty of ... well.. fish in the sea that had come and gone that I wished had been more. I was in a terrible place in my life, and of course thought I could turn it around by seeking out someone who was just as bad ( worse really). I was transplanting my own issues, flaws , complete life hindering hiccups onto another wounded bird to first avoid them all together, but then to also point a finger and say "look at that car wreck" versus my own.

Pulling back and looking to that time in my life I can now see how much we were the same sad person dealing with mental stuff that probably needed to be addressed and supported. Now, I see exactly who I was, and he is a reflection of that time. The exciting news is now I can look at real time relationships ( and I don't mean just the loved ones) and see those pinpoints in both me and you, this time  without having to have years of time to reflect on.

How much of yourself do you see in another? Most of what has caused our divide politically is the blindness we have to being unable to see another. When you cant see yourself in another , you lose. When you can't see yourself and change from there, or even just take note, you lose. When you align yourself with people, digging the same ditch as you are, it can lead to cliff jumping futures. I have to  think now where would I be if I had somehow made the Fish thing work. How long before one of us would have sunk the other persons ship... or drowned in our own depression due to a breakdown  due to a break up?

Fish reached out not long before I met J , and it seemed like he was doing better. He had moved on from Hang Up , left the sad apartment , moody cat had had its final mood, and even changed jobs. Time had shifted his "downs" and while it lasted no more than few text messages, he sounded like he too had worked somethings out. Again, I can now transplant myself back to that moment, even years after our rocky pretending , and see wherever I was, he was there too.

The bottom line is you are able to understand yourself that much more when you take a look at those around you. Marriages end, life happens, and its all wrapped in a bow of misunderstanding or misinterpreting the cues.  Most of our anger is that we can't believe someone said , or acted the way they did. Can you believe she treated him that way? Can you imagine talking to her like that? Can you imagine him doing that to you? All of those tabloid moments are chatter about them or they, when really its you that stands right next to them pumping out the same garbage. I stood right next many men who were in the same gay hating self brotherhood. I sat next to the same women who hated men for no real reason. I rode the same bus as many of us have of being hurt, broken and lost in trying to figure out why you do ...what you do. I did what I did for the exact reason you did what you did. (world record for using the word" You" and "do") . We were unsure of each other. We are unable to work on what we need to work on to make us capable of loving or living.

Its the transplant of your own "down", the living breathing emotion floating around the room... or maybe even the ocean, that floats us away from each other.

This post first appeared on MinorPerspective, please read the originial post: here
People also like
The Wonders of Pili Oil
How to Get Rid of Mice – 5 Methods
“The Friend Who May Not Seem a Friend” – The Cat and the Fire, Post 2 of 3
MICRO BUSINESSES
Interior Design Ideas for Your Pets
Guía de iniciación al Yuri : Cómo encontrar y leer buen yuri
Market gapped down on Covid fear, new trades, and adjustments for 12/21/2020