A quick note about Mothers/Fathers Day and the need to tweak the idea in its entirety.


Just like parents refuse to acknowledge they like one child more than another, most children have long ago decided which parent they too have chosen to be the favorite. At 6 years old its most likely the less strict or one who allows the most candy to be eaten at one time. At 16, its the one who lets you stay out later or looks the other way while you take your first sip of beer. At 26, its about the money they send, the college they paid for. Finally at at 36 its a retrospective of how well did they do in the up bringing as you take stock in the state of your own adult life.

The idea of "Mom" and "Dad" are of course connected to said gender and their roles inside of those labels long ago picked to fit. Everyone wears the hat they are supposed to, and for any of you who managed to grow up in modern times with the 1950's family life, all of that will apply. For the rest of us, one parent most likely took over the role of both due to the breakup of the marriage or the cards of life dealt death or illness. Mom becomes both  the male and female figure. Dad sets himself on the task of braiding hair, talking about boys, and adjustment the male perspective to accommodate the loss of Mom. We continuously celebrate the Hallmark holidays ( those are the ones that are less connected to religion and more connected to the art of selling stuff ... yes Mothers Day and Fathers Day are big money making weekends) . I don't really mind if hearts , green leprechauns and pumpkin holidays remain as is, but its the two mentioned above that I would like considered.

For so many, its one single figure who truly raised you into whatever you have become. Its a grandparent, and aunt  or a Mom or Dad. For many young gay kids, they are forced to find someone off the list to take them in, to support them as they fight their demons and battles. 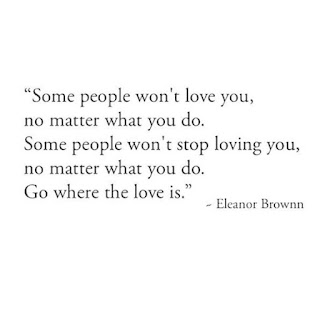 We are naturally pressured into honoring the vacant parent role because its what is required by the public perspective that you simply must in order to be viewed as normal. Its a prize they simply do not deserve , did not earn or even remotely exist in any shape or form, but to  mail card with a grill on the front is a must do. Where is the day for the single entity who fought tooth and nail for each thing you learned or received. Is it enough to honor him or her in the same form as the rest of the world does with her cookie cutter gift card? In the years in which we celebrate National Ice Cream on a Waffle Cone day or National Burgers cooked medium well Day ... does it not alarm anyone else we are celebrating everything and nothing? Listen , I am all for a shout out or better yet a spotlight onto something that deserves said platform. Black History should be more than a month, PRIDE month should be something we celebrate all the time, but in the day of everything has a gold star next to it, or go one step further ...that everyone gets a trophy, it makes you wonder if we are honoring all to avoid hurting one single person and their feelings, are we really honoring? This post isn't about bashing our father figures ( naturally we blame the Father figure and his lack there of) but more about digging into who acted like a father and who didn't. Which person took on the massive journey of teaching you how to act like a good kind hearted person and who didn't. Which person laid the foundation for WHO YOU ARE  and who was slamming the door on being any sort of emotionally connected another.

The question I ask is how long before we dig out from under these stereotypical roles that feel the need to be honored by a retail scheme to make more money? Its not about eliminating the day but changing the mindset to parallel what has become the world in which we live for a long long time. The idea of divorce was new in the 80s, felt more common in the 90s, and by now, I would imagine most in  the 5th grade class of 2019 there is no jolts of discussion if Billy has two Dads or Susy as one Mom. The stigma of those ideas being "different" or a rare case no one exist. Yet we celebrate the holidays centered around the "family"  mold of how it used to be.

I end this rant , asking the same questions I have mentioned here prior. As we celebrate another holiday designed to sells ties and  shaving cream, have you thanked the female who gave you the groundwork on how to be a man? Have you called the Male who stepped into life when life dealt its cards and still managed to teach you how to love another? Have you thanked the distant family member who took you in when you needed escape or refuge? Or did you just post some fake out version of reality because its what you are supposed to do?