Seems like there is a avalanche of brands and companies slapping rainbows on merchandise and waving the PRIDE flag for all to see. It wasn't that long ago that any rainbow on anything was avoided beyond the age of 7. Funny how things have changed in what seems like a long time, but escalated rapidly here in the last few years. We might think less of a company if they didn't pop up each June with a collection dedicated to the LGBTQ world and the see-saw has tipped to a whole other level.

The whole thing has got me thinking about my own delay to the rainbow road. For someone born during the beginning of AIDS ( 1982 ) and who moved into adulthood some years after its initial tremendous toll, there is gap between the evolution of PRIDE and the corporate reasoning's of today. While the disease itself and the history of pride behind it have little to no connection, there is a important clinging sense of the before and after and how it changed it. At nearly 37, I am engulfed in history , with documentaries and movies to explain the past, as well as seeing talk shows and TV shows with out gay men and women on display with no real chatter about their orientation. I hear from Mom's who work for me about their kids and their new high school experience. Gay Clubs, support groups... young adults coming out at 13, transgender discussions and all of the above. If I was amazed by Will & Grace , I cant imagine the wonder at their ages. 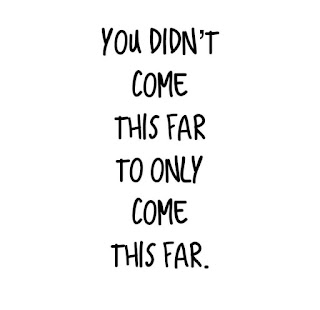 My realization for the importance of PRIDE is best described as the trees beyond the forest . Most of  my intro to the topic was based in drunk, naked, flamboyant gay stereotypes with feather boa's  riding down Main Street once a year on an old fire truck. ( if I wanted to see that , I would make Jell-O shots, take off my shirt, and go stand in the bathroom mirror ) . I allowed my idea of what being gay or what gay men in fact were all about stem from cliched examples portrayed by the media or world in general. . The parade would only be a explosion of all of those typical features, and I was avoiding that scene. The negative spin that the world would scream about the community slipped into the ether and like most gay men, and yes I am speaking on behalf of most , hated other gay men. ( Side note: Most gay men have limited friendships with other gay men. Sure there are always exceptions, but believe it or not, we have probably only 1 true friendship with a fellow gay. The idea is that the line between friendship and love affair are small. There is also caddy-ness, and very very distinct lines in the community where certain gays do not mix, more on that next) . Most of that "hate " for other gay men is actually projecting the loathing of your own self outward, and when you cant admit you hate who you are.. you hate the people who have seemly over come it. In that , is PRIDE and the idea that you love exactly who you are and careless what judgments come your way.

Gay men are funny funny characters. ( Lesbians are less funny). We wave flags of unity and love but then very very clearly define what bar or club you can attend based on look, age and most of all, body type. I have been in bars before and told I was too fat to be there. I have also stood in a group of strangers in said bar  and think that gay guy must be lost. We align ourselves with inside mini worlds of fem, fat, butch, queer, white, black , Latino, hairy and well.. not hairy.  That same guy who told me I was too fat to be in that bar, told me a story prior about the friend he was there with. He mentioned that he was madly in love with this friend, and was sadden by feelings not being returned the same way. He had had 3 nose jobs with a self admitted goal of making the friend like him. You could smell the despair and the negative self body image for miles, which is  ironic as he could probably smell a mouse fart in Japan.  Soon, I found out I was too fat, and I mentioned his need for a 4th nose job to remove it from his own ass and we parted ways.

That story has stuck with me for years and years and it wasn't the fat comment that made it stand out. The idea that such extreme measures would be taken to force a love, and in fact not loving yourself enough , were easy common vodka and cranberry conversations. The irony of course was that I was too fat but his elephant trumpet nostrils were too. ( clearly I have matured since said story). Bigger than his trunk is the shame and ugliness that stems out of the community. (very very mature).

Finding PRIDE is helped by leaving the bar and club scene. The community outside of the thumping drum beat is of course a clear picture of adults , having real relationship and conversations not based in the most fake looks and turns. Just like when you leave high school, your self image is boosted by the lack of pressure to be something you aren't, or diet your way into a disorder or breakdown. Inside of making your own money, with your own thoughts, comes a great amount of power that you don't have to be anything for anyone.


Now, as I have aged, there is a real sense of being thankful for all that has come before. As I sit in my 9 years of love, with a man , in a world that we can be out in, proud and achieve nearly anything we wanted in the society norms, its hard not the have love for all the work before. Generations before me did not get such rewards, and for that, gratitude . The difference between the before and after is I finally caught up to the reasons why PRIDE benefits me.