Ariana Grande has reportedly sued Forever 21 for $10m over an alleged ripoff in their new ad campaign.  The clothing company had approached Ariana Grande’s team for a deal in December 2018, but it was called off in January 2019 after they couldn’t reach an agreement on the money needed to start off the campaign. 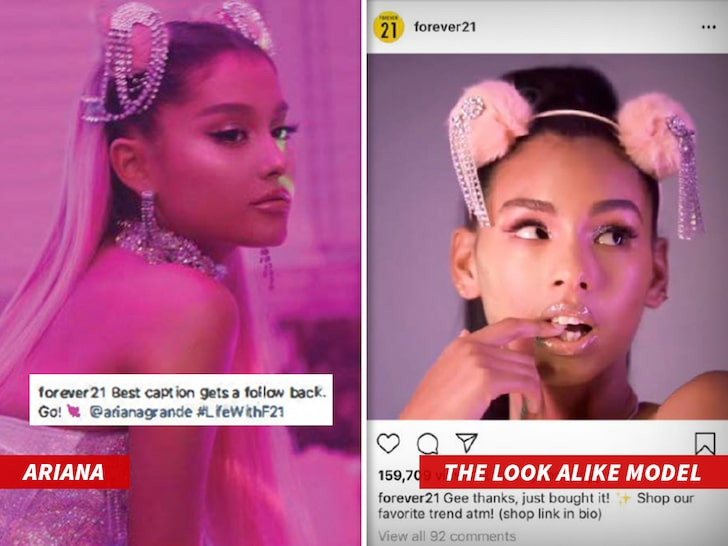 Following the release of their new ad campaign photos, Forever 21 was accused of stealing the concept from the ‘7 Rings’ crooner and also hiring a look-alike model to make it look like a real deal.  In documents obtained by TMZ, Forever 21 allegedly published at least 30 unauthorized images and videos misappropriating Ariana’s name, likeness and also linking it back to the huge success of her “Thank U, Next” album. The look-alike model hired by Forever 21 was also spotted in similar poses and scenes from Ariana Grande’s singles and music videos … specifically “7 Rings.”   Riley Rose said to be a store launched by the daughters of Forever 21’s founders, was also dragged into the $10m lawsuit.. The post Ariana Grande sues Forever 21 for $10m over look-alike ad campaign appeared first on Linda Ikeji Blog.