What I exactly want??? Here the word "I" mean all. But I am sure all don't know what they really want . You can say that I am trying to let them know what they actually want by this article.
What we exactly want whether we know or not is Freedom . This single word means a lot . But you have to feel the matters hiding in freedom. I swear the matters will be some how different to you. 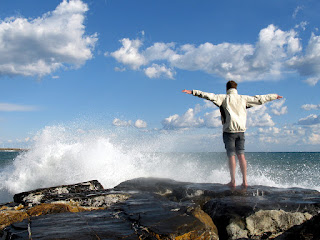 Ok!! Then what is freedom??? You will say " It's fucking easy. To talk , to walk to eat ,to drink , to Love , to marry , to believe in religion , not to believe in religion , to dress up , to vote .... freely is called freedom." I don't know, you may say something else . But most of the people will say the marked speech. BUT I wanna say NOOO. All that are not freedom at all. Freedom Is some thing deeper.

There is a word "Independence" which is used as the word "Freedom". Actually the word "Independence" clarifies freedom most . Because if you are Dependent on anyone for anything then you are not free. How?? You may say "I am dependent on doctor to cure my diseases. " But you must remember that he is also dependent on you for money . So if  u have to pay anything for your dependence then that is not really a dependence .That is a deal Or a business for sure . So to go to a doctor does not destroy your freedom. But if you don't pay the doctor then you are dependent on him.

Okk. then you can say " I can then live in society freely being independent and do whatever I want . But if you do such a thing that really does harm to people ,create violence and destroy other's freedom , then you are not free. Because you are responsible for  other's problems but for making those you don't pay people anything . So terrorists are not free at all.

Last example .... Your parents love you . And you know you don't and can't pay anything for  their truest love . Right?? But all are deals . If you love them then I think the deal is equal . Loving them can make you free. And if you ignore them , you are all but not free.

In this way i tried to express my thought about freedom . It have many limitations but We are free to develop ourselves for sure .