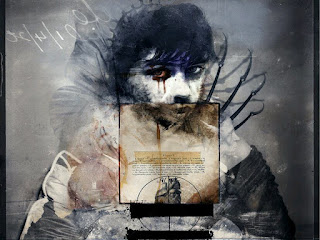 One beautiful morning, I was going through some articles and one caught my attention, femicide!! The facts and stories behind it really brought a dark cloud of sadness over heart, I read a news about a young girl who was allegedly beaten and killed by her boyfriend during a supposed dispute over her pregnancy. This case brings to light the overwhelming violence brought against women throughout much of the world.

This violence against women, the killing and maiming of women solely because of their gender, has been coined femicide.

It’s important to distinguish femicide from homicide, as most research conducted in countries with high rates of femicide don’t consider them as such.

Femicide is the sexist violence against women because of a patriarchal system that believes in the inferiority of women themselves.

And even now, when many countries have created laws against femicide, this violence is still all-consuming.

There are many different forms of femicide, but they all involve the beating, mutilating, torturing or killing of women and girls because.

The different forms of femicide include honor killings, dowry killings which is very common in India, intimate femicide aka south Africa food, non-intimate femicide, genital mutilation, infanticide common in Cambodia , sex trafficking and many others.

It’s important to stay informed on matters such as these, and the first step to doing so is understanding these issues, where these killings are most committed and how to put an end to it.

Here’s a list of five countries where femicide is most prevalent in the world today.

The murder of Chiara Paez outraged the country of Argentina, and sent thousands of people into the streets to protest.

Stories of other women killed or beaten because of getting pregnant, having sex or other reasons connected to their gender, flooded the media.

It sparked protests that began in Buenos Aires, but spread through Chile, Uruguay and up to Miami, FL. According to La Casa Del Encuentro, 31 women are killed every hour in Argentina, omg!! and 1,800 women have been killed since 2008.

Argentina has one of the biggest problems with femicide, and these protests are hopefully going to bring about justice.

According to the Small Arms Survey, El Salvador is the country with the highest femicide rate.

And while femicide is considered a criminal act in El Salvador, fewer than 3 percent of these cases are taken to court. Most of these killings fall under the intimate femicide category: acts commited against women by their partners or family members.

And, most of these acts are due to the woman having sex before marriage, having sex outside of marriage or being raped.

The cases of femicide have only increased, averaging to about 600 cases in 2011. The numbers aren’t decreasing.

The type of femicide most prevalent in India is dowry killing, or the killing of a woman by her partner or members of her partner’s family, because she wasn’t able to bring a big enough dowry into the family.

Then there is the killing of young girls, simply because they are not boys. This killing is also known as infanticide, and according to studies, 21 percent of girls between the ages of 1 to 5 won’t see their sixth birthday.

And, infant girls are 50 percent more likely to die than boys before their first birthday. In many cases, girls grow up to become victims of more domestic violence than their male counterparts.

This abuse is a result of deliberate neglect by the family for the simple fact that they are female and have "less to offer" than men. Also the high rate of rape in India is scary, do you know it got to the extent of these Indians going to maternity ward to rape women who just just put to birth? Shivers*
And it is the lower class who suffer this the most, then again it all boils down to this extreme poverty.
Honduras

In Honduras, femicide is also widely committed. And while intimate femicide is a large problem, an even bigger problem facing the country is the high rate of child sex trafficking, in honduras, many young girls are forced into sex trafficking to either pay off debt for their parents or bring in income for their parents, the country has no way of protecting them, even though child protection laws exist.

Many of these children need shelters and need the government to enforce these laws, but the children are left unprotected.

In many cases, they are killed. Extrajudicial killings (illegal killings sponsored by the government) of young children, especially young girls, has risen from 447 in 2009 to 1,068 in 2011.

Femicide is considered the second leading killer of women in Honduras. Honduras ranks third on the Small Arms Survey, in terms of highest rates of femicide, and these sexist killings are going unreported and unresolved.

Mexico is another country where the sexist killing of women is an issue that has gained major attention recently with stories of women like Rosa Diana, Dulce Cristina Payan and Barbara Reyes.

According to the National Citizen Female Observatory, six women are killed due to their gender every day.

The murder and mutilation of women has been on the rise since the 90s, and it’s only getting worse.

Women are often found dead after having had their breasts cut off and/or their bodies brutally, sexually abused.

Most of the perpetrators are husbands, boyfriends or family members.

And, the biggest problem facing the country in regard to these horrific crimes is the lack of government intervention on behalf of these women.

Between 2012 and 2013, only 24 percent of femicides were investigated. Of those, only 1.6 percent came to a conclusion with someone arrested and sentenced.

There is too much violence in Mexico and not enough government aid, and because of this too many women are killed without remorse.

This is just a small sample of the countries where femicide is a nationwide pandemic. Some others include South Africa, Guatemala, Columbia, Brazil and the Russian Federation.

These countries report severely high levels of violence against women, with little to no policies protecting them, or the ability to enforce the laws that do exist. But, even the numbers we have don’t necessarily show the truth.

Most of these statistics are grossly inaccurate. These countries don’t accurately report the number of victims, due to lack of awareness or general disbelief in the illegality of femicide itself.

This violence can’t continue, and it is our responsibility to do everything we possibly can to end these careless murders.

What can be done? The World Health Organization has some ideas.

For starters, it’s important that better information be taken down in relation to these heinous crimes. More effective records need to be kept based on the newly evolving, legal definition of femicide.

Femicide as a criminal act has already been incorporated into legislation in many countries, such as Chile, Costa Rica, El Salvador, Guatemala and Mexico.

These are some of the countries with the highest rates of femicide, but unfortunately, in most of these countries, the laws prove useless in prevention. Example is south Africa, evert hour a woman is being killed in south Africa, it is so sad because it is mostly crime of passion due to the high rate of idle beer drinking men.

They are only effectively enforced when women are killed, and even then, the subjectivity that surrounds the term makes it harder to win a conviction.

There also needs to be more effective sensitivity training for police and health workers.

They need to know what to look for; they need to be able to see growing signs of violence before they lead to death.

There need to be stricter gun laws, as many of these women were killed as a result of gun violence. When a gun was introduced into the home, women were three times more likely to be killed by it.

In countries with the highest rates of homicide, over 60 percent of the women killed were killed using guns.

But, most importantly, what we can all do right now as we read this article is raise and strengthen awareness.

The more people who know about it, the more people can stand up, have a voice and fight for the rights and the safety of these women.

When I was young, I watched a documentary on CNN about Cambodia and I am yet to get over it, an investigator disguised himself as a pedophile to get details about child trafficking, he found out how parents give their 3yr old kids out to Caucasian tourist for sex in other to get money, the influx of Caucasian into Cambodia is so high that it is now known as the home of pedophile tourist! They dressed this girls with short skirts and skimpy wear, full face of makeup and also Penetrate them, most female kids don't live up to their 10th birthdays in Cambodia,  this sickening act is said to be influenced by the alarming rate of poverty! The country is so poor that parents don't mind giving their babies up to these demons to defile.

We can only hope and pray for them!

How to Get Rid of Ants