Sri Lanka’s terror reminds us that social media can kill 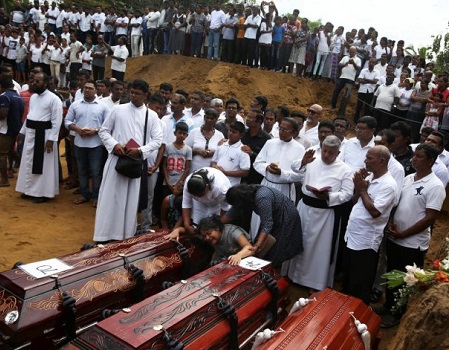 Eight years ago, Western observers were appalled when then-Egyptian president Hosni Mubarak cut off internet access in the midst of the Arab Spring uprisings. Back then, Facebook, Twitter, and other Social Media were seen as tools of liberation, empowering ordinary citizens to stand up against the forces of repression.

Alec Ross, a top aide to Hillary Clinton when she was secretary of state, went so far as to call the internet “the Che Guevara of the 21st century,” enthusing: “Dictatorships are now more vulnerable than they have ever been before, in part — but not entirely — because of the devolution of power from the nation state to the individual.”

What a long, ugly trip it has been since those hopeful days. How bad has it gotten? When the Sri Lankan government shut down Facebook and other Social platforms following Sunday’s deadly terrorist attacks on churches and hotels, many people applauded, citing social media’s seemingly unlimited potential to spread dangerous rumors and incite more violence. Leading the charge was Kara Swisher, a longtime technology journalist who now writes a column for The New York Times.

“It pains me as a journalist, and someone who once believed that a worldwide communications medium would herald more tolerance, to admit this — to say that my first instinct was to turn it all off,” Swisher wrote. “But it has become clear to me with every incident that the greatest experiment in human interaction in the history of the world continues to fail in ever more dangerous ways.”

Ivan Sigal, the executive director of Global Voices, a project founded at Harvard Law School for the express purpose of giving a voice to citizen journalists across the world, took to Twitter to praise Sri Lanka’s action, as noted by CNN. “A few years ago we’d view the blocking of social media sites after an attack as outrageous censorship; now we think of it as essential duty of care, to protect ourselves from threat,” said Sigal.

Needless to say, we’ve learned a lot since those heady days when we believed that social media would bring people together, leading to a utopian world community overflowing with peace, love, and understanding. The dark side has become ever more prevalent in recent years as Facebook and its ilk have fostered the rise of right-wing populism from the Philippines to Hungary, from the United Kingdom to the United States.

Sometimes it’s because bad actors have manipulated the platforms, as the Russians did during the 2016 U.S. election — or, more tragically, as the military in Myanmar did in whipping up genocidal violence against that country’s Muslim minority. Sometimes it’s because the platforms work exactly the way they’re supposed to. Facebook, with its 2.3 billion active monthly users, relies on algorithms that keep those users online and engaged — and the most effective way to do that is to serve up content that appeals to their sense of outrage and grievance.

In his book “Antisocial Media: How Facebook Disconnects Us and Undermines Democracy,” Siva Vaidhyanathan argues that the company’s chief executive, Mark Zuckerberg, is naive and idealistic rather than deliberately destructive — but that makes him no less nefarious an actor. “Mark Zuckerberg is profoundly uneducated,” Vaidhyanathan writes. “He lacks an appreciation for nuance, complexity, contingency, or even difficulty. Zuckerberg has a vibrant moral passion. But he lacks a historical sense of the horrible things that humans are capable of doing to each other and the planet.”

As BuzzFeed News noted, not everyone applauded the Sri Lankan government’s social shutdown. Some pointed out that Facebook and other platforms are among the few means that ordinary people have to stay in touch with their friends and family members and to check on their safety. Others said that the privileged (not to mention the terrorists themselves) would not be affected, as they could simply use a VPN — that is, a virtual private network — to get around the censorship decree.

Facebook itself said in a statement: “People rely on our services to communicate with their loved ones and we are committed to maintaining our services and to helping the community and the country during this tragic time.”

CNN’s daily media newsletter asked: “Have we really reached a moment where a government being able to shut down the world’s most important social media platforms is better than having the platforms up and running after a terrorist attack, misinformation and all?”

It would appear that the answer to that question is yes. Yes, it is better. Simply put, social media, and especially Facebook, have not just failed to live up to their promise — they’ve been a detriment across the world, undermining democracy, stirring up hatred, and costing lives.

This post first appeared on Tribune, please read the originial post: here
People also like
Modern Venice Architecture
Why I Chose to Be Vaccinated Against COVID-19
Cybersecurity secrets that hackers don’t want you to know in 2021
MICRO BUSINESSES

Sri Lanka’s terror reminds us that social media can kill