Man in court for allegedly beating up policeman 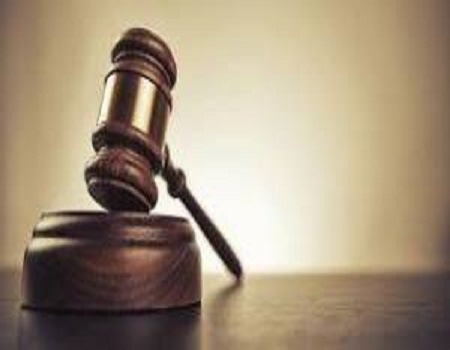 A 42-year-old man, Amstrong Ibe, on Tuesday appeared in a Badagry Chief Magistrates’ Court in Lagos State for Allegedly Beating up a police sergeant while on duty in a hotel.

Ibe, whose address was not given, is charged with assault, breach of peace and felony.

The Prosecutor, Sgt. Ayodele Adeosun, told the court that the Defendant committed the offence on April 12, at about 8:30 p.m., at New Planet Hotel, Aka Road, Ajangbadi area of Lagos.

ALSO READ: Give SGF to South-East to market APC ahead of 2023 ― Nwoye tells Buhari

The prosecution said that the defendant conducted himself in a manner likely to cause a breach of peace by harassing and disturbing the peace of customers at the hotel.

The accused, however, pleaded not guilty to the charges.

The Chief Magistrate, Mr Aka Bashorun, admitted the defendant to bail in the sum of N100, 000 with one surety in like sum.

Bashorun adjourned the case until May 21 for hearing.

The post Man in court for allegedly beating up policeman appeared first on Tribune Online.

Man in court for allegedly beating up policeman